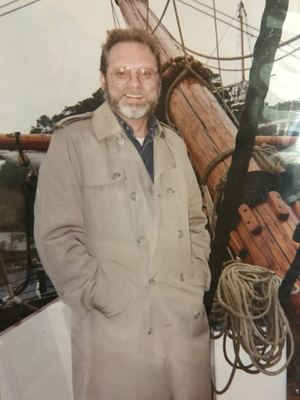 Corrie Dean Helber, a long time resident of Lake Lotawana, passed away early Sunday, July 29th, 2018. After graduating from CMSU, he went on to a career in environmental health and safety. He was previously married to Jennifer Thrutchely. They raised their two children at Lake Lotawana where he served on the Association of board of directors. He was a pack leader for Troop 251, and he supported KCPT, KCUR, and NPR. He was an intelligent man with a witty, but dry sense of humor who never took life too seriously. His view of the world led to many thoughtful conversations. He was preceded in death by his first born Amber Joy Helber, his father and mother, Charles and Bernice Helber. His survivors include his daughter, Eva Helber, his son, Josiah Helber, his granddaughters Gianna Calvert, Harlo Lightfoot-Helber, and Penelope Calvert, his sister Penny Nanneman (Jim), his brother, Wesley Helber (Jeanne), his brother Richard Helber (Karen), along with many other nieces, nephews and cousins. Memorial services will be held at Langsford Funeral Home on Saturday, August 4, 2018. Visitation at Noon, service at 1pm. In lieu of flowers, contributions can be made to KCPT.