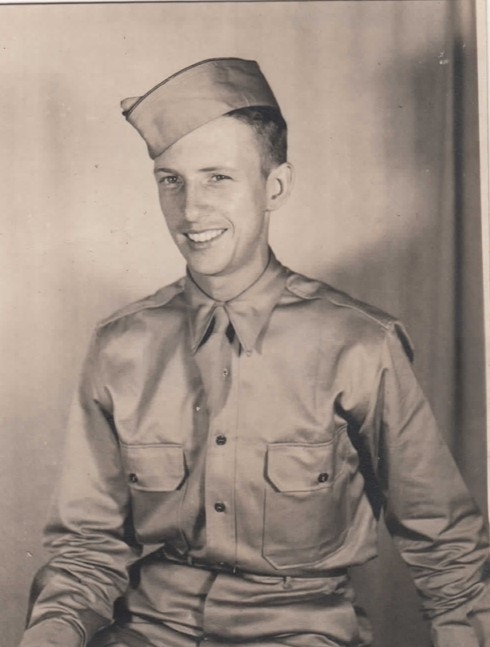 Another member of the Greatest Generation, David E. Wilkerson, age 96, Raymore, MO, formerly of Lake Winnebago, MO, passed away June 22, 2019. He was born on October 25, 1922 to Glee (Rhoads) and William J. Wilkerson in Indianapolis, Indiana. Dave, as he was known, was inducted into the Army Air Corps in March, 1943, one of five brothers who served in World War II. He trained as a Norden bombsight mechanic servicing B-29s and was stationed in India, China and the island of Tinian in the South Pacific. Upon his honorable discharge in November of 1945, Dave returned home to Indiana where he began his long career for the Western Electric Company, retiring as a Sr. Design Engineer from AT&T in 1985.

Besides being a proud military veteran, engineer, husband, father, grandfather and greatgrandfather, Dave was active in his community as a member of the Lion’s Club Lake Winnebago chapter and Hickman Mills American Legion Post 598. He always wanted to stay productive and decided in his 90s to learn the art of Stained Glass. He crafted beautiful pieces that became cherished gifts to family and friends. This extraordinarily remarkable man will be dearly missed by family and friends. Finally reunited with his beautiful bride and our mother, may he rest in peace.

Visitation will be Thursday, July 18th, from 10:00 to 11:00am at The Gathering Baptist Church, 4505 S. Noland Rd, Independence. A memorial service will immediately follow at 11:00am. A graveside service with military honors will be at the Lee’s Summit Cemetery. The family suggests memorial contributions be made to a Military or Veterans Organization of your choice.