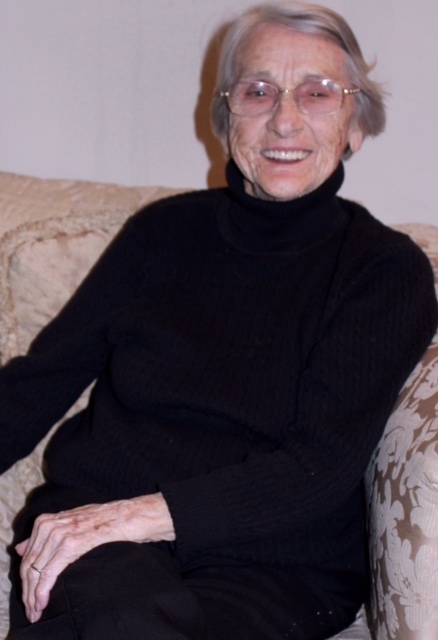 Ila then pursued a career at Boeing Aircraft in Wichita, KS, where she proudly helped the war effort during World War II. She often recalled watching the first B-29 as it was built and taxied down the runway for its maiden voyage.

Following WWII, she moved to Springfield, MO, where she married Cecil White to whom she was married sixty-one years. Their marriage produced three children; Doyle White and Dean White of Lee’s Summit, MO, and Bonita White of Austin, TX.

Ila loved God, country and family. She was the superintendent of her church’s Sunday School for twenty-five years. She was a lifelong member of the Church of God of Anderson, IN. Ila was one of eight children; Orgel, Paul, Vernon, Obed, Reba, Zelpha Rhea and Kenneth. Reba is the only surviving sibling.

Ila was loved and respected by all who had the good fortune to know her. Visitation for Ila will be held at Langsford Funeral Home, Lee’s Summit, MO, on Saturday November 16th at 10 a.m. followed by the funeral at 11 a.m. Burial will follow at Floral Hills East Cemetery, Lee’s Summit, MO.