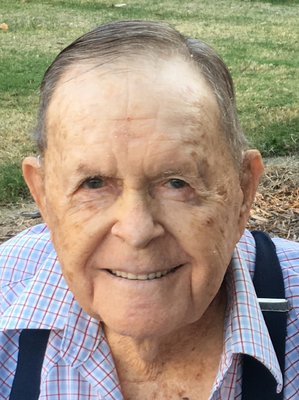 James Alvin Jackson of Gravois Mills, Missouri departed this life on Saturday, June 9, 2018 at the Missouri Veterans Home in Warrensburg, Missouri at the age of 96.

James began working at Lake City Ammunition Plant in 1965 and retired in 1980.

He is preceded in death by his parents; six siblings; and two wives. Survivors include his sons, Dennis, Eldon Don, and James Lloyd; step-daughter, Sandy Rice; six grandchildren; and 20 great-grandchildren.
Services for James will be Wednesday, June 13, 2018 at Langsford Funeral Home. Visitation will be from 1-2pm, service at 2pm, and burial at Floral Hills East Memorial Gardens.

Memorial contributions may be made to the charity of your choice or to the Missouri Veterans Home, Warrensburg, Missouri.