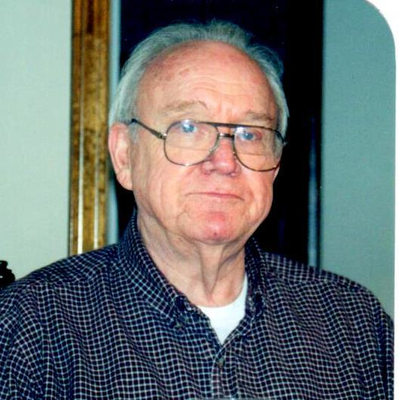 James (Jim) Gibson, formerly of Overland Park, passed away March 6, 2018 at the Missouri Veterans Home, Warrensburg. Born June 27, 1930 in Paris, TX to William and Jenny Gibson, James embarked on a long career with Western Union, starting as a bicycle messenger in his early teens. It was at Western Union that he met and married Imogene Looper. The two would enjoy 63 years of marriage before Imogene’s passing in 2013.
Western Union never let the family stay anywhere for long, moving Jim and family to locations throughout Texas, Louisiana, New Mexico, and finally Kansas City in 1969. Jim retired from Western Union in the late 70s, and began a second career at Social Security. Following his second retirement, he worked for a credit service bureau, until forgetfulness began to take over.

Jim was a gentle soul who gave himself unselfishly to his family. He will be missed terribly, and remembered with love. The family is immensely grateful to the Missouri Veterans Home for the loving care he received over the last seven months.

May your soul rest in peace until He returns. We love you, daddy.