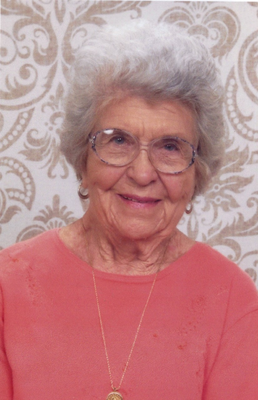 Mary Katherine Crane (Painter) Wisner, age 92 of Kansas City, Mo passed away July 24, 2018 at Seasons Memory Care. Funeral services will be at Langsford Funeral Home on Monday, July 30th at 11:00 AM with visitation one hour prior. Burial to follow at Lee’s Summit Historical Cemetery.

Mary Kay was born August 20, 1925 in Columbia, MO to Troy Franklin Crane and Anna Lee Davis. She grew up on a farm with her younger sister Mildred. Kay married Marvin L. Painter in 1945. They had four children, Dennis, Sharon, Shirley and Diane. She married Herman Otis Stoner in 1961. She was married to William E. Francis from 1971 until his death in 1990. She married Charles Dean Wisner in 1996 and they enjoyed life together until his death in 1999.

Kay worked at W. T. Grants in the 1960’s then worked as a grocery store clerk at Thriftway. She and Bill owned and operated Kay’s Restaurant at the Kansas City Car Auction for many years.

Kay loved animals and enjoyed her dogs, cats and birds. She was an avid crocheter and blessed her family with many afghans and scarves. She played piano, guitar and mandolin. Old hymns and Lawrence Welk were some of her favorite music.

Kay is preceded in death by her parents, her sister Mildred, her husbands Bill and Dean and her daughter Diane.