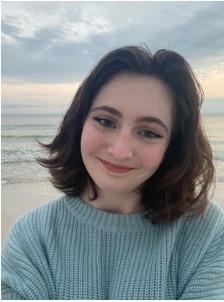 Ava Kathryn Parshall was born on October 28, 2004 and left this earth on March 23, 2022. Her parents often said that Ava disliked being a baby, and was much happier when she gained the freedom of walking and running, which she was doing well before her first birthday. She was reading chapter books in kindergarten, and very quickly graduated to the Harry Potter series, which she read no less than 8 times before high school. She read over 16,000 pages during the summer before 7th grade, and represented Sunset Valley Elementary School in the Jackson County Spelling Bee in 8th grade. She was passionate, and would argue political issues with a depth of understanding of someone much older than her years. She cared about equality and justice. She was sweet and polite, kind and giving, with a sharp sense of humor and a smile that lit up the room. She had an eye for beauty, and would capture that through photography, drawing and painting. The world has lost one of the most kind, compassionate, loving souls – a bright light in a sometimes dark world. In the end, though, it was the darkness of depression and anxiety that brought her beautiful life to a much-too-early close. However, in typical Ava fashion, her last thoughts were ensuring that her friends would lean on each other for support after her death. She leaves behind her broken-hearted parents, Becky Parshall of Lee’s Summit and Ryan Parshall of Kansas City, Missouri, and beloved brother, Kobe. Grandparents Rick and Kathy Frisbie of McDonald, Kansas and Joe and Frankie Parshall of Odessa, Missouri. Great-grandparents Fred and LaVina Waters of Colby, Kansas. Aunt Shelley and uncle Wayne Holsten of Lone Jack, Missouri and uncle Ben Frisbie of Corvallis, Oregon. A long list of cousins, extended family, friends, classmates, and teachers all mourn her loss. In lieu of flowers, the family requests memorials be made to the Zero Youth Suicide initiative at ReDiscover Mental Health Services. Donations may be made at this link: https://interland3.donorperfect.net/weblink/WebLink.aspx?name=E197374&id=4.

Please join us this Sunday, March 27th in a Celebration of Life for Ava. It’s open invitation, come and go, from 2-5 pm at The Stanley in downtown Lee’s Summit.