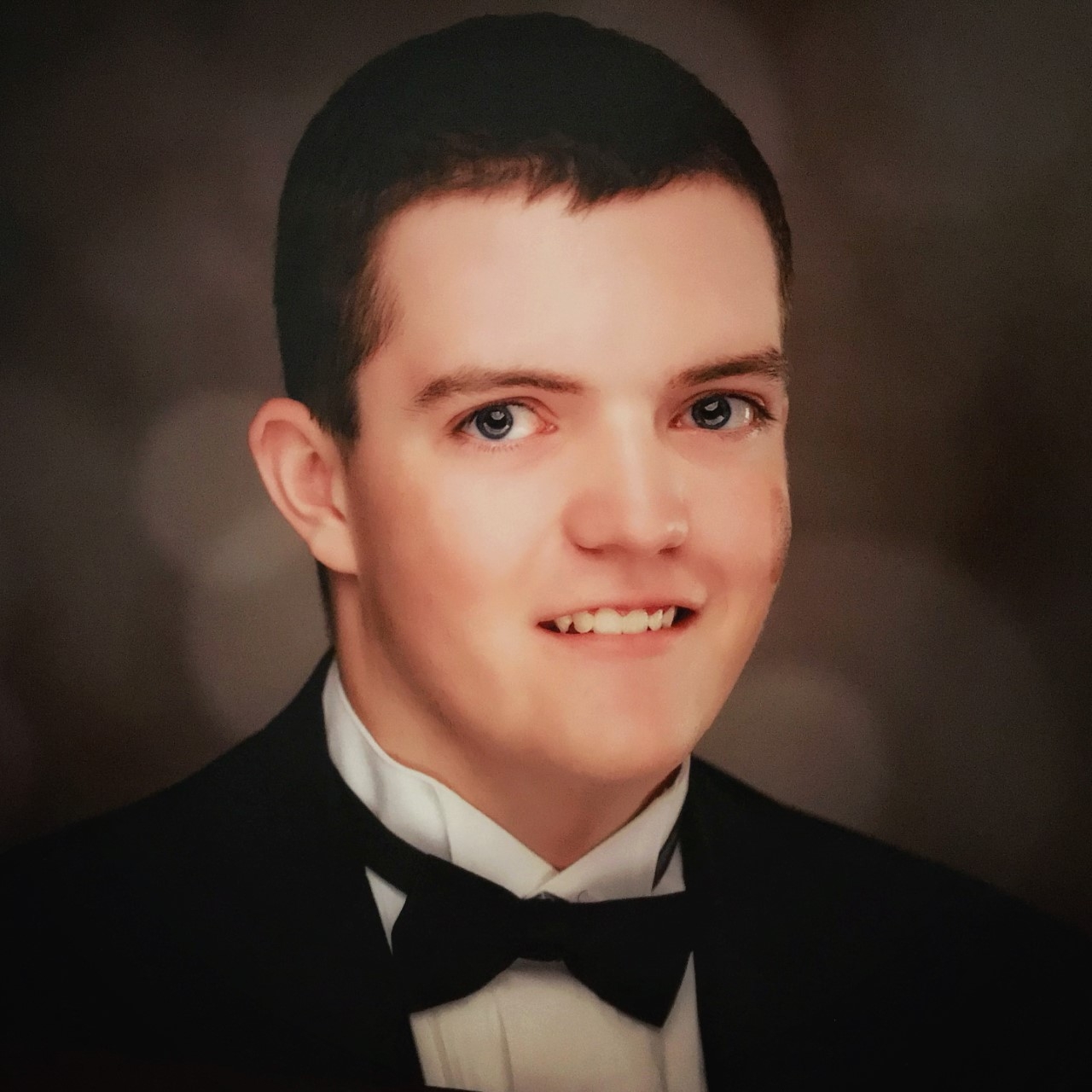 Adam Alexander Reeb was born December 8, 1998, at St. Luke’s Hospital in Kansas City, Mo. He was a sophomore studying physics at Creighton University in Omaha. He was active in campus ministry through Candlelight Choir and a member of the university’s Chamber Choir. In addition to his love of music and singing, he also was interested in the sciences especially meteorology, Italian culture and language, bowling, and baseball. He was a die-hard fan of the St. Louis Cardinals baseball team.

The youngest of four children, Adam grew up in Lee’s Summit, attending Our Lady of Presentation School, Nativity Parish School in Leawood, and Rockhurst High School, where he graduated in 2017. He participated in the St. Margaret youth group and played recreational and competitive sports, including golf, baseball, soccer, football, and basketball while in school. He was an avid juggler.

In the spring of 2015, Adam was diagnosed with ALL (leukemia), and underwent chemotherapy and a bone marrow transplant at Children’s Mercy Hospital. In the fall, he returned to school and was able to visit Philadelphia during Pope Francis’s visit to the States and heard the Pope’s address in front of Independence Hall. He visited Italy with the Rockhurst High School choir.

He began studying at Creighton University in the fall of 2017, and during a routine checkup in December of that year, it was discovered his cancer had relapsed. He spent most of 2018 undergoing a clinical trial to kill leukemia cells in Bethesda, MD, as well as a second stem cell transplant at Children’s Mercy. During this time, he took classes online to continue his course of study. He returned to campus in January. His cancer relapsed again in March. Adam continued studying on campus while undergoing chemotherapy treatment. Adam died Wednesday, May 1, at Children’s Mercy Hospital from complications with ALL. Although Adam had leukemia, he never let the disease define his dreams or his life.

He is survived by his parents, Matthew and Pamela Reeb; sisters, Emily Reeb and Meghan Reeb; and brother, Eric Reeb.

There will be a Mass at 10:00 AM on Monday, May 6, 2019 at St. Margaret of Scotland Catholic Church in Lee’s Summit, Missouri. A visitation will be from 3:00 PM – 5:00 PM on Sunday, May 5, 2019 at the church. Memorials are suggested to Creighton University Chamber Choir or Children’s Mercy Hospital Hematology and Oncology Department.

We hope that the love of family and millions of happy memories comfort you in this painful time.

Matt, Pam, & family, my deepest sympathies to you. I remember when Adam was born. May you feel the comfort and healing of God’s love through the many prayers of those surrounding you. God bless.

Dear Matt and Pam,
I am so very sorry for your loss. I can only imagine how incredibly difficult this is for you both and your kids. Love, and prayers to you all.
Love,
Katrina .

Thinking of you all constantly as you grieve. Praying for continued strength and peace for each of you. I wish I could be there to celebrate Adam’s life. Sending my love from Omaha.

We want to give our deepest condolences for your loss. Sending prayers for peace and comfort to all. R.I.P., Adam.

I want to give my deepest condolences for your loss. Sending prayers for peace and comfort to all.

Dear Matt, Pam, Emily, Meghan and Eric,
I am so sorry to hear about the passing of Adam. My wife, Melissa, and I are praying for you all. Adam sounds like an amazing young man who fought courageously and bravely. I pray God gives you strength and helps ease your pain over time. God bless you all.

I do not know you or your son, but I am a physician and your story truly touched me. What a wonderful young man! I grieve for your loss.

My condolences for the loss of your dear son. May he Rest In Peace. I am thinking of you all today and I’m sorry I cannot be there to give you a hug. I offer you this blessing and hope that you will find solace in the happy memories you have with Adam.

Blessing for the Brokenhearted

Let us agree
for now
that we will not say
the breaking
makes us stronger
or that it is better
to have this pain
than to have done
without this love.

Let us promise
we will not
tell ourselves
time will heal
the wound,
when every day
our waking
opens it anew.

Perhaps for now
it can be enough
to simply marvel
at the mystery
of how a heart
so broken
can go on beating,
as if it were made
for precisely this—

as if it knows
the only cure for love
is more of it,

as if it sees
the heart’s sole remedy
for breaking
is to love still,

as if it trusts
that its own
persistent pulse
is the rhythm
of a blessing
we cannot
begin to fathom
but will save us
nonetheless.
—Jan Richardson

So sorry for your loss. Please know you have been and will continue to be in our thoughts and prayers! Hugs to you!

Matt & Pam, I just bumped into this posted from a friend of mine who was a friend of yours. I can’t express adequately how sorry we are of just now learning of this. Heck of a kid who was raised by terrific parents who is gone way too soon. I am sure you will find a way to move forward with the help of your extended family. May God’s gift of healing be with you.

I am heartbroken and sad that I did not find this out till after the funeral on Tuesday. I will always have fond memories of Adam and my son Jonathan playing baseball together as youngsters. I can only have comfort in knowing that he is now a member of the Choir of Angels that will sing in the heavens. Linda and myself will keep Adam and your family in our hearts in this time of great need.
Love,
Greg, Linda and Jonathan Steele

Matt and Pam- we are thinking of you and your family with prayers that you feel God’s love with you especially now.
Guy and Caryn Martin

Matt and Pam,
My heart breaks for you and your family. I want to thank you for being such beautiful examples as parents. Your love for your children has always been evident to those around you. Adam is lucky to have had you, as all of your children are still. May God bring you through this pain. You are in my prayers.