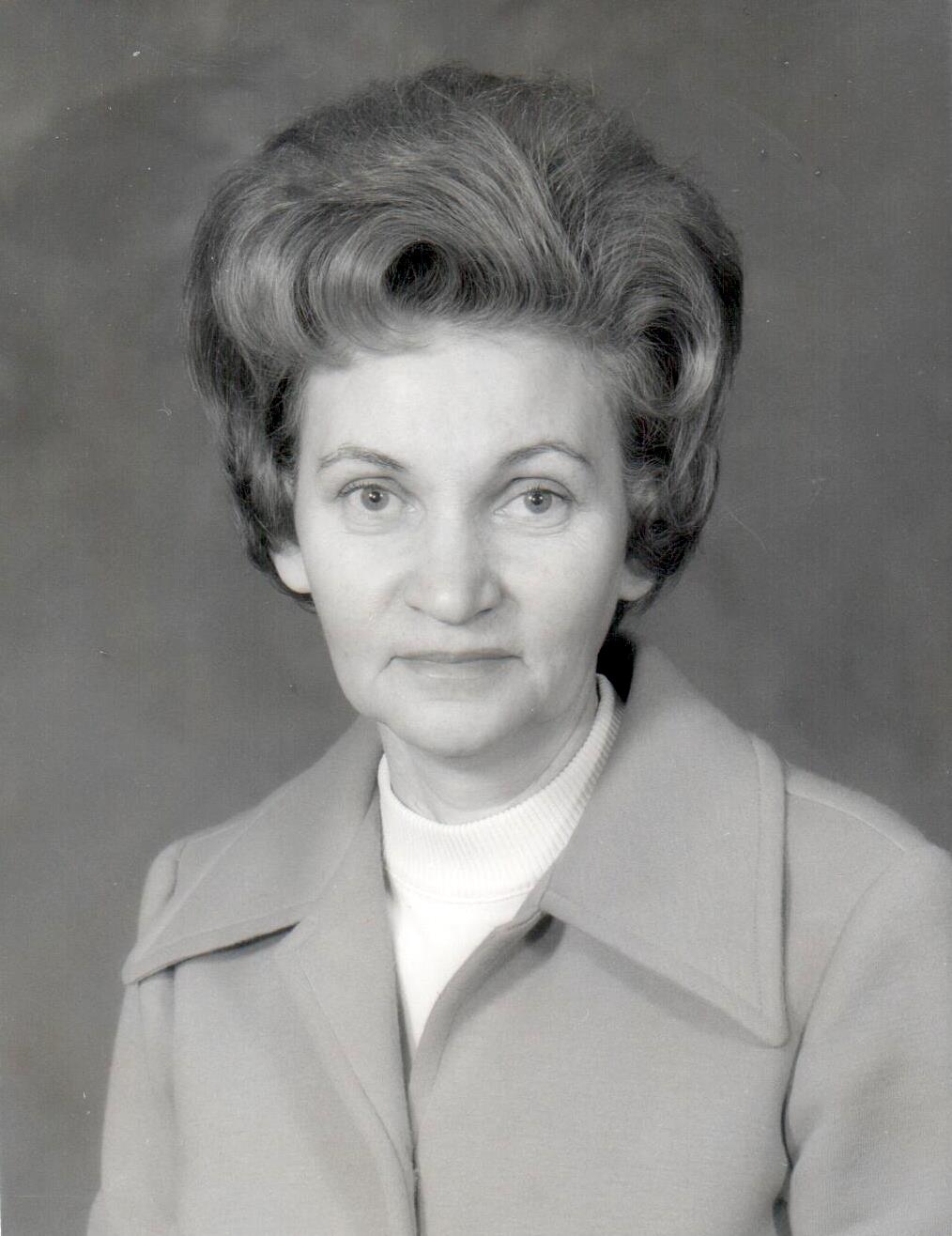 Anita was born on March 4, 1922, in Warrensburg, Mo. to Eunice Pearl Myers and Charles Joshua Hedgecock. Anita worked as a book keeper for Standard Oil Company in Kansas City, Mo. for 10 years. Upon retirement, Anita loved to paint, garden, cook, and research her genealogy. In service to others, she volunteered with a group that was instrumental in raising building funds for the Community of Christ in Lee’s Summit, Mo. Anita served as an Elder in the Lee’s Summit Congregation and a delegate to the Community of Christ World Conference. Her passion for family genealogy naturally resulted in her membership with the Daughters of the American Revolution Organization. Anita actively served as Past Regent in the Lee’s Summit, Mo. Prairie Chapter, as well as, Historian and Chaplain in the White Alloe, Parkville, Mo. chapter. She was also a member of the Colonial Dames CDXVIIC, Kansas City, Mo. chapter and Daughters of the American Colonies. Anita was a member of the GFWC chapters in Lee’s Summit and later Parkville.

Anita married John Franklin Homan, Jr. on Dec. 25, 1940. They resided most of their married life in Lee’s Summit, Mo. Anita was preceded in death by her husband John, a daughter Jacquelin Ann Fowler, a sister Lila Jean Gardner, and a great granddaughter Margot Elizabeth Fowler.

In lieu of flowers, Memorial Contributions may be made to Lee’s Summit Community of Christ, 1101 NE Independence Ave., Lee’s Summit, Mo. 64063

Judy and Family,
I am so sorry to hear of Anita’s passing. She was such a great lady, I felt such a closeness with her and loved her very much. I know she will be greatly missed.

My condolences to you Aunt Judy and the Familly
Jimmy

My condolences to the family, I am heart broken and sad for I loved Anita and John Homan. They were so kind and caring to me and others, I miss them There kindness and love is in my heart for ever, with deepest sympathy, mahshid and Tim boylan

Please know how sincerely all of us send our condolences in the passing of our dear, long time friend, Anita. Knowing her love of all things genealogically, we so enjoyed sharing memberships in both DAR and Colonial Dames with her. Her long and beautiful life leaves a vacancy for us all.