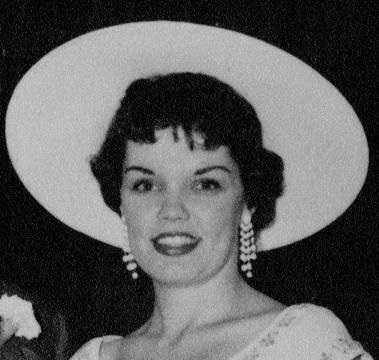 Ann Jensen, 87, passed away Tuesday, October 23, 2018 at the Indian Creek Healthcare Center in Overland Park Kansas. Neva Ann Woods was born October 28, 1930 in Pittsburg, Kansas to Doran Charles Woods and Ruth Geneva (Scott) Woods. After graduating from Pittsburg High School, Ann moved to Tulsa, Oklahoma to pursue higher education. She was working in Tulsa when she met her future husband, Paul Juul Jensen. They were married in Tulsa on May 20, 1955. After their marriage Ann and Paul lived in Ponca City, Oklahoma. In Ponca City, Ann worked for the State Farm Insurance Agency of Pinky Lee and then later as a bookkeeper at McVay’s Western Outfitters.

After Paul retired from his Chiropractic Practice, they enjoyed extended vacations in their RV. They enjoyed wintering is South Texas so much that they moved to the Corpus Christi area, and lived there for several years. Later they moved to the Kansas City area to be closer to their daughter and grandchildren.

Ann’s ashes will be laid to rest beside her husband in the Leavenworth National Cemetery, in Leavenworth, Kansas at a later date. Per Ann’s request there will be no funeral service.

My condolences to all of Ann’s family on her passing!! So many fond memories of my cousin from years ago when we visited she and Paul and we’d camp together in our RV’s. Love and blessings to my nieces and their children and may God comfort you as only He can. Love, Aunt Dessiree

My condolences and love go out to Cheryl and Bobby, Family and Friends in the passing of Cheryl’s mother. I know she has found release from the pain and suffering of later years and is at Peace in God’s mercy.

I did not know your mom, but she was a beautiful lady. I hope you will often remember the good times you shared with her; then, honor her by making good memories with the loved ones she left behind.