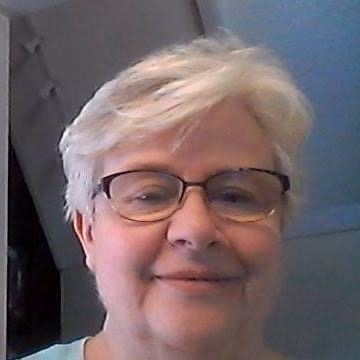 Barbara Landes was born Barbara Ann Waterworth in Kansas City, MO, on February 6, 1949, to Charles and Lois Waterworth. She was the eldest of 4 children. She married David Landes on August 22, 1969. They had 2 children, Carrie Brigham and Robert Landes. Barbara put on the Lord in baptism at the age of 13 and was a member of the church of Christ all her life. Barbara’s mother, Lois, and her sister, Paula, preceded her in death. She is survived by her husband, David, of the home, daughter Carrie, also of the home, son Rob and his wife, Maggie of Killeen, TX, father Charles Waterworth, Nixa MO, sister Leslie Waterworth, Springfield MO and brother Bryan Waterworth and Connie of Clever MO. In addition, she leaves 7 grandchildren: Regan Klug of Des Moines IA, Jackson and Ethan Brigham of the home, Camryn Brigham of Kansas City MO, Brady Landes of New Mexico and Caroline and Garrett Lueg of Killeen TX.

David & Barbara married while he was in the Marine Corps and she was in nursing school. After she graduated in 1970, they moved to Santa Ana, CA and lived there until after Carrie was born in 1971. She always joked that after she moved to CA, it was declared a national disaster area 3 times! David was discharged from the Marine Corps in 1971 and they moved to Raytown MO, but it was difficult for David to find a job and so in 1972, he joined the Marine Corps again and this time they moved to Mission Viejo CA. Rob was born there in 1973. In 1975, David & Barbara moved to the Memphis TN area while David was in school. They were only there about 9 months and then moved on to Havelock NC. They were there 3.5 years before they moved to Alexandria Egypt where David was in the Marine detachment at the American Consulate. After about a year, they moved to Yuma AZ and were there an unprecedented 10 years! David retired from the Marine Corps in 1989 and they moved to Lee’s Summit MO in 1990 to be closer to their families. Everywhere they were stationed, they found a church of Christ to attend except Egypt where they were the church! Barbara worked a variety of nursing jobs which changed with each move. Her favorite jobs were school nursing in Yuma and home health nursing in Kansas City. She and David both retired at the age of 62 to get some of that promised Social Security money before it ran out!

Barbara wants you to know the following things about her:

But here’s the great news:

She wants you to know that you can be blessed, have peace of mind and find salvation by trusting in Jesus, obeying his word, living the way he wants you to and digging deep in his word.

(You can add whatever you think is appropriate, but don’t make me sound better than I was. I was just an ordinary person who was blessed by God beyond measure.)

Memorial Contributions can be made to The ALS Association in Barbara name.

So sorry for the family’s loss of a dear, loving Christian wife, mother & sister.

So sorry for your great loss. I’m sure she will be missed here by many loved ones. She will be welcomed in Heaven by those gone before and be waiting patiently for others to join her. May The Lord bless and keep you all in His Loving care. Love to you all.

Barbara was an inspiration to me and many others. I enjoyed visiting. with her. Praying for your comfort I know you have the satisfaction of knowing where she is and no longer suffering

Barbara was a living example for many of us to follow. She was a woman with convictions and the courage to live out her faith. May God comfort her family as they anticipate a reunion in heaven with her again one day. I will see you again in heaven Barbara! But until that day, may your family know many want to follow your fine example of a fine Christian woman. You will be missed and you were loved deeply by your family and friends!

My sincere condolences to the loss of Miss Barbara. I spent quite a bit of time at their home in Yuma being friends with Carrie. Miss Barbara was always sweet and kind. She will be missed. Thoughts and prayers.

We have fond memories of Barbara from the Midwest
Bible study and especially the year she and David joined us at Lake Shawnee in their new camper. Our condolences to her family. We are finding joy in envisioning her in glory.

What a beautiful tribute! You described the life that I am striving for… not perfect but saved by God’s grace! I’m so sorry for your loss! I wish I had known her better. Thinking of you all and praying for God’s comfort to ease the days and months ahead.

What a gift Barbara was to all of our lives. We know you will miss her beyond measure but you will also have the confidence she is signing and rejoicing in the arm of Christ.

Barbara had a very sweet and spicy character.
She did love her family and her community with her whole heart.
She loved God…had a sweet relationship with Jesus…and had a love for her neighbors.

We are praying for your family through this bittersweet time. We are amazed by the amount of cars and people that have been between our houses for the last few weeks…when they slow down we will be here!

I worked in Yuma with Barb. She was our school nurse.. I was the Special Ed teacher. We worked closely as some of my students needed additional medical help. During that time I lost my first son. Barb was a huge part of my healing.. she walked with me everyday. One day I was afraid to go back into my Dr and Barb knew that. I was afraid to ask the question, “Did my child suffer”. Barb joined me, sat with me at the Drs and helped me form the words. When we left the Dr she had to repeat, explain in the kindest way the Dr responses. During the hardest days of my life, I felt Barb’s love and support. I remember her kind eyes.. supportive words and strength. Barb holds a special place in my heart. I am so sorry for your loss.. However, I do love the fact that Barb taught her grandchildren how to burp the alphabet! That sounds like the forever funny Barb.

Carrie – Your mom was seemingly un-phased by anything that came her way. That peace in her presence is pretty amazing – and clearly she passed that rock solid strength on to you, Carrie. So many things when we were younger and wilder and she never seemed too dramatic about any of the crazy stuff we did. Maybe her faith gave her perspective. I recall that the last time I saw her I was standing in her kitchen with you – when she walked in and without missing a beat, she said hello like it was the most normal thing ever for me to be there after not seeing her after 20 years. She was cool and not judge-y and understood how to live like Jesus. What an amazing mom you have. Hugs to you – Amy

I am so saddened to hear of Barbara’s passing. I always enjoyed talking to her and was so glad we had so many visits with her and her family while I was growing up. Love to her Dad Uncle Chuck, David, Carrie and Rob and families. Thinking about you all.
Love, Lara

David and Family. We wish to send our sympathies over the death of Barbara. Even though she was ready to depart and be with the Lord, it is still rough to lose such a sweet and loving person. We will never forget how Wilford spoke from the pulpit about the wonderful daughter-in-law that they had and how she conducted Bible Studies while they were in the different areas where David was deployed. It always stuck with me as to how she could make friends so quickly and have an opportunity to study with them. What a very important virtue. May God wrap his arms around you and give you peace in the days ahead.