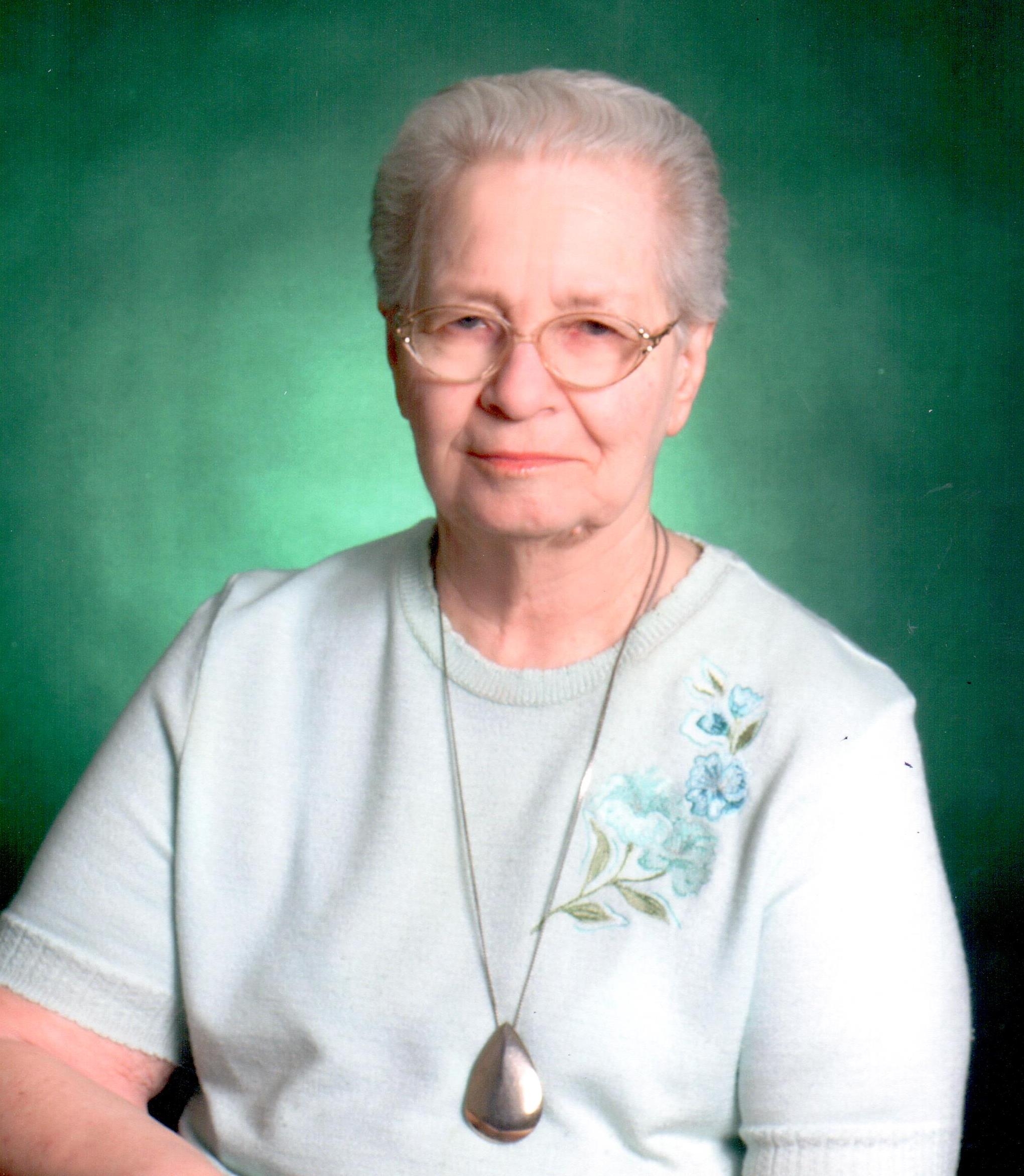 Barbara Ann Trull MacMillan passed away on October 21, 2018 at the age of 90. Barbara was born September 7, 1928 in Kansas City, KS to William and Queenie Leimkuhler. She lived in the Greater Kansas City area all her life. Memorial services will be held Saturday, October 27th, 2pm at the First Baptist Church, 2NE Douglas, Lee’s Summit, MO. In lieu of flowers, the family suggests donations to the First Baptist Church of Lee’s Summit or to the Lee’s Summit Social Services.

Barbara and Neal were married in 1952 and from that marriage came three fine sons: David Trull (Vicki), Katy, TX; Paul Trull (Shirley), Mayetta, KS; and Peter Trull (Patty), Hillsdale, KS. After Neal passed away in 1988, Barbara married Stuart MacMillan in 1992. With that marriage, the family circle was enlarged to include Mac’s five children: Karen Jackson (Rick), Overland Park, KS; Craig MacMillan (Mary Ellen), Watertown, CT; Kyle Dellario (Charles), Lee’s Summit, MO; Muriel May (Steven), Fredericksburg, VA; and Todd MacMillan (Coleen) Salem, OR. In addition to the above children, she is also survived by many grandchildren and great-grandchildren who knew her as “Grammy”.

Grammy enjoyed golfing, bowling, travelling and playing cards. At one time she was a member of the Sanctuary Choir, the Bell Choir and the Joyful Singers. She had a great voice and was a good piano player as well. She was a Sunday School teacher for several years. For many years, she enjoyed doing volunteer work at John Knox Village Care Center and Lee’s Summit Social Services. Her body was cremated as was her wishes with her ashes spread over the Kansas prairie.

I’m so sorry, Pete! Your Mom sounds like a truly special person! Thoughts and prayers with you and your family.

Mrs. Trull-Macmillan’s family are in my thoughts and prayers. God bless.

Se have heard and are deeply moved by Bárbaras “Promotion”.
Our heart goes out to Bárbara’s family and our prayers and love are with you and towards you.
Barbara was not only a wife, mother, sister, friend and a good christian woman but also a woman of prayer and a mother to many children here at Rancho Del Rey Children’s Home. Today these children have a home, food in their tummys, a clean bed to sleep on, a secure place to study and a hopful future, thanks in part, to Bárbara’s years of faithful support towards this home.
“Well done they good and faithful servant, entre thou into the joy of thy Lord.”
So to Barbara’s family we say; GRACIAS…how proud you must be to have loved and known such an extraordinary Lady.
May you find comforted in knowing she is now where she longed to be and she now sees Jesus in all His glory.
Yours Truly,
Dan Moller