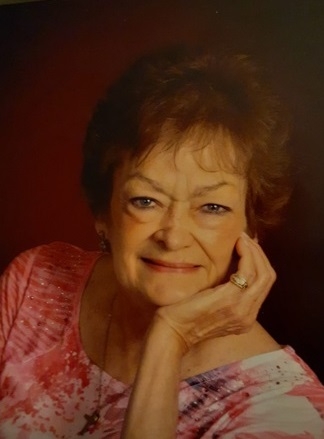 Barbara Joan (Tragesser) Durbin, 72, of Greenwood MO passed away on March 26, 2020 at her daughter’s home surrounded by her family. Burial at Greenwood Cemetery. Memorial contributions may be made to MDA (Muscular Dystrophy Association) in memory of her nephew Matthew Tragesser.
Barbara was born on August 17, 1947 in Shelbyville, Indiana. She was married by the age of 19 and started her family of four sons and one daughter. She always told people that she had five kids within five years (one set of twins). During the children’s early years, the family relocated frequently due to career moves. They settled in the Greenwood area and Barbara remained there, with much of her family close by.
Accounting was her life long career. Barbara started at the age of 16, and later was a working mother with five children. Most recently accounting provided the path for her to fulfill her dream of working with her daughter. She continued to do so, even just days ago, until cancer took her from us.
Barbara “Momma Jo” made everyone feel at home with her loving spirit. All felt at home and welcome when they visited the “Durbin” household, including her friends, the kids’ friends growing up, and most recently the grandkids and their friends. She would always have food ready and no one ever left hungry. Barbara was known for her family recipes like goetta (an oatmeal and pork dish), spaghetti sauce, her homemade noodles, and her re-creation of the well-known Skyline Chili. Christmas was always very important to Barbara. She wanted the family to attend Christmas Mass together. After Mass a family meal was shared, and gifts were exchanged. Coming from a large family herself, Barbara made sure she spent the same amount on everyone and they had two presents to open. No one was left out. She was a great mom to all.
Barbara was preceded in death by her parents Thomas and Alfreda Tragesser, her brother Michael Tragesser, her brother-in-law John Holder, and her nephew Matthew Tragesser. Survivors include her five children James Durbin (Dee), Jeffrey Durbin (Denise), Todd Durbin (Stephanie), Tammera Brown (Randy), Terry Durbin; nine grandchildren; sisters Janice Holder and Mary Ann Weber (Mark); brother Gary Tragesser (Debbie); sister-in-law Suzanne Tragesser, and many nieces and nephews.

Tammy and family,
I’m saddened to learn that Barbara has passed over. It was short amount of time we spent together, but I enjoyed her company very much! She will be missed greatly. You are all in my thoughts and prayers and Barbara is on my special prayer list. Much love to you.0

Tammy, am so sorry to see about your mother. I enjoyed knowing her when we worked at 3rd and Douglas. God be with your family at this time.

Tammy, so sorry to hear about your Mom. Prayers

So sorry to learn about the passing of Barbara. She is now out of misery, and in a much better place. Lee.

So very sorry to hear of Barbara’s passing. She was such a kind, gentle soul and I enjoyed visiting with her each time I called the office. She will be greatly missed. I’m praying for all of you!

You have our deepest sympathy during this difficult time. Lean on your wonderful family and friends as they undoubtedly will be there for you.

Dear sweet Barbara , I’m thankful and blessed by the friendship I shared with you. You were a friend to me in times when I needed someone. You always treated me like one of the family. I’m so thankful for your beautiful family in my life. I’m so sorry that you have passed. Love you forever moma jo ??? prayers and hugs to your loving family?

We are so sad to hear of the passing of your sweet momma! She was a very special lady that blessed everyone who knew her. She is among the angels now and will forever be in your heart? Love to you Tammy and your family!

My sincere condolences to the Family and Friends. Prayers for healing and peace for all.

My deepest sympathy to all of you on the loss of your mother. I know she will be greatly missed,

condolences to the Family and Friends. Prayers for healing and peace for all.

Barb was a wonderful person and friend. Always enjoyed her Skyline chili.

I loved her so very much. Please know that we love each and every one of you, May God bless this precious family.

Jim, Jeff, Todd, Tammy, Terry and families,
My heart is aching right now because I can’t be with you today. I am with you in spirit, and I know deeply that your Mom and Grandma is looking at all of you and all of us who loved her and telling us that she is okay. She always said that “she is in God’s hands” and we all need to believe that and be thankful that she is no longer in pain. She was a very special lady, and a dear sister. I will miss our phone calls, her laugh, and her beautiful smile, and our special trips for her and Janice’s birthday celebrations. I am sending big “Tragesser” hugs to all of you.
“Aunt Mar”

We send our sincere condolences to Barbara’s family. Norman, a Shelbyville cousin, and I have fond memories of Barbara. Norman remembers many times when Tragesser family gathered for special events, especially traveling to Cincinnati for Thanksgiving. We are saddened at her passing and send our love and prayers. Norman and Jane Kuhn

The Durbin family is one of the closest and yet openly friendly we’ve ever known, and Barb was certainly at the center of it. Always a smile and a laugh. It was a pleasure knowing her, and we mourn her loss with all of you. God bless.

We offer our deepest condolences regarding the loss of your mother, Ms. Barbara Durbin. You are in our thoughts and prayers.

The Robinsons (Jeffrey and Shekita)

Durbin Family,
We are so sorry for your loss! Your mother was a wonderful woman, and we loved her very much!
You are in our thoughts and prayers, as you go through this difficult time!
Love to all of you!

Our deepest sympathy to Todd and the family on the lost of their beloved mother and matriarch “Momma Jo.” We pray for God’s continued hand of peace, grace, and favour on you and the family during this time of transition. We know she will be missed, but may you be comforted by moments of love she shared with you, memories that will warm your heart in the days to come. Know that we remain in prayer with and for you always.

Todd & Family,
I’m sorry to hear of your mom passing. Know that you and your family are in our thoughts and prayers.

We are very sorry to hear of the passing of Barbara. You all are in our thoughts and prayers.
Mark, Julia, Zach, Josh & Emma

So heartbroken to hear of Barb’s passing. Barb and I were very good friends in high school. I was honored to be a member of her wedding party when she got married. Over the years, Barb and I lost touch with each other, but in recent years, we reconnected via social media. We spoke of meeting after all these years the next time she visited family in Cincinnati. As I read this wonderful tribute, I could tell she was still that very special person I knew so many years ago. Blessings to you all.