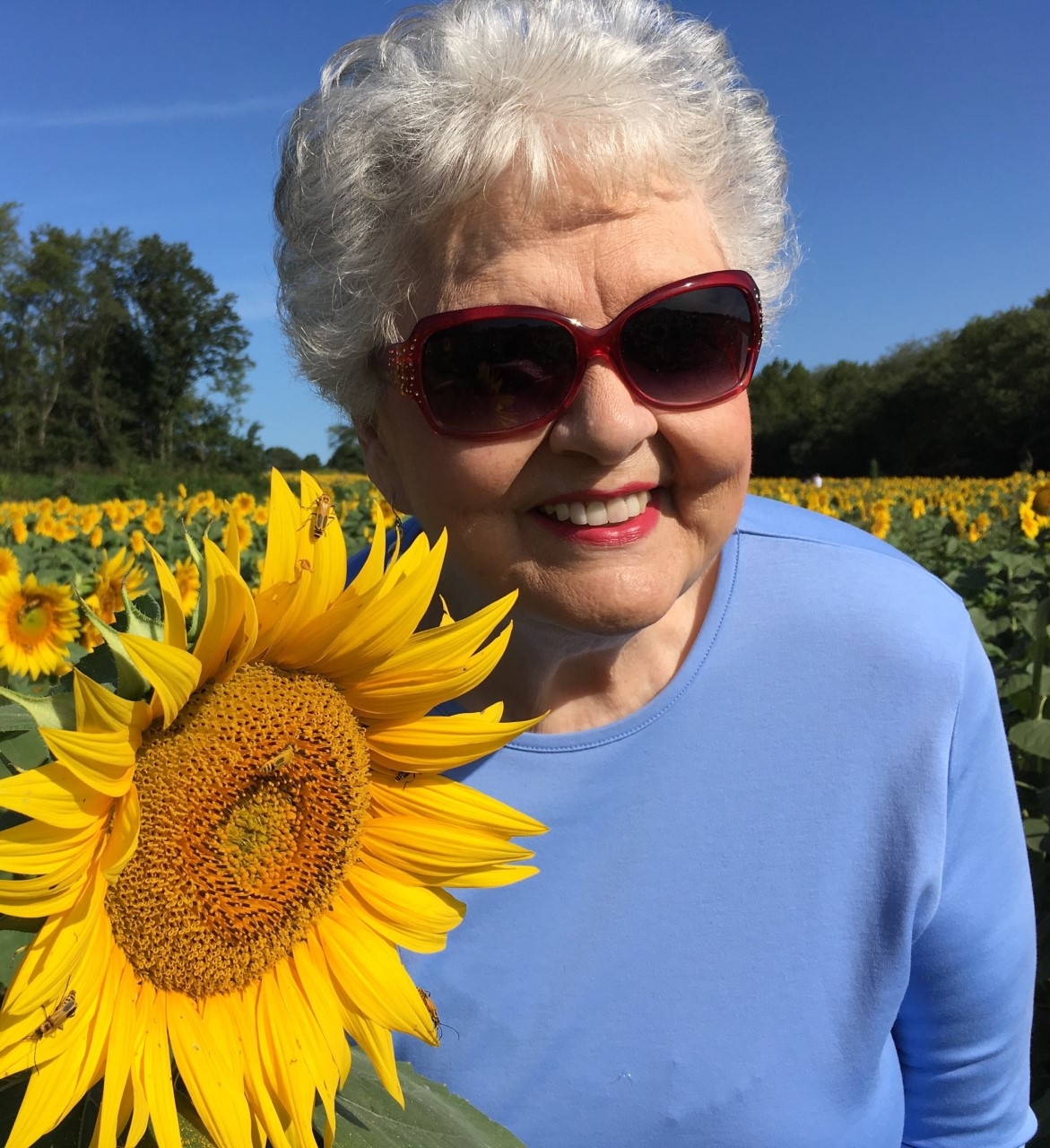 Berlene M. (Curtis) Herrick, 81, of Lee’s Summit, MO passed away on July 16, 2019 at John Knox Village Care Center. Memorial services will be August 24th 2019, 10am, at Courtyard Chapel at John Knox Village, 518 NW Murray Rd, Lee’s Summit, MO 64081. Dress casual. Burial will be in Sedalia, MO. Memorial contributions may be made to the Role of Jackson County CASA and/or bring a teddy bear to her celebration of life.

Berlene, born April 30, 1938 in Sedalia, MO, was the only child of Aubrey and Velma Curtis. She graduated from Smith Cotton High School and Central Missouri State University with a Bachelor Degree in Education. She was a member of Sigma Sigma Sigma Sorority and a part of a competitive dance group. Between her junior and senior year, Berlene chaperoned 32 AFS students from Missouri to New York.

Berlene was an Elementary school teacher for 35 years, collectively, in the Raytown and Independence School Districts. She loved her school children. Berlene was also an exchange teacher in England.  Berlene had been a member of AAUW, Independence Young Matrons, and also active in her sorority Alumna group. She loved being with her family and friends. She enjoyed scrapbooking, pictures of her family, doing needlework, crafts, painting, reading, and traveling. Berlene loved playing bridge with many different groups. She was a part of a bridge group for approximately 57 years. These girls went through everything together. The Steal Magnolias!

Berlene is preceded in death by her parents and step-father, George Stohr. Survivors include her daughter, Robin Keene; son, Chris Keene and his wife, Kathy; granddaughters, Caitlin and Alex Keene; step-daughter, Dawn Elliot and her husband, Steve; step-grandchildren, Riley and Patrick; step-son, Kyle Herrick and his wife, Roxanne; step-granddaughters, Alicia and Sydni.

We enjoyed reading about your mother’s wonderful life. She was very active and accomplished so much. God bless her for making a difference in the lives of so many children. She will be missed but never forgotten.
God Bless,
Ro and Mike

Just now reading about the death of my dear friend and classmate for many many years!! She has battled health problems for such a long time………so very ill but kept fighting !!
I will miss her and the unique friendship we had for over 64 years! She was a wonderful friend, maid of honor at my wedding and a joy to be around ! RIP

I always loved being around Berlene. She was always glad to see us girls – even if we were just running thru on our way to the neighborhood pool or to see if Robin was home.

Words seem inadequate to express the sadness I feel about Berlene´s death.
She was an amazing person and I will never forget the 2 weeks stay at her wonderful teddybear-house. She made every moment fun and enjoyable and she shared her beloved cheesecake with me! I am grateful to have had the privileg of knowing her.

Robin, I am thinking of you during this time of sorrow and my thoughts and prayers are with you and your family.

I enjoyed being with Berlene and teaching with her. Berlene was always so cheery and positive, and that was wonderful to be around. I (we) will miss Berlene, and she will always be in our thoughts

Our deepest sympathy for your loss. Your mom was my(Nancy’s) friend since we were toddlers. Our moms were good friends and we were together for many special occasions. Thankfully we were able to keep in touch through the years. She was a very special friend and a talented and gracious lady. Our thoughts and prayers are with your entire family.

It seems surreal when we lose our mom’s. Nobody loves you quite like your mom. Berlene was truly my second mom. She will forever hold a special place in my heart.
Robin & Chris-
May our sadness be lightened with gratitude for the profound love, humor, ambition and accomplishments of your sweet mom.
God bless,
Carri

Your mother was my one of my children’s teachers! She was a wonderful influence in their lives and was always interested in what was happening in their lives. She was also a friend to me and I was in young matrons with her as well. I will miss her. Thinking about each of you. With love, Sandy Roberson

I met Berlene in January as a new volunteer for Saint Luke’s. She said we “clicked” on my fist visit and being recently retired, I was glad to have a new friend. It has been a joy to spend time with her. Berlene loved being an elementary school teacher. She told me stories from her days in the Raytown school district and offered advice on how to work with children in my new role as a “reader leader” in a local elementary school. She loved the Chiefs and was looking forward to the coming season. In March my husband and I spent a Friday afternoon playing cards with Berlene and her friend Anna Margaret She was an engaging, warm, interesting lady and I will truly miss our visits. Berlene was so excited about her art classes at John Knox and showed me a framed piece she had painted on my last visit. She was also very proud of Chris and Robin and looked forward to your phone calls and visits. I am only sorry that I did not get a chance to meet you as I was out of town the last two weeks and only learned of her passing this morning when I stopped by John Knox. While I am incredibly sad, I feel so blessed that I was able to get to know your Mom and spend time with her. She was a very special lady!

I am very sorry to hear this. My heartfelt condolences to her family. We met at Greenwood Antiques, and enjoyed sharing with each other. I always took my grandaughter to her plays. One I remember is a montage of fairy tales, she was an amazing witch. She brought us backstage afterwards, when we got home Emily told her mother that she had met the “witch” and she was really nice.

63 years of loving, laughter, tears, and many trip to visit. No matter where we were we were only one word away with a Conversation that never ended. You will be dearly missed my our whole family. What a wonderful friendship we shared over the years. Love you a world full. We will dearly miss your smile.