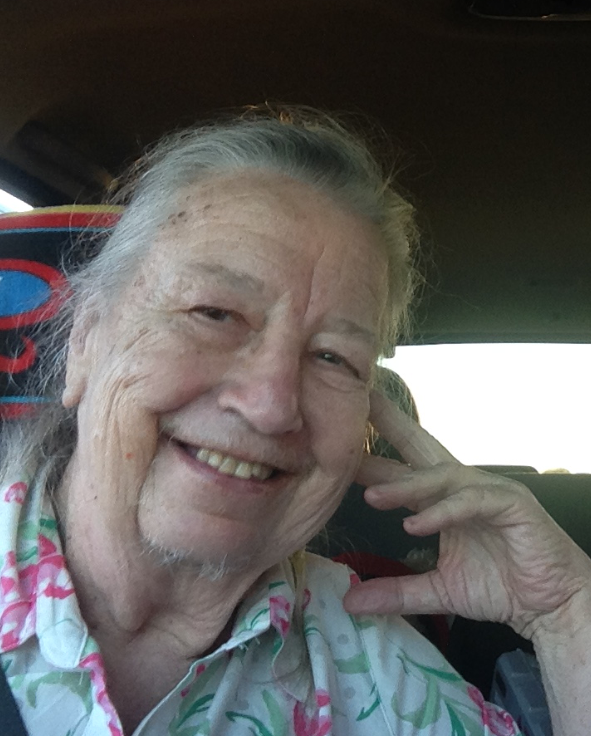 Bernadette was the youngest of eight. She was born on September 5, 1934 in Kansas City, Missouri and died on Saturday, December 29, 2018, at the age of 84.  Her parents  owned a coal business, and she once described their family motto as “Don’t mess with the way a person makes a living.”  She is survived by her sister Lucille, her four daughters (Catherine, Geralyn, Theresa and Stephanie), 8 grandchildren (Amy, Jessica and Catherine Dobbins; Rose, Jasmine, Michael and Marigold Mikulski, and Aidan Globus), 4 great-grandchildren (Alexandra Dobbins; Samuel Glowacki,  Skylar Riese and Sofia Delgado) and a very large family of beloved nieces, nephews, cousins. She loved life and even went out for lunch and a joy ride with her friend Jan on the day before she died. She celebrated Christmas Day with her friends Juan, Romero, Nichole, Marissa and Jasmine.  She spoke to her beloved older sister Lucille almost daily.

Bernadette was married twice, first to William (Bill) Lawrence Rieser, a carpenter and construction foreman. They lived and raised their family of four girls in a house that he built in Grandview. The land was originally surrounded by cornfields, but two of her sisters (Florence and Lucille) lived nearby.   Over her lifetime, the corn fields gradually gave way to houses, and the Little Blue Dam was built, creating Longview Lake. This lake became one of her favorite beautiful spots to visit.   Bill died in 1987, and she later married Ura James Hollis, a civil engineer.  James was older, and he wanted to live and die at home. Bernadette lovingly cared for him for about a decade, when he did indeed die peacefully at home. When teased about potential third husbands Bernadette would often joke about having already put two in their graves.

Bernadette loved to read and enjoyed music of all sorts.  She played the violin and the piano for her personal pleasure, and appreciated the beauty of the people and nature around her every day.  2018 was a tough year for her, with the loss of her older brother Vincent and her sister-in-law Didi.  She lived life the way she wanted to- with zest for each and every day. She was known for her acceptance of others and her love of adventure. She never visited a hotel without trying the swimming pool and kept a swimsuit on hand at all times in case the occasion should arise.

Bernadette will be cremated and buried next to Bill at Mount Olivet Catholic Cemetery, according to her wishes.  Also as she wished, there was no funeral service, only an informal family gathering at the “Hollis” house. Family members and close friends joined to celebrate her life on January 2, 2019 with a few tears and as much laughter as possible in her honor. She will be missed.

I am so very sorry. The world is less interesting now. Will I know of any services?

I am so sorry to hear of Bernadette’s passing. I know she was really important to grandpa (Vince), especially in his last few years of life as well. May you find peace in this time of grief. Much love to the family ❤️

So sorry for your loss. Your mother was always smiling like the photo you selected. May you find peace in your time of grief.