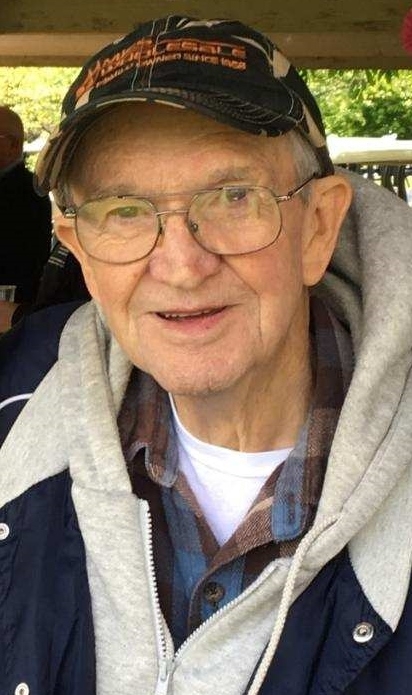 Beryl  graduated JC Penney High School in Hamilton, MO in 1959. He married Shirley Jo Thompson on August 18, 1963 and was employed by Safeway as a meat cutter from the early 1960’s through in the early 1990’s but continued to work in local butcher shops until 2014. After the passing of his wife in 1982 he was remarried on September 8, 1990 to Carol Ann Massey.

He had a love for music from a very young age, playing in bands while he was in high school and was one of the founding members of Plain Label Bluegrass. The band was formed after the passing of his wife; his neighbor would come over and they would play music into the early mornings. Music was always a passion in his life and brought joy to everyone who had the pleasure to hear him play.

His other passions were fishing, reading western novels and spending time with his family and friends. Everyone who met him loved him. He had an infectious laugh and always a good joke (not always appropriate) to share. He was known by most as “UB” which stood for Uncle Beryl.

I will miss the man who i new as pops !

I am saddened by his passing He was a cousin I wish I had met him.