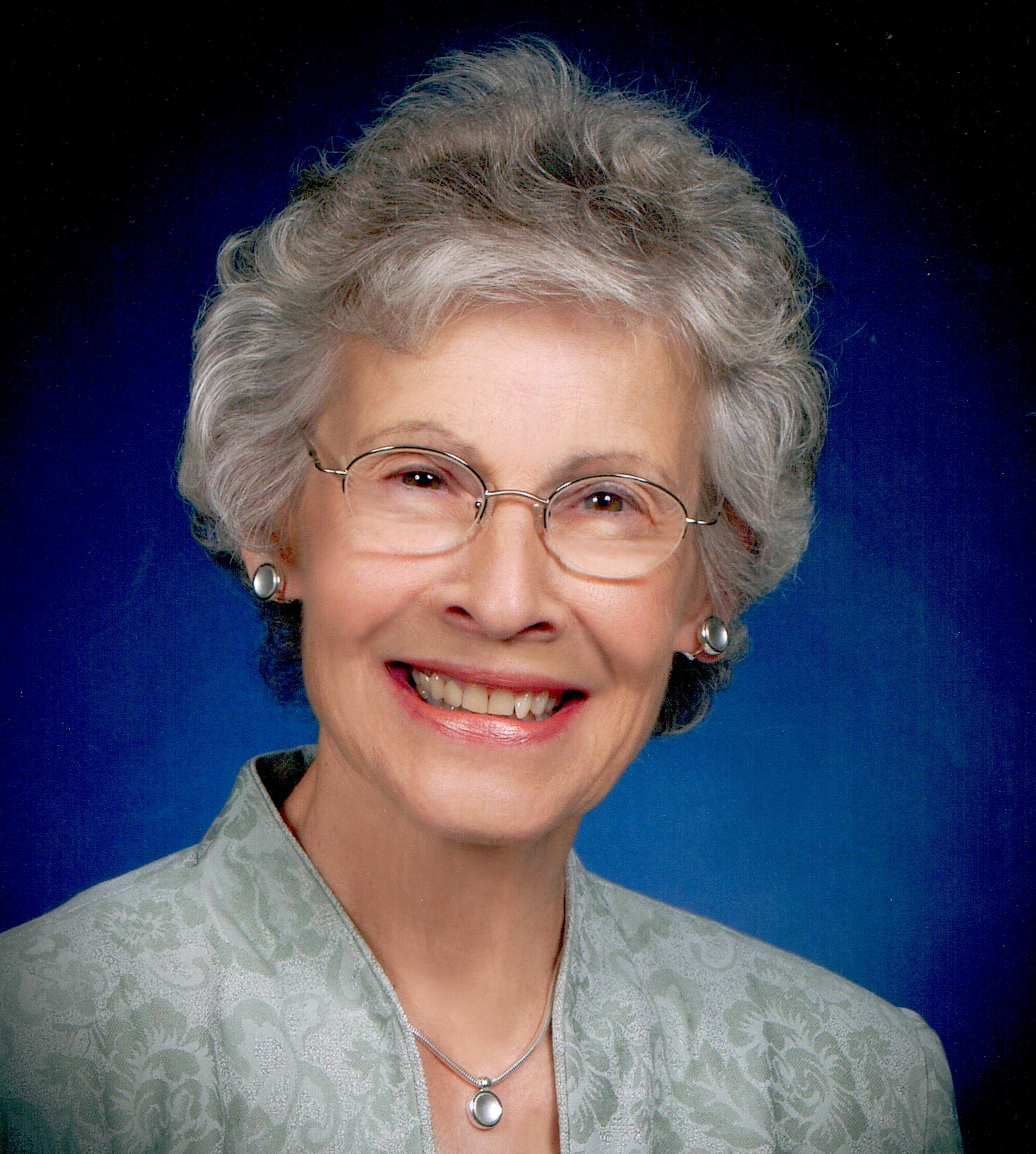 The life of Beverly (Ritter) Kupersmith began on August 10, 1927 and ended December 24, 2019.  In her own words, “It was a lovely life.”  She thoroughly enjoyed spending time with her family and friends.  Beverly graduated from North Kansas City High School in 1945 and attended numerous reunion gatherings with her classmates.

Shortly after graduation, Bev obtained a civilian job while awaiting the return of her fiancé, Bernard, from WWII.  She was united in marriage to Bernard Kupersmith in 1945 and over the years they were blessed with four children.  Bev enjoyed cooking and preparing for large family gatherings.  She also loved to make quilts which were given to family members for special occasions such as weddings or the arrival of family and friends’ babies.  She was a loving grandmother and encouraged the children in their varied interests and accomplishments.

The family moved to Topeka, KS where she worked in the Childrens’ Division of the Menniger Foundation.  Following retirement in 1990, Beverly and Bernard returned to Missouri and lived in Lee’s Summit, placing them closer to two of their married children.  There, Bev became a member of Holy Spirit Catholic Church where she focused on religion while serving in a variety of ways with a loving group of fellow parishioners.

Beverly is preceded in death by her parents, Virgil and Beatrice Ritter, Bernard, her husband of 56 years, and her son-in-law, Joe Coleman.  She is survived by children, Cynthia Coleman, Laura (Clifton) Sivadge, Timothy (Charlene) Kupersmith and Elizabeth (Troy) Clovis, 10 grandchildren and seven great-grandchildren.

I am so sorry to hear of the passing of Beverly. My husband and I lived 2 doors down from her and Bernard for 25 years. They were wonderful people. We loved Bernard’s sense of humor and Beverly’s sweetness. Beverly was so sweet and kind. Loved to visit with her. My thoughts and prayers are with her family at this difficult time. Your parents were wonderful people and the greatest neighbors we ever had.

Our family lived by Beverly for about 20 years. We were so blessed to know her. She was so sweet and kind to everyone. Our six children adopted her as a grandmother and she always asked about them even years after they left home. She brought us goodies and treats. She watched our dog when we were out of town. She had a great laugh and a good sense of humor. She would help out if I needed something be it in the kitchen or a ride somewhere. She shared a love her quilting with Terri and we spent time together talking about quilts. She was a wonderful and will be missed. We are sorry to say that we will not be able to make the service since we are in Florida for the winter. We send our deepest sympathies to the family.

Beverly was one of the kindest souls I have ever had the pleasure of knowing. My family lived across the street from her from the time I was four years old to the present. To me and my siblings she was our occasional babysitter, constant cheerleader, ride-giver, cookie-bringer, adopted grandmother, and most importantly lifelong friend.

Bev, thank you for all the times you came out to watch us ride our bikes; all the things you taught us; for once saving us from a rogue refrigerator ice maker when our parents weren’t home; and for being a constant place of safety, comfort, and encouragement. My entire childhood you exemplified the meaning of the words grace, generosity, and zeal. I can’t possibly count the lessons that you taught me. I will so miss your laugh, your playfulness, and your hugs whenever I came home to Lee’s Summit. We were all blessed to have you in our lives. Please rest peacefully knowing that humans were placed on this earth to give and receive love, and you met that challenge to the fullest every day that you were here.

Beth, I am so sorry. Your mother sounds like she was a wonderful woman. You are in my heart and thoughts….

We are so sorry to hear this….prayers to her family and friends.

Beth, I am so sorry for your loss! Your mom sounds like such a lovely lady and I know you will miss her. I will remember you and your family in my thoughts and prayers!

Very sorry to learn about Bev. I have good memories of her love for cooking, having supper at Troy and Beth’s with Bev’s great cooking. She is known for her oatmeal raisin cookies cookies at Bogus Basin because that is a favorite on the mountain and we tell everyone who’s recipe it is. God gets to enjoy her and her cooking now. You are in our prayers.