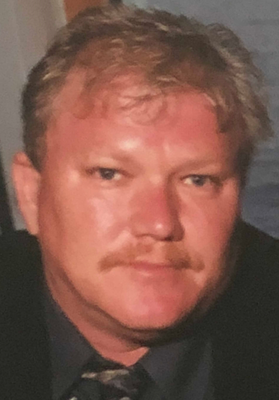 Bobby Joe Merrifield, age 63, passed away peacefully on Wednesday, May 2, 2018 at Menorah Medical Center in Overland Park, Kansas. Bob was born on September 17, 1954 in Anacortes, Washington to Bobby Joe Allen and Nora Maye Merrifield. Bob met his wife Donna in the kitchen where they both worked at the Sheraton Hotel in April 1980. Bob and Donna were married on July 21, 1982 at Cruz Bay Baptist Church in St. John, U.S. Virgin Islands (where Bob once lived).
Bob was the Executive Chef at Park Place Hotel from 1981 to 1984. In September 1984, he and his wife Donna opened a restaurant “Merrifield’s Restaurant” at Woodson Village in Raytown, MO. They closed the restaurant in September 1986. Bob then went to work as the head Chef at Two Rivers Hospital. He cooked the first meal in that kitchen and continued his career at the hospital until March 2018.

Bob was a man who loved his family unconditionally and often pulled pranks on those around him. He was a caring and generous man, always putting everyone else and their needs before his needs. He thrived on the outdoors including fishing, camping, and arrowhead hunting with the grandkids. He loved collecting treasures while metal detecting, local history, NASCAR, and was a big fan of the Kansas City Chiefs and Royals.

Bob was also a talented artist who painted in his free time. In his younger years, he showcased his work at Lee’s Summit’s Downtown Days and October Fest winning a blue ribbon on his painting “Petticoat Lane”. He also did pictures of Longview Farm’s Mansion and the Barn which now hang in the elementary school, also winning a ribbon. He donated a painting to Gillis Home for Children for them to use as a Christmas card (it was the best-selling Christmas card that year).
Bob is preceded in death by Bobby Joe Allen (father), Nora Maye Merrifield-Davis (mother), Helen Allen (paternal grandmother), and Otha Dale and Tressie Merrifield (maternal grandparents), Tracy Davis (sister), and Brandon Davis (nephew).

Bob’s Celebration of Life will be held at Langsford Funeral Home (115 SW 3rd Street, Lee’s Summit, MO 64063) on Monday, May 14, 2018 starting with visitation from 10:30 a.m. to 11:30 a.m. and then a service. In lieu of flowers, please consider donations to Bob’s favorite charities: Show Me Christian Children’s Home, R.E.A.P, or Wayside Waifs, or a charity of your choice.

Donna you know I loved you and Bob both and still don’t have words to express what I am feeling for you and Shawna just know I am here. Love you.

We love you Donna and Shawna God needed another angle. He is in a beautiful place with no more pain. He would not wanted anyone to worry about him.By the grace of God will we stand it.

I am so sorry for your loss Donna. You don’t know me but I feel I know you. Bob spoke of you often with such love and caring. I worked with Bob for over 16 years at the hospital and he was a very caring man and I enjoyed his meals he prepared for us all. He will greatly be missed. Again I am so sorry and my heart goes out to you and your family at this most difficult time…. I know he will always be watching over you…

I am so sad to hear of Bob’s passing. He was such a special fun and loving person and a great neighbor. We all had a lot of fun living across the street from you two all those years, Donna. I am so sorry for you and your family’s loss. Rest in peace now, Bob, with no pain as you watch over your family and paint Heaven’s colors in eternity. Carolyn and Larry

Donna & Shawna, please know our love and prayers are with you. I will miss my brother, but will remember all of his special antics when we were kids and everything he did to scare all of his brothers & sisters from the vampire in the basement to being made to howl at the moon for terrifying Kim with dogs. He will be missed. Kelly

I loved every thing I’ve heard and read about Bob. An animal lover and prankster! A man after my own heart. I can tell he was a faithful family man as well. My heart goes out to all of you. I can tell he touched all who knew him. May God’s peace be with you. I’m glad we are church family. God bless. My prayers are with you.

I just learned of the sad news that Bob Merryfield passed away. I met Bob when he worked in the cafeteria at Two Rivers. He loved to cook and labored there for many years. I was so impressed with his ability to strike a conversation with anyone and then u find yourself laughing like old friends! I looked forward to chatting with him and hearing the stories about his life experiences, his grandchildren and his endearment for his wife. Bob didn’t know any strangers and was definitely generous & caribg about others. If he made u a promise, he kept it! Even more special, he gave me a special autographed copy of his painting of Longview Fatms. I treasure that painting, he was very gifted, talented and genuine; truly a one of a kind human being. RIP Bob, I’m blessed to have met you.

With our sincerest sympathy to Donna, Shawna, and family. We are so sorry for your loss. We thought highly of Bob and wish to make this donation in his honor. Love from the Southworth family.