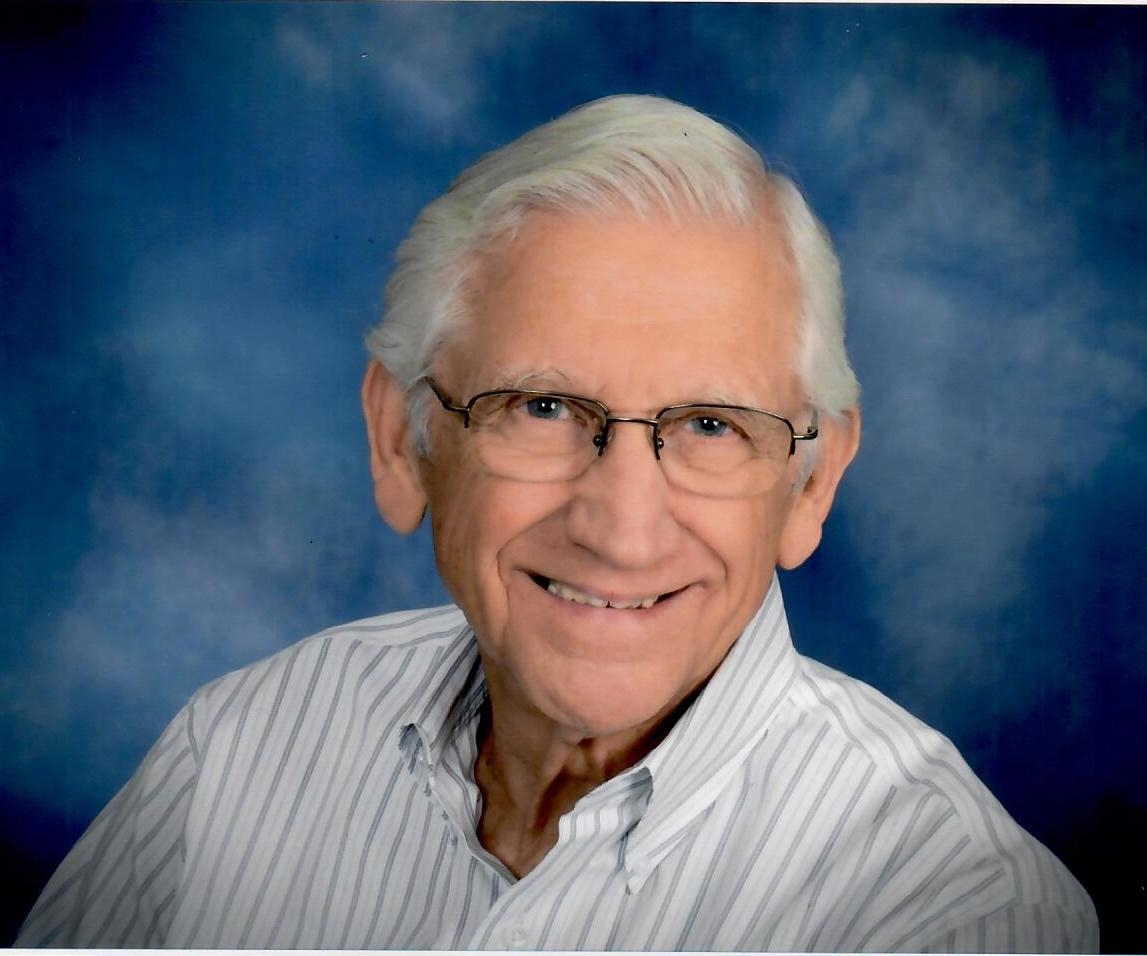 Bob was born to Sam and Pearl Thompson on July 10th, 1934, in Avilla, a small rural town in Jasper County, Missouri. The day Bob was born at home it was 114 degrees – one of the hottest days of that summer!

Bob graduated from Carthage, MO High School in 1952, where he was involved as a class officer and lettered in football, basketball, baseball and track.

After High School, he enlisted and served in the United States Army from 1954-1956. While in the Army, his athletic pursuits continued as he was the winning pitcher in the Army World Series and continued competing in football and basketball as well. While in the military he was cleared for intelligence with Pentagon privileges and attended aviation and helicopter school.

Before enlisting in the Army, Bob met the “light of his life”, his future bride, Kathryn Lavon Marsden. Upon his return they were married soon after on November 21, 1956. Their marriage lasted 64 wonderful years. Bob and Lavon welcomed their first daughter, Rhonda, the following December. Their second daughter, Natalie, was welcomed almost three years later. Bob also enjoyed being a grandfather to his only grandchild, Jonathan.

Professionally, Bob’s business career was in the insurance industry where he was the regional director for Atlas Life and National Western Life. The last ten years of his career he served as one of the partners of CMIC, Creative Marketing International. The company designed annuities and life insurance products for several major insurance companies and then marketed those products to insurance agents throughout the United States. After retiring in 2000, Bob would go on to help found Ideal Producers Group, a new company in the insurance industry. Bob had a deep love for his clients and coworkers, and was described by many as a kind, genuine and caring mentor to work with and for.

Bob had many hobbies. He loved watching the Chiefs and Royals, doing woodwork, going fishing, playing tennis, and attending his daughters and grandson’s various sports and activities.

He was very involved in the churches he and Lavon were members of over the years. Bob served in several areas of the church, including finance, outreach and building committees. He had a passion for the developmentally disabled where he and Lavon taught Sunday School and mentored young adults for over 25 years. He also served two terms as president for the Special Care Homes of Missouri. Bob was also on the board of the Missouri Baptist Children’s Home Family Services and the board of Lighthouse.

Bob will be forever remembered as a person who walked his talk, and his kind soul will be sorely missed by all who had the honor of knowing him.

Memorial contributions made in memory of Bob can be made to Missouri Baptist Children’s Homes, First Baptist Church of Lee’s Summit, or a charity of your choice.

The family would like to thank the John Knox Village Care Center Team and St. Luke’s East Hospital for their kind and compassionate care they provided both Bob and Lavon.

“Well done, good and faithful servant…come and share the joy of your lord.” – Matthew 25:21

Our deepest sympathies and condolences to the family of Bob Thompson. Bob served as chair of Special Care Homes and we worked closely together as the vision for a group home came to fruition on the Byrne Campus of Missouri Baptist Children’s Home. Bob served on the board of MBCH Children and Family Ministries and on the board of The LIGHT House, both of which are entities within the family of Missouri Baptist Children’s Home. He had deep compassion for those with unique needs and gave of himself to help make lives better. He was truly a great and honorable man. We will miss him. Thank you to the family for sharing him with us.

Natalie,
What a warm tribute to your Dad. I found it interesting that he enjoyed tennis. I dont think we ever talked about that particular interest. Did you know Russ was an avid tennis player and actually taught tennis to help pay for seminary? I wish I could have met both your parents. It is in the days since your mom passed that God has brought us together in friendship. Even in the grief and losses of this past year. God keeps showing us new blessings. May he continue to carry you and Rhonda in this coming week and in months to come.

It’s with fond memories of knowing Bob and Lavon at Loma Vista Baptist Church that I also share grieving your loss. May God comfort you now.