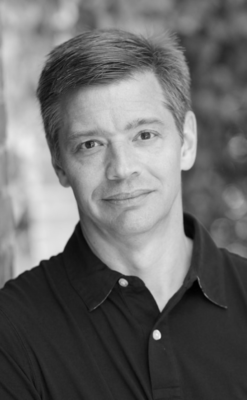 Brett was born on October 22, 1969 to Lorne and Carol Moats in Kansas City, Missouri. He attended school in Lee’s Summit, Missouri. During his elementary years, he participated in basketball, Cub Scouts, and music by playing the piano and organ for the Nazarene Church, the Lee’s Summit Methodist Church and area nursing homes. His high school years found him active in Symphonic Band, The Sounds of Now and Then Choir, Men’s Choir, Marching Band, Jazz Band and was on the Honor Roll graduating from Lee’s Summit High School in 1988. He attended University of Central Missouri (formerly Central Missouri State University) in Warrensburg, Missouri. While attending there, he worked in the offices as an Office Coordinator, was a Student Ambassador, a Teacher’s Assistant, a member of the Jazz Band, a cheerleader and also performed as Mo the Mule, the school mascot. He graduated in 1992 having earned his Bachelor of Education. The following year he received his Master of Science in Business Administration. He later received his Master of Psychology. After graduation, Brett moved to Chicago working for several years at Arthur Anderson & CO, SC. as the Conduct Coordinator before returning to The University of Central Missouri as the school’s Activity Manager. He moved to Dallas, TX working for the Lennox Company where he met Maria Castañón.

Brett and Maria were married on December 29, 2004. In 2006, they welcomed Quinton Alan Moats to the family and Alayna Shae Moats in 2010. As Maria’s career progressed, the family moved from TX to the NY area. During the past 12 years, Brett dedicated his life to raising their children and applying his construction skills to renovating their various homes.

No words can be said that makes this loss any easier or fill the void that will be there from this point on. My heart and prayers go out to Carol and Brett’s family.

We are so sad to hear of Brett’s passing. Some of my most fond memories from Junior High, High School, and College are times hanging out with my good friend. Brett was a loyal friend, a good person, and one heck of a musician. I will NEVER forget his solo piano performance at the Midwestern Music Camp student talent show at the University of Kansas. Brett was the youngster selected to play (most of the other performers were 4-5 years older), and he absolutely brought the house down. I had never seen anything like it. Niki and I send condolences to Brett’s loved ones. We are very sorry for your loss. To Brett Moats…rest in peace, friend.

My heart is breaking. Brett was always such a nice guy. Very talented and friendly. I’m so sorry for your all’s loss and Pray you will find peace in months to come.

Some of my fondest memories, fellow pianist, and composer. I recall he and I being sent out on a couple solo high school gigs when a voice and accompanist were needed, he made me look good. The old school computer somehow integrated with keyboards and piano in attempts to recreate MW Smith. I speak of him often, and suppose I always will. What a great person and Great family.

I have only the fondest memories of Brett from junior high and high school. We were part of the band family and did almost everything together along with the rest of the gang. While we lost touch after high school, I always wondered how he was doing and hoping he was well. My heart breaks that he is no longer with us and there is no chance to get the whole gang back together again. My heart break even more for his family. Please know that he was so loved by those who had the great fortune to be part of his life. Love, Jeannie Higgins Branzaru

My husband and I would like to express our condolences to all of Brett’s family. I worked with Brett at Andersen and my husband worked with Brett at Honeywell. Brett always made us laugh. He always was always so helpful and such a nice guy. Our prayers and thoughts are with you. God bless your family. Patrick & Lori McDowell

No words are sufficient at a time like this. You are in our thoughts and prayers.

I have no words. You were a great person.

Maria and family Deepest condolences on your loss. With love and respect Sigal and Itai Zarmi

To the Moats Family, with an extra hug for Maria, Quinton, and Alayna, I’m heartbroken over your loss. Take care of each other. With love, Kate Hannah

Our thoughts and prayers are with you and your family.

We are keeping you all in our prayers,

Dear Maria, Quinton & Alayna – My heart breaks for all of you with the news of Brett’s passing. While I have not been in touch for a while, I always enjoyed keeping up with the family via your messages at Christmas. You have the love and support of so many, I hope that it will help you through this terrible loss. Brett could always make me laugh, no matter how bad the day was and every memory I have of him brings me a smile. My wish is for all of you to find some peace. With deepest condolences.

No words are sufficient at a time like this. You are in our thoughts and prayers.