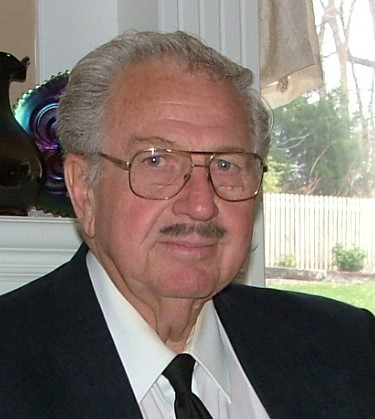 Carlos was born on January 19, 1932 in Muhlenberg County, Kentucky to Hugh David and Nonnie Mae Brewer. He came to Boonville in 1954 where he met and married Muriel Ann Schafersman on August 20, 1955. Shortly after, they moved to Chicago, Illinois.

Carlos and Muriel returned to make their home in Pilot Grove in the mid-1960’s. They had one child, Kelley Sue. Carlos was employed by the Missouri Department of Transportation for 30 years at the Blackwater maintenance shed.

Carlos enjoyed hunting and fishing, hunting arrowheads, and being outdoors. He loved to travel and was always planning his next trip. He was proud of the houses he remodeled and the 1949 Willys Jeepster he restored. His final words were ‘I had a happy life.’

Carlos was preceded in death by his wife of 62 years, Muriel, as well as his parents and siblings, William David (W.D.), Dallas and Daisy. He is survived by his daughter and son-in-law Kelley and Steve Edwards, his grandson Ben Edwards, and numerous nieces and nephews.

Memorial Contributions may be made to Shriners Hospital for Children -St. Louis, who loving provided care for his grandson.

Due to current Covid-19 restrictions, the family will be scheduling a Celebration of Life at a later date.

Sad news indeed. Hope with the passage of time you can receive some comfort in the memories of his life.

Carlos was a friend of mine when we lived at Nonnell, Kentucky. We attended Elk Valley school with him. He and his parents, along with his sister Daisy Mae, lived just down the hill from us.