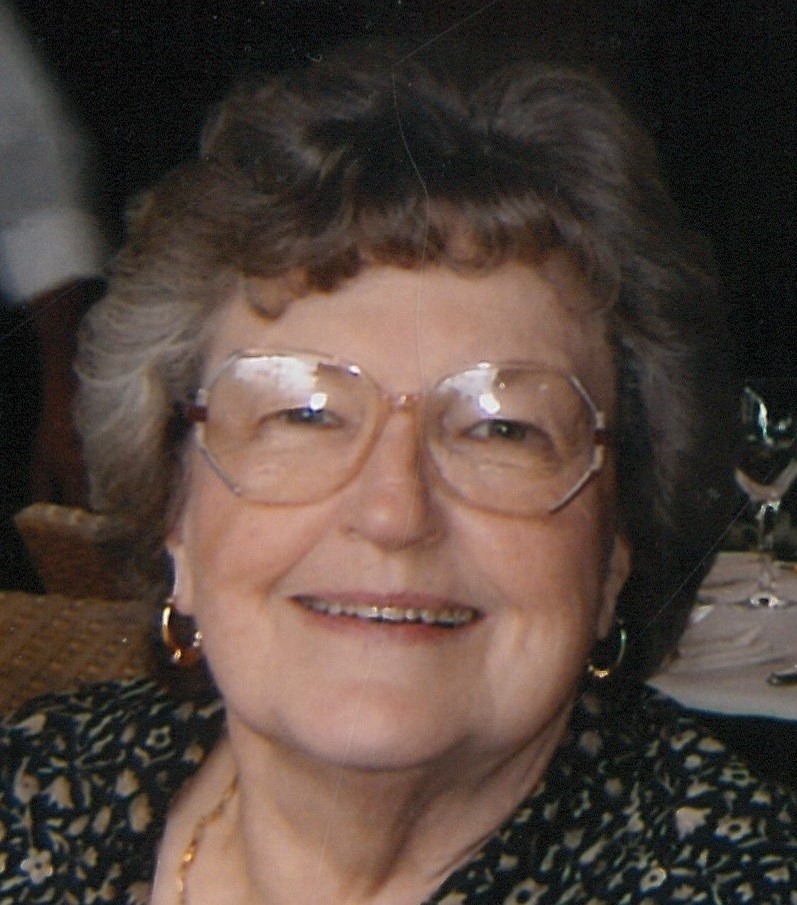 Carolyn was born May 26, 1934 in Lemons, MO to Mannie and Imogene (Walt) Elyard. She and her older sister Georgene lost their mother in 1936. She was raised in Pennville and Green City, MO. Carolyn or Kay as she is known to her family and friends graduated from Green City High School in Jan. 1953 and started working at Laughlin Hospital in Kirksville, MO where she became a Practical Nurse. She absolutely loved the job and taking care of people. She met her future husband Fred Johnson in 1954 in Kirksville where he was stationed in the Air Force at Sublette A.F. Radar Station after returning from Okinawa. They married Feb. 20, 1955. They had two children, daughter Jeri Lyn and son Bradley. They made their home in So. California from early 1956 and remained there, predominantly in Orange County where they raised their children until they moved to Lee’s Summit in the Fall of 2009. Kay was a wonderful loving mother to Jeri and Brad, a loving wife to Fred, a loving grandma to Michael, a loving sister and aunt, a great friend, a really good cook and homemaker and gardener. She loved being out in her yard in Orange, CA where she had citrus trees, roses, camellias and azaleas that needed her attention. Gardening was her favorite way to relax and spend time outdoors. Their neighborhood in Orange was where wonderful neighbors became lifelong friends. She attended Yorba Linda Friends Church from 1973 and participated when she could in their women’s ministry Bible studies before taking care of her grandson. She became part of their Prayer Chain team at that time and continued to do so until she moved to MO. She had a real heart for the Lord and loved praying for people so it was a perfect way for her to serve.

She was preceded in death by her husband Fred, son Bradley, parents, grandparents, an infant sister, brother-in-law Lloyd Johnson and sister-in-law Helen Johnson, brother-in-law John Young, and her best friend of 65 years, Janet Ching. Survivors include her daughter Jeri Johnson of Lee’s Summit, grandson Michael Johnson of Costa Mesa, CA, sisters Georgene Young of Kirksville, MO, and Glenita Callahan of Kansas City, MO, niece Pamela and Joe Curtis of Centerville, IA and niece Nancy Baker of Kirksville, MO, nephews Douglas and Mary Johnson and Bill and Kim Johnson of Peoria, AZ, brother-in-law George and Sally Johnson of South Range, WI, daughter-in-law Suzanne Layton and many great nieces and nephews and their children. She had a quick wit and a wonderful sense of humor, and she will be greatly missed by all of us who loved her. Memorial contributions may be made to Salvation Army, Shelter KC Mission, City Union Mission in KC, Boy’s Town and Saint Joseph’s Indian School. Those charities were all close to her heart.

In Kay, I received the gift of a loving, caring Mother-in-Law. She will be greatly missed. Deepest sympathy. Suzanne Layton

I always looked forward to Aunt Kay and her family coming back to Missouri when they lived in California. So many laughs when we were together as a family!

I did not know Carolyn personally, only through her daughter Jeri my long time and dearest friend. But I can surmise that she must have been a wonderful mother to have imparted to Jeri such an abundance of care, faith, loyalty and love. I have never had such wonderful and meaningful person in my life, truly blessed. So thank you for that Carolyn, may you rest in peace. With love, Dale

My Husband Lloyd and I were good friends of Carolyn’s son Brad and his wife Suzanne. We had the pleasure of meeting Carolyn and the other member’s of her family at Suzanne’s 50th birthday party and then seeing Carolyn again at subsequent family events for either Brad or Suzanne. We know how much Suzanne loved Brad and his family and we know Suzanne is also grieving at this time. We are comforted knowing Carolyn is with her son again in heaven.

May God wrap his arms around Suzanne and the entire Johnson Family and give you peace.

I’m so sorry for your loss Jeri. Carolyn and I were friends through Jeri. We would always tease each other when I’d call to check in on Jeri. Carolyn and Jeri would always pray for my family if there were things going on with my sisters and my mother which was so appreciated. She will be missed but will always be in our Hearts, Rest In Peace Carolyn Love Marlena ❤️

I knew Carolyn thru Jeri and thought of her as the friend I never met. Along with Jeri she was my prayer partner. I told Jeri that thought they had a direct line to God as their prayers brought peace to me so many times. I will miss my special friend but know she is in a better place healthy and with her family.

I have so many good memories of time spent with Kay when we both lived in Southern California. Many birthdays were celebrated together along with other friends from our neighborhood. We always seemed to find things to talk about on many long telephone calls – sharing recipes, etc. Jeri do you remember babysitting our 2 children? Those children are now in their 50s. We send our sincere condolences. We were privileged to have Kay as a friend.

Mrs Speed will always be like a second mom to me as she and my mom were best friends for 65 years! I will always remember spending time with them when I would visit California. As a child, I remember going to a vacation house on Lake Tahoe, and many Thanksgivings celebrated together. She and my mom would love to people watch, especially at Disneyland!!