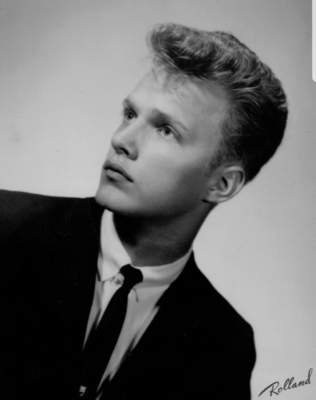 Cecil Ray “Corky” Lewis, Jr. passed away June 2nd, 2018 at the age of 72 due to respiratory failure secondary to pulmonary fibrosis at the Kansas University Medical Center in Kansas City, Kansas. Born April 9th, 1946 to Cecil Ray and Marjorie Ellen Lewis in Seattle, Washington, Corky attended William Chrisman High School in Independence, Missouri and later graduated from the University of Missouri with a degree in Mechanical Engineering while working nights and evenings at the Independence Post Office and Stephenson’s Apple Farm Restaurant. He went on to complete a Master’s Degree in Mathematics from the University of Missouri and went to work for Bendix in Kansas City, Missouri programming computers in the manufacture of weapons components. He later went on to work at General Electric selling computer time-shares on GE’s mainframe computer in Rockville, Maryland. With the advent of the PC in the early 80’s he left GE and started his own computer consulting company writing software for area businesses including Sprint. He wrote some of the early tissue typing and cross-matching software for Midwest Transplant Network (Midwest Organ Bank at that time) to help improve outcomes for organ transplant recipients. Later in life, he started a company designing and building beautiful water gardens and waterfalls around the city. Corky was a true renaissance man as he was throughout his life a mathematician, a sculptor, an artist, a scientist, an athlete, a mechanic, a musician and a deep thinker. On some scale, he dabbled in everything from architecture, carpentry, stained glass and American muscle cars, to photography, archeology, paleontology, tennis, and learning to play the violin. He had a curiosity and passion that drove him to explore many things throughout his life. He was an excellent teacher and was passionate about passing his curiosity on to his children and his grandchildren. He would often take them camping or out on nature hikes to identify different species of plants and animals or to search rock formations for fossils or head out into the woods at night to look through his telescope to explore the heavens and identify the stars and planets. He was so passionate about teaching and sharing his love of nature that his grandchildren could identify frog species just by the sounds that they made at night. He was so wonderful with children and loved babies. There were numerous trips to the zoo, the museums, nature centers, and lots of trips to Science City at Union Station. We will miss his chocolate malt ice cream and strawberry daiquiris during the summer afternoons around his pool and the warm gatherings at his home on Christmas Eve. He was very socially conscious and had many of his letters to the editor published in the Kansas City Star over the past several years and even made a run for a Missouri Senate seat in the late 80’s. He gave freely of his time teaching inner-city children and adults to read and

postponed many a holiday celebration while serving holiday meals to the homeless at the City Union Mission. He was a very courteous and gracious person, as well. Although we were all certain that he would rehab back to his beloved home in Lakewood, he relied on many as he worked to get back on his feet He never failed to thank his caregivers as they left his room-always telling them how much he appreciated what they were doing for him, whether it was giving him his medicine, helping him from his bed to his chair, or just emptying his wastebasket-he always expressed his gratitude.

In lieu of flowers, please make a donation in his name to the Pulmonary Fibrosis Foundation at https://pulmonaryfibrosis.donorpages.com/Tribute/CecilCorkyLewisJr, the Sierra Club, the Audobon Society, the Kauffman Center for the Performing Arts, the Nelson-Atkins Museum of Art, the City Union Mission, and the Veterans of Foreign Wars of the United States

I was sad to hear about You dad Brian. I am in awe at you dads life, not too surprised though. You and your family has created a living legacy in all its beautiful gifted members. Much love to all of you.