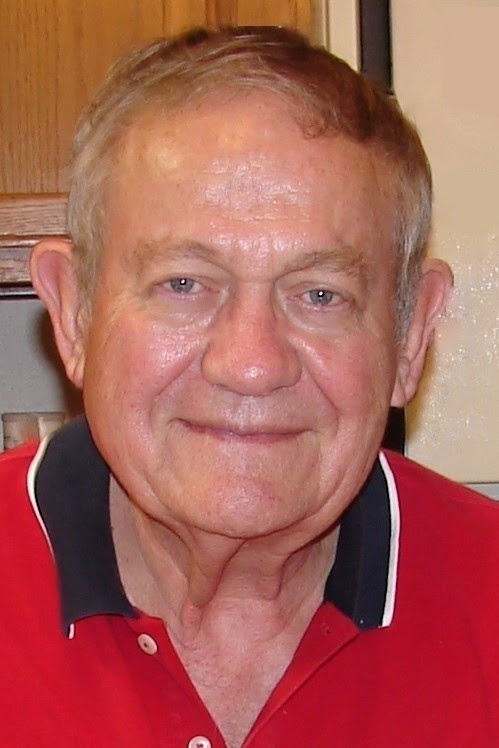 Charles Edwin Hancock, 83, left this world on Wednesday, November 10, 2021. Second born son of Cline and Pauline Hancock in Fairview, MO in 1938. Charles graduated from Exeter High School in 1955. After graduation, Charles pursued further education with the US Army Electronics Signal School then, subsequently attended Finley Engineering College. Charles was a Veteran of the United States Army and graduated from basic training at Fort Leonard Wood located in South Central Missouri in 1957. Charles was a devoted husband for 46 years to Sharlene, married in 1958 and had 5 children, Tamara, Kevin, Kent, David, and Steve. Charles worked many years at Bendix Corporation on Bannister Road here in Kansas City. In 1979, Charles was offered a position with M/A-COM so they loaded up the boys and moved to Torrance CA in 1979. Charles and Sharlene decided to move back to Missouri in 1993 to open their own business, Hancock Homes building custom homes. They resided at Lake Winnebago.  He retired in 2005. Charles lovingly cared for his wife, Sharlene as she battled and passed away from cancer on August 2, 2004. Charles found love again in 2007 with Toby Riggs. Toby went through similar circumstances as her husband also died from cancer. They had 13 wonderful years together. Toby and Jerry were longtime friends of Charles and Sharlene. Toby passed away in May 2021.

Charles was an inspiration to many young boys and men as a Boy Scout Leader of Pack and Troop 251 located at Lake Lotawana.  He was an honorary member of the Tribe of Mic-O-Say, tribal name “Whispering Sage”. He took this name in honor of his mother’s maiden name Sage. His love for the scouting organization inspired his sons and daughter to be involved in scouting.  Kent (Soft Whispering Sage) and Tamara were longtime scout leaders resulting in grandsons Kevin & Kurt (Leaping Lizard) in achieving scouting’s highest honor of Eagle Scout.

I once said to Tom, very early in our marriage, “If you can grow to be a man like your Uncle Charles, I’ll be one lucky woman.” He did grow to be like him, gentle, patient, kind and with great integrity. Thank you all for sharing him with all of the family. I’m sending hope for peace and healing for all who loved him.

Charles will be buried at the Lee’s Summit Historical Cemetery next to his wife Sharlene, and son Kevin. Directly following the services at Lansford Funeral Home, a Celebration of Life will continue with family and friends at the home of Kent and Regina.

Tammy, David, Kent and Steven, I am so sorry for your loss. Your dad was a wonderful, super guy. I know he will be missed terribly.

So sorry for your loss my friend. Thoughts and prayers to you and your family.

Uncle Charlie was one of the kindest, most gentle, and generous souls I have ever known, His sister, my mother Margaret adored Charles. We spent many weekends camping in various places including the Hancock Farm with my family of cousins, whom I cherished, and still do. Those were the happiest days of my childhood. Thank you Uncle Charlie for being the kind of man that I strive to be. A shining star in this life. Much love to the family in this time of loss. XO Mark

Charles was a wonderful man, raised the best kids and will be missed. My heart and hugs go out to the entire Hancock family
Love and miss you all!

So sorry for your loss. Charles was very nice to me while I was married to Darrel. Prayers for all.

May loving memories give you comfort.

Charlie was our sweet neighbor right across the street! He came to every ice cream social I hosted in our culdesac. We will miss seeing him.

Sorry for your loss.