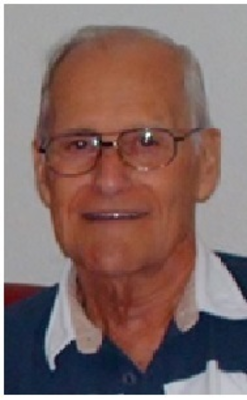 Mr. Davis was born October 8, 1930 in Ottumwa, Iowa, where he married Eileen, his high school sweetheart in 1950. He was a United States Air Force veteran, and was deployed to Japan during the Korean War. Charles retired from the Federal Aviation Administration in 1990 after 39 total years of Federal service.

He was preceded in death by his wife Eileen. He is survived by his children Steven Davis (wife Pam), Peggy Pifer (husband Denny) and Terry Davis (wife Johnna); Grandchildren Jackie Haines and Bryan, Megan, Nathan and Laura Davis; and four Great Grandchildren. He loved taking care of his family and his home, and will be greatly missed.

To the family of Charles Davis, So sorry for your loss. We (The Curry’s) lived next door to you in Lee’s Summit. I (Sandy) always enjoyed talking to Steve, Peggy & Terry. Your Mom Eileen, made my wedding dress & we have been married 47 1/2 years ~ so she put good vibes into my wedding dress. May God grant you peace in the coming days and weeks to come ~ your hearts are breaking. Good memories of good neighbors.