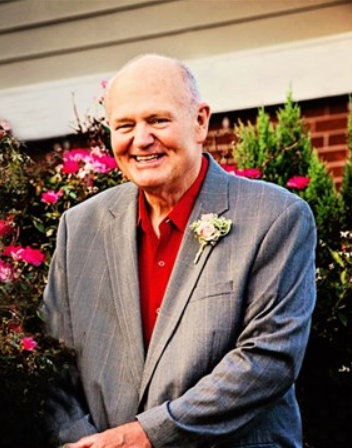 Charles was born to Betty and Nelson Saunders on January 12, 1943 in Rochester, New York.  He left Rochester at age 19 and joined the United States Air Force. After basic training, he was stationed at Richards-Gebaur Airforce Base in Belton, Missouri, where he met Jo Ann at a USO dance.  He was a Vietnam Veteran who received the Air Force Good Conduct Medal and National Defense Service Medal. He worked as a Carpentry Specialist during his service.

Charles spent 29 years working for Hallmark Cards in Kansas City, Missouri and retired in 1995. He loved the outdoors, mowing his yard, gardening, biking, the KC Chiefs and spending time with his family.

Charles was not a religious man but was a Christian willing to help anyone in need.  He will be missed by many.

In lieu of flowers, the family requests donations be made in his name to the Parkinson’s Foundation.

Sorry i will not be able to join you for the celebration. I will be with you in my thoughts. Love you all, Terri and Rogan

We are sad to hear this news, Jo Ann, and send our love and prayers to you and your family at this difficult time.
Mary Jo and George Coughlin