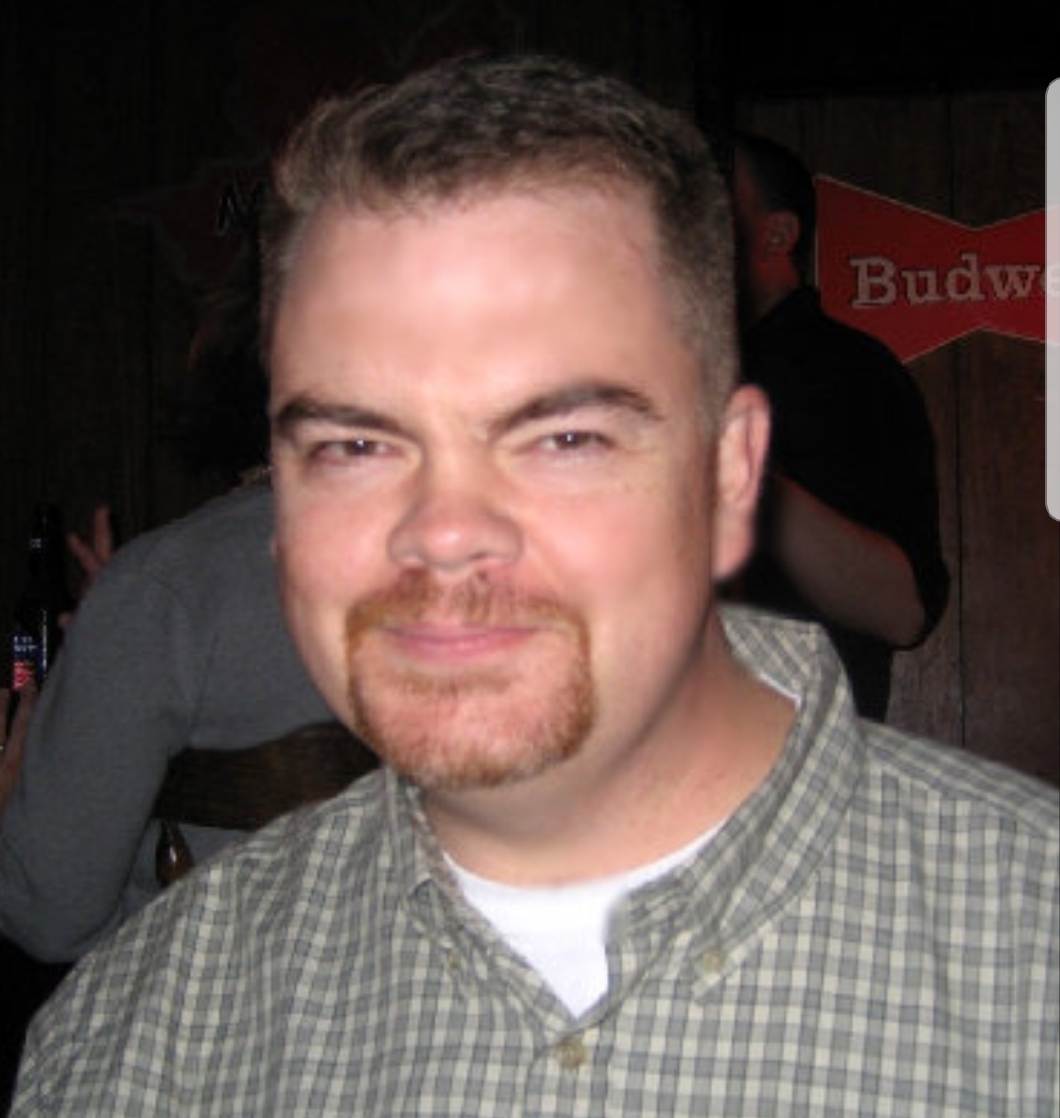 Christopher Michael Gideon was born March 24, 1970 in Stillwater, Oklahoma to parents Jay and Pat Gideon. He passed away on December 3, 2018 after a 3 year battle with cancer that took him away from his family much too soon.

Chris grew up in Stillwater, OK, Ponca City, OK, and Laredo, TX. He graduated from Topeka West High School. Chris briefly attended Phillips University in Enid Oklahoma, joining the Varsity social service club. He joined the Air Force and served his country through the first Operation Desert Storm. After leaving the Air Force he worked several jobs in information technology and landed at Cerner in Kansas City, Missouri where he met and married Jennifer, who was by his side when he passed away.

Chris had a quick wit, was very intelligent, and extremely devoted to those he cared about. He enjoyed traveling, finding new and unique recipes to cook, watching movies, and spending time with his friends and family. He will be missed greatly by those he left behind.

Visitation services will be Thursday, December 13th from 6-8pm at Langsford Funeral Home in Lee’s Summit. In lieu of flowers, memorial contributions may be made to Wayside Waifs in Kansas City.

I’ve worked with Chris for many years, but also had the privilege to know him outside of work as well. Not only was he an intelligent and witty network architect, he had a open air of positivity around him to all those nearby. Like so many, we will also have our fond memories of Chris. Whether from years ago working in Lee’s Summit and going out with the team after on Fridays, or when he came to visit Australia on one of his last big trips. He never hesitated to listen and give well thought advice to those who asked, both in a professional and personal capacity. He will be missed as a friend, a colleague, and as someone who had our respect and admiration always. While I wish I could leave Australia and fly over to attend, my friends who knew Chris well will be there and I will be there in spirit. For this I give greatest my condolences for your loss.

May your heart and soul find peace and comfort.

I worked with Chris a couple years as a vendor, I can say without hesitation he was always kind and considerate of others. My heart breaks for his family and my prayers are for them, I pray that Christ would be their comfort through all of this..