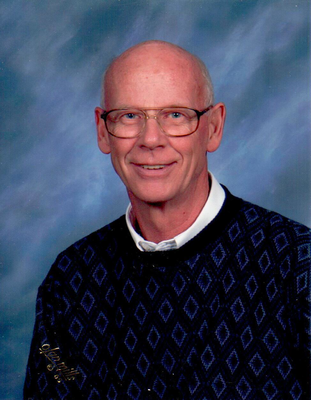 Clinton “Don” Leach, 76, of Lee’s Summit, MO, passed away June 23, 2018 at his home after a lengthy illness from pulmonary fibrosis. He was born March 20th, 1942 in Joplin, Missouri to RV and Lucy (Cook) Leach. He graduated from Jasper, Missouri High School in 1961. He married his high school sweetheart Geneva Divine on July 14th, 1963. He is survived by his wife of almost 55 years; children, Craig (Kelly) and daughter Stephanie; four grandchildren, Jacob and Kate Leach, Sierra and Brianne Reichert; one brother, Bill Leach of Salisbury, MO; and several nieces and nephews.

He worked for AT&T for 38 years. After retirement, he worked 14 years for HyVee as a floral delivery driver.

He was an avid Royals and Chiefs fan. He took pleasure in keeping his yard in pristine shape.

He was a member of Aldersgate United Methodist Church in Lee’s Summit and the Telephone Pioneers.

The family is grateful to the KU Med Center, John Knox Hospice Care, and the Home Instead Senior Helpers for their care and compassion.

Geneva and family. We are all so very sorry for your loss. Clinton will be remembered in our hearts as a loving man full of laughter. He will be greatly missed. Family of Clinton’s brother, Bill Leach

I am so sorry for the loss to ur family. Don was a great co-worker and I remember our moments of laughter. He loved his family.

So sorry for your loss. Worked with Don at AT&T. He was a joy to work with.