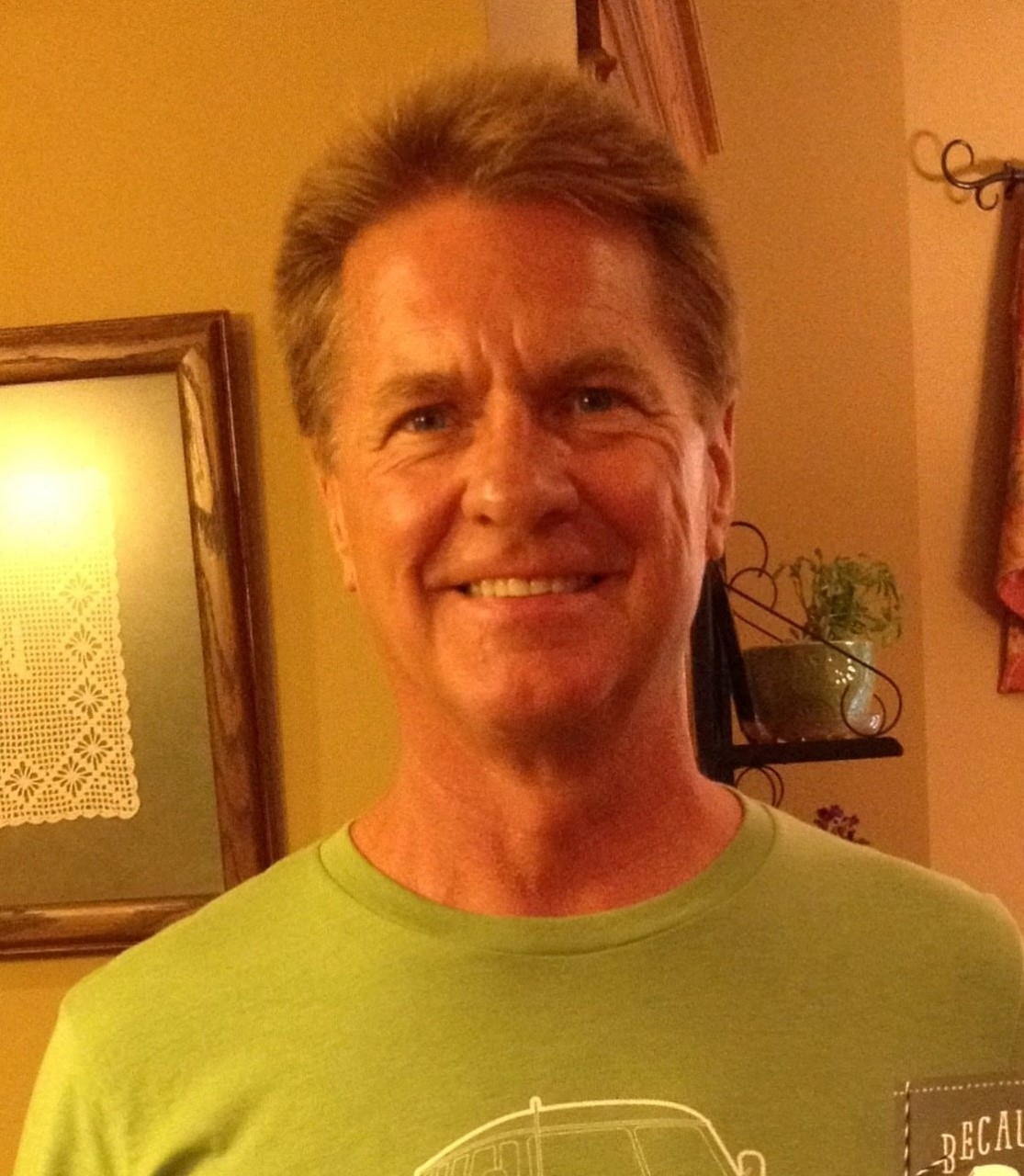 Craig Partin, 66, of Lake Winnebago, MO, passed away on February 26th, 2022 after a courageous battle with Esophageal Cancer.

Craig was born on August 18th, 1955 to James Edward Partin and Flora Madalyn Partin in Des Moines, IA. After graduating from Bethany High School in 1973, he went on to get his degree in business from University of Missouri Kansas City. Taking frequent breaks in study to travel, he often said that he “completed the 10-year plan in 8 years.”

In August of 1987, he met Mary Partin, and they wed in 1988, going on to have a daughter, Amy Partin. Craig began working at Mid-West CAD as a salesman in 1990, where he would work until his retirement in 2019. He was very passionate about his work and found it very hard to retire (at first).

He was a force of nature, determined to provide for his family and give them the life he felt they deserved. His family meant more to him than anything else in the world, something he often mentioned. He was unendingly proud of Amy Partin, and Nellie and always tried his best to be of support them.

Craig was also a passionate sailor and could often be found boating when he wasn’t at home. He enjoyed all water activities and loved to participate in sailing, skiing, pontooning, kayaking, canoeing, float trips, etc.

Anyone who knew Craig knew that he was the most loving father and husband a family could ask for. Craig was predeceased by his father, Jim Partin, his mother, Madalyn Partin, and his brother-in-law, Walter Peery. He is survived by his wife, Mary; his daughter, Amy Partin, and her wife, Nellie; his sister, Rhonda Peery, and her fiance, Kevin Phillips; his niece, Nicole Maccagnano, and her husband, Tony; his nephew, Nathaniel Peery, and his fiance, Kathy Martinez; and his nephew, Noah Peery. He is also survived by his best friend of 60 years, Chris Walter, and his wife, Andrea. Craig will be missed by all of Mary’s brothers– Joe Rhoads, Bob Rhoads, Randy Rhoads, Russell Rhoads, their spouses, and all of their children. He touched the lives of all of them with his warmth and ready laugh.

I am so sorry for your loss Mary. My thoughts and prayers are with you and Amy. Craig had a good spirit. He will be so missed.

I have no words that may relief you the grief of your loss.

What I do have is the fondest memories and the greatest respect for Craig, a dear friend of over 30 years. He was a light in this world that will be missed.

Dear Family of Craig Partin,
It is not possible for me to attend the Memorial Service for Craig in person, but I will be with you in spirit with hugs for all of you. It was a pleasure to know and love Craig for all of his life. My prayers and love is with you.

Craig has been a life force in all 8 of my children’s lives. His kindness and love were unending. Mary, Amy , Nellie. My heart is with you and may all the happy memories ease the pain of your loss. Craig will be missed and please lean on your family who loves you.

So sorry to hear. Always had fun with Craig and thought a lot of him.

Rhonda so sorry for the loss of your brother. You know him and his angels will be watching over you. Hugs and love to you and your family my deepest sympathy. As the Irish say parting glass.xx

Dear Mary,
Our sincerest sympathy. I never got to meet Craig, but have heard from so many what a wonderful person he was. Please know you and your family are in our prayers and thoughts as you go through this very difficult time.

I lost a life-long friend in Craig. I didn’t see him often, but always looked forward to seeing him. He was one of those friends where you pick right up where you left off, no matter the time between. I am so glad to have known Craig Partin.

My love to all of his family and friends.

Mary, Rhonda, Amy and Chris: I’m very sorry for your grief at this terrible loss. I pray you will remember the great times you had together making wonderful memories and that one day, those memories will overwhelm the sense of loss. May God richly bless each of you through this time.

Craig was one of our favorite people on earth! Words can not describe how much he will be missed…..big hugs and prayers for his family. 🙏🏻
Dick and Kathy Moody

Rhonda…………Susan and I wanted to let you all know that we are keeping you and the rest of the family in our thoughts and prayers through this great loss. Soooo many precious memories of our childhood growing up just down the street from you all. Will never forget those endless summer days playing together all day till Mom would holler at me to come home for supper 🙂 So sorry to hear of Craig’s passing. God bless you and keep you always.
Dave

Craig was the best kind of friend. Though I’ve known him only a few short years I found his quick smile and super positive attitude a powerfully buoyant influence. Always quick to lend a helping hand, working on a task together was a pleasure that included abundant laughter.
Here’s to you, Captain Sexy! We miss you already.

Craig was an awesome force! He was always up for anything fun!
I will miss him badly! He was always there with Chris when I would come to town! We had so many good times together!
My kids loved him! He lived life to its fullest!!!

You are all in our prayers. Craig was, and will remain, a light. He had such an adventurous spirit and we enjoyed visiting with him. We are truly blessed for our visit this summer. Until we can give you hugs in person, may you find comfort in our prayers.

In the words of many a Sailor two points starboard and on till sunset.

Mary & Amy
I am so sorry for your loss. Craig was so friendly, personable and upbeat. I enjoyed his stops by my desk to chat. In those chats you both were his favorite subjects and he was so proud of you. He will be missed by many.

While we did not know Craig well, we can say with complete honesty that we have never known a kinder, or more decent person. At a time in our history where those qualities are in far too short of supply, he will be profoundly missed. Our hearts go out to Mary and his family.

Thoughts and prayers with you all. I’m so sorry I have to miss the service today. My sincere condolences ♥️

Craig leaves a void in our hearts. Memories of good times, travel and talks won’t fade. Our heartfelt sorrow goes to Mary and family. He’ll always be with us.

Our sympathy, so very sorry for your loss .

I was sorry to learn of Craig’s illness and sorrier still to hear of his passing.

I have not seen him since a class reunion years ago. He was the same laughing and friendly man I knew in school. This time he was talking about his young daughter and how perfect she was; the irony we both had Amy’s and that mine was years ahead, he was not nearly as far into parenthood. He was golden.

My condolences on your loss.