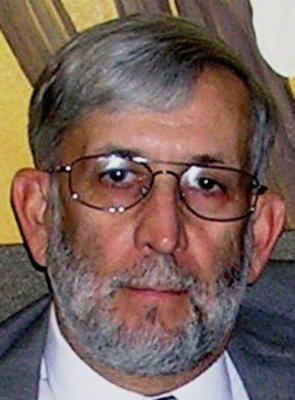 Dale Allen Webb, of Lee’s Summit, Missouri passed away at Kansas City Hospice House on Monday, March 19, 2018 at the age of 65. He died from pneumonia complications that began with type B influenza.

Dale was born January 11, 1953 in Sedalia, Missouri to Arnold C. Webb and Vivian Lois (Bushey) Webb. He graduated from Smith Cotton High School in 1970 and attended State Fair Community College. He lived in Sedalia until 1974 when he moved to Independence. Dale married Diane Brines on December 20, 1975 in Sedalia, MO and then lived in Kansas City until 1987 when they moved to Lee’s Summit.

He was a welder by trade, but many referred to him as a metal artist. He was a very creative metal craftsman. He used to say he could weld anything but a broken heart and the crack of dawn – a quote he borrowed from a fellow welder. His philosophy of life was: Make it your ambition to lead a quiet life, to mind your own business and to work with your hands, just as we told you, so that your daily life may win the respect of outsiders and so that you will not be dependent on anybody. 1 Thessalonians 4:11-12

Dale was preceded in death by his parents. He is survived by his wife, Diane Webb; son, Bryan A Webb of Lee’s Summit; one sister, Carol Phillips of Clinton, MO; and many nieces and nephews.

Funeral services will be held Thursday, March 22nd at Langsford Funeral Home in Lee’s Summit with Rev. Jeremy Vickers officiating. Visitation will be from 1:00p.m. until service time at 2:00p.m. Interment will follow at Memorial Park Cemetery in Sedalia, MO at approximately 4:30 with a short graveside service led by Duane Duchesne.

Words, however kind, can’t mend your heartache, but those who care for you share your grief and wish you comfort and peace of mind. Dale was a great man and friend to our to all of us. So many stories were shared, jokes laughed at and memories made over the years. He will forever be in our hearts.

So sorry to hear this….Dale was always nice… Paul

For once in my life I’m left speechless after hearing about the passing of my old friend. We’d only saw each other at our class reunions, but the conversation always flowed so easily, remembering our youth around Sedalia, Mo. Hopefully we’ll walk the street of gold together! Rest in peace old friend!

For over 50 years Dale and I had experienced many adventures. From camping on Preuitts farm, going up Pikes Peak, rafting on the Colorado River, and Geocaching.My good friend, you will be greatly missed. Miles