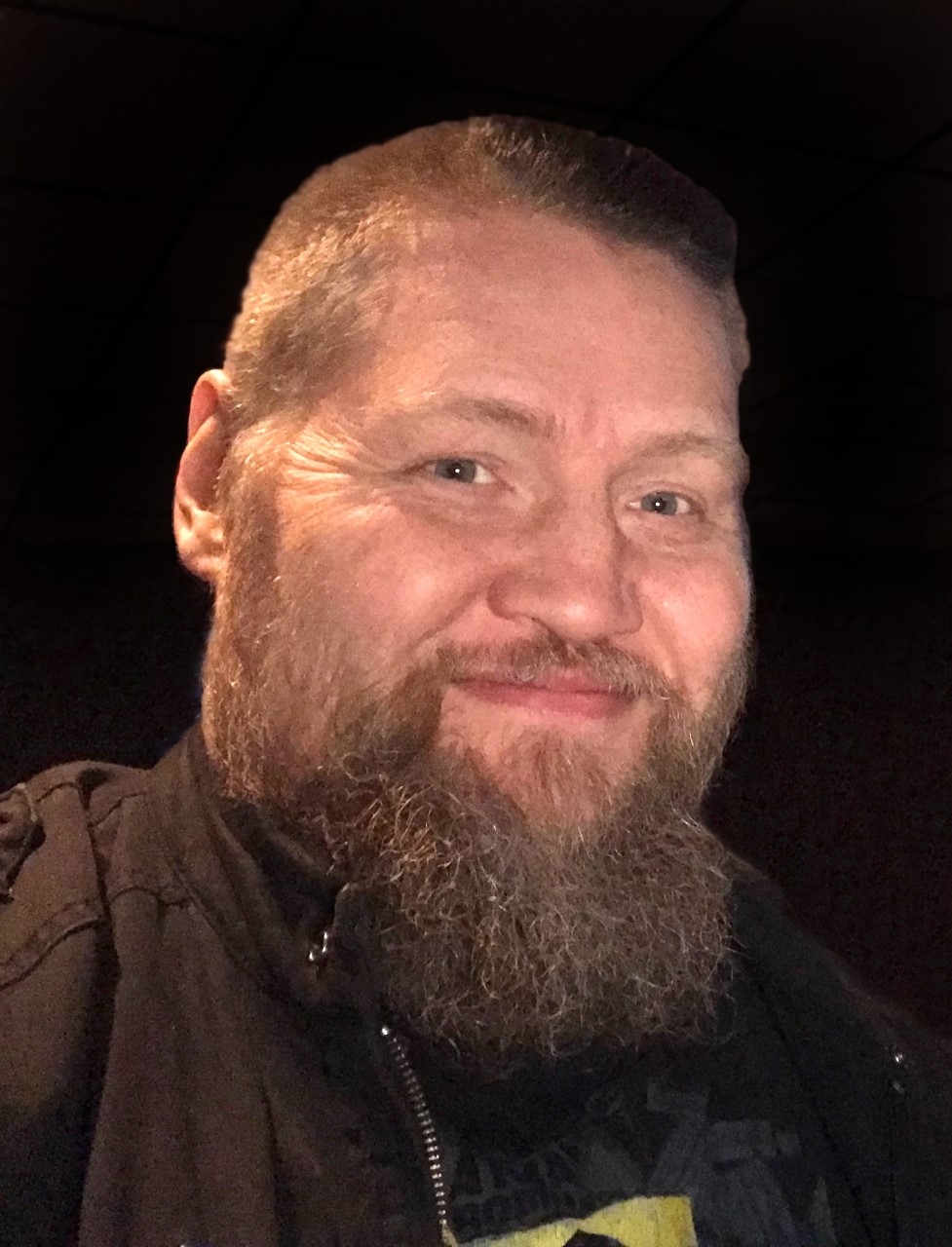 On Thursday, November 7, 2019, David Courtland Spohr, loving husband, passed away unexpectedly at the age of 47.

David was born on September 7, 1972 in Kansas City, Missouri to Carl and Beverly (Monk) Spohr. He graduated from Harrisonville High School in 1991 and studied at UMKC. On May 18, 2002, he married Amanda. He worked for various companies, including Gateway Computers and Store Financial.

David had a passion for the written word, far ranging, from Jack Kerouac, Kurt Vonnegut, and Mark Twain to graphic novels (comic books). He was quite skilled as a writer & poet. David loved all things Star Wars, Marvel and DC comics, and anything Kansas City Royals related. Blessed with a wry sense of humor and a sharp wit, he will be dearly missed.

David and Amanda were avid baseball fans and frequently attended Kansas City Royals games. The highlight of their Royals experience was seeing their favorite team win the 2015 World Series!

David and Amanda’s love for animals initially brought them together. They have cared for and rescued many animals over the years, and most recently their family consisted of dogs Sammy, Rocky, and Flash and cats Batman and Topaz.

David was preceded in death by his father, Carl, and his mother, Beverly. He is survived by his wife Amanda Spohr, older siblings, Paul Spohr, Amy Chidester, and John Spohr, loving nieces, nephews, and his uncle Bob Monk.

A Celebration of David’s Life will be held Monday, November 18, at Langsford Funeral Home, Lee’s Summit, Missouri, with visitation from 9:30-10:30am, and services at 10:30. Private burial will follow.

To celebrate David in a spirit he would enjoy, the family is requesting you wear Star Wars, Royals, Marvel, DC or black t-shirts to the service, but we hope you will attend no matter what your attire.

In lieu of flowers, the family is asking donations be given in David’s name to:
Pawsitive Tails Rescue Foster and Adoption, 604 East Harold Street
Olathe Kansas 66061 pawsitivetailskc.org

Amanda,
I was so sad to hear about David. Maybe we can get together one day.

Amanda, we are sending our love and our light to you to uphold you during this difficult time. Please know you are loved!

He was a great person. He was at Storefinancial when I first started. Such a bright shining light. He was so good at what he did and always very helpful. My prayers are with his family during this most difficult time.