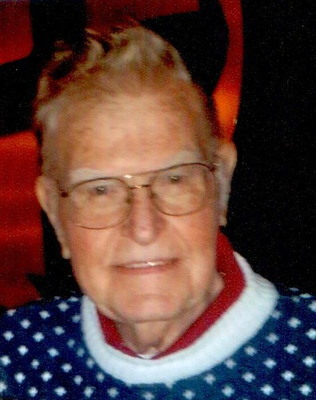 Mr. David E. Anderson (Dave) was born in Bedford, Iowa on April 12, 1930 to August A. Anderson and Alta M. (Cannon) Anderson where he attended school, graduating in 1948, before moving to Independence, MO.

He met his wife of 68 years, Marjorie N. (Marge) Jaquess, after coming to Independence. They were married on February 24, 1950. He was the proud father of three children, two girls, Pamela N. (Grassley) and Debra J. (Debi) (Dickhout) Anderson; and a son, David M. Anderson.

Dave spent his working career employed at the Honeywell (Bendix) facility located in Kansas City, for over 35 years as an Electrical Components Quality Inspector before retiring. The natures of his duties were classified as critical to National Defense, and he was faithful in his oath to maintain this classification throughout his life.

Dave was a faithful and active member of the First Baptist Church of Lee’s Summit. He loved the Lord and served the church in several positions. As deacon for many years, he provided spiritual encouragement and guidance to many friends and church members. His willingness to step up and serve the Lord and church wherever needed was a testament to his spiritual desire to continue God’s work here on this Earth.

Dear Marge, Pam, Debi, Dave & extended family, Sorry for your loss. Praying for you all during the coming days as you face life without Dave and that God will help heal your hearts ~ your hearts are hurting right now. I have known all of you for a long time ~ since grade school ~ when I first met Pam. He is with Jesus and not ill and hurting anymore ~ he is whole and is with Sara. He is probably fishing with my dad and Boyce Kesler and the other fishing buddies.

Marge, I am sorry to hear about David. You know my prayers are with you all. I did not read of the passing until today. I am here if you need anything.