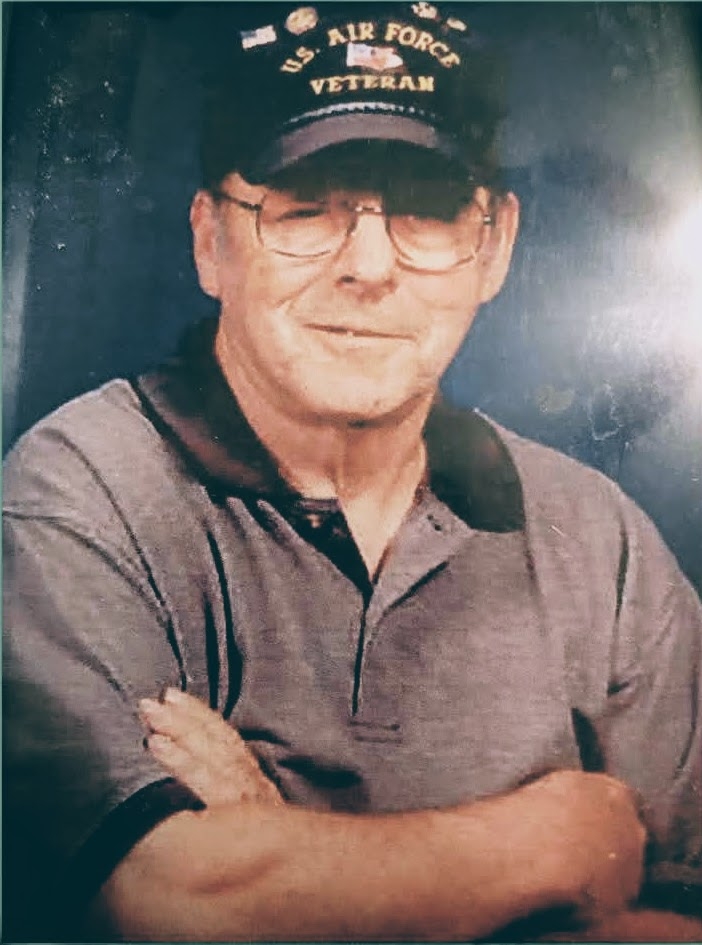 David J. Gleich was born on the 22 of Oct, 1936 in North Bangor, New York. He attended school in Malone, New York and graduated in June 1954. After graduation, he enlisted in the Air Force, serving tours in Greenland, France, England, Alaska and classified duty in Southeast Asia. He retired in June 1975 as a Senior Master Sergeant.

After leaving the Air Force, he briefly lived in Ellenburg Center, New York. He then moved to Joplin, Missouri where, he worked at St. John’s Hospital for 10 years. Later, he moved to Lee’s Summit, Missouri, where he worked for the General Services Administration before retiring in 1995. He owned his own business for several years, and worked as Ticket Taker for the Kansas City Chiefs for 20 yrs. He was a 32° Mason and a past member of the Abou Ben Adam Shrine in Springfield, Missouri.

He was preceded in death by his parents, George A. Gleich and Beatrice Hughes, a brother, Jerry and 2 sisters, Carole & Corrine. He is survived by his wife, Sandra, of 56 years; son Daniel and Karen Gleich and daughter Lynda and Charlie Gippner; grandchildren Julie, Joseph, and Jacob Gleich, and Gabe, Noah, and Sammie Gippner. He is also survived by a sister, Ida, as well as a host of nieces and nephews, and many great nieces and nephews.

I love & miss you soooooooo much

Our sincerest condolences and the passing of our fellow Legionnaire David. We thank him for his service to our country, our flag , his comrades …and the sacrifices he made so that when he was called “to serve”…he could serve.
A grateful nations THANKS and HONORS him!
Commander John Williams
American Legion Post 189
Lees Summit, MIssouri