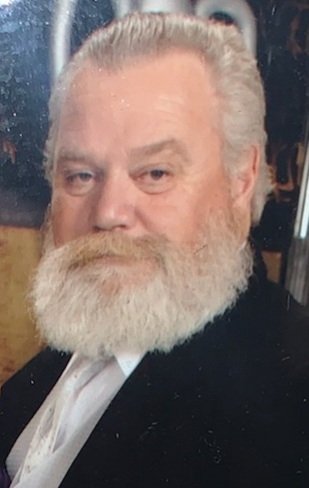 David passed away peacefully at home on January 26, 2021 surrounded by his wife, sons, grandchildren and other family.

After graduating from Turner High School, he enlisted in the United States Navy in 1972 during the Vietnam War where he served abroad the USS Oklahoma City based off the coast of Acosta, Japan. After returning to Kansas City, he met his soul mate Glenda Houchins at church. After being friends, they unexpectedly fell in love and married in August 1979. They had two sons, Matthew David and Christopher Lee.

David was full of life and enjoyed his passion for Missouri Fox trotter horses, his motorcycles & most importantly his passion for his family and friends. He was the husband who was selfless with so much love to give, the dad who was always present in the moment, the brother who was a friend, David was the friend who was always there first during a crisis or sitting with those who had family members in the hospital, he was the neighbor who was always there when any of them had a project they needed help with. As his grandson Easton would say, Papa was a legend.

A celebration of life will be held at 12 noon on February 19, 2021 at Langsford Funeral Home, 115 SW 3rd Street Lee’s Summit, Mo. The family will greet visitors from 11:00am – 12:00 noon. Any donations should be made to the Wounded Warriors Foundation.

Such a sincere and emotional Tribute for David. He lived it and was humble.
A easy Family to love.
David will be missed very much.

My deepest condolences to his family. Dave was one of the best guys I’ve ever known. Without him and Glenda I would have been lost… I don’t know that I could have been as successful as I was as a hotel manager without him…H mye always had my back, and he was the voice of reason in my youth… He worked hard and celebrated life with the same passion. I will never forget Dave… My Chief Engineer, and my friend…God Bless!

Dearest Glenda and family, I am terribly sorry for your loss. My thoughts and prayers are with you at this difficult time.
I remember David as being a kind and caring person, with a great sense of humor. I still remember your first date, I was staying with you that summer. You will always be in my heart. I love you my dear cousin. Love Dana

Glenda and family, I know how tight knit you were as a family and David will be a big loss to you all. Our prayers are with you as you work through these times. God Bless you all.

To the Dave I\Willmon family we extend our sincere condolences. During the past few days, maybe weeks, we knew we had not seen Dave out and about; Unlike him to not be busy in the yard or around his truck. We were concerned for the family, and prayed for all of you. Learning of Dave’s passing, we were saddened. We always enjoyed being around him when he would wander over to say hello as we worked in our yard. I know he will be missed by his many family members and friends. Rest is peace, Dave.

My heart breaks for your family. David was a wonderful man who always showed up for his family.

So sorry to hear of David’s passing. My thoughts and prayers for all the family as you go through this difficult time.

Thank you brother (Big Hog) for always being there over the last 40 years. I will always miss the laughs and beers we had over the years. I remember throwing papers with you and Jerry (Little Hog) on those crappy Sundays. The drive down and back from Florida. You were 1 of a kind man! RIP till we see each other again!
Love,
Bacon

Glenda & Family; my heart hurts for your beautiful family and loss of David. While I only met & visited very briefly with David, his inquiring & watchful eyes made it easy for me to want to continue visiting with him. Your large and devoted family seems to clearly represent his character, love & devotion – oh and his enjoyment of Fox Trotter horses! I will continue to keep all of you in my prayers. “Time wounds, all heals.” __John Lennon. Namaste, Linda

My heart goes out to you Hailey Glenda Matt and Chris, I’m sure Dave’s passing left a huge empty hole in your life, Claudia and me want to say were sorry for your loss and it a loss we feel as well. We all heard the phrase “I got your back” in my world, Dave always had my back, weather it was grinding up tree limbs or in my time of personnel crisis Dave was always there helping to take up the slack. I can say I’m that I’m a better man today from being friends with Dave Willmon. Rest in Peace My good Friend John Rouchka

Friends,
Thank you so much for your comments here. As you can imagine, they mirror the comments left on his FB page. He truly was there for anyone who needed him. He was a selfless person always taking care of others. Our family is devastated with this loss but your comments and thoughtfulness give us comfort and makes our hearts smile. Thank you again for honoring him. Love, Glenda