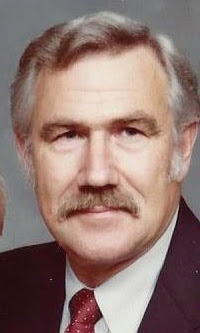 He attended grade school at Beaver Springs, in a one-room schoolhouse founded by his grandfather, who had the school chartered by the Cherokee Nation. He was a 1956 graduate of Colcord (Oklahoma) High School, where he was a member of the basketball team. He also played basketball for Connors State College in Warner, Oklahoma.

In 1956, he married Donna Porter. They had three children, Hal and Tim Cannon, and Mariesa Cannon Estes. That marriage ended and on September 14, 1973, he married Nola June Davenport Topping, who also brought three children to their family; Danny and Donald Topping, and Susie Topping Murrell. He was a member of Bethel United Methodist Church in West Siloam Springs, Oklahoma and was a longtime member of Grandview Church of Christ and more recently Southpoint Church of Christ in Kansas City, Missouri. He worked in the construction field when he was young and then for Porter Roofing for many years as a Roofing Estimator and later for SPEC as a Roofing and Materials Salesman before retiring. Later in life, he learned woodcarving, creating beautiful works of art honoring his Cherokee heritage. At the time of his death, he was learning to draw.

David enjoyed target shooting, walking his dogs, and spending time with his family at their cabin in Brumley, Missouri. He had a quick wit and wonderful sense of humor. No one spent time in his presence without laughing. David was a caring husband, and was devoted to taking care of his wife Nola in her later years. Theirs was an inspiring example of a loving and committed marriage. He continued to visit residents and employees at Delmar Gardens of Overland Park where Nola lived at the end of her life. He was also a hospice volunteer and volunteer poker dealer at several nursing homes. David was a steadfast, kind, and loving presence for his family and friends.

He is preceded in death by his wife Nola; his parents; sister, Letty Jo Johnson; brother, Bob Morton Cannon; and step-son, Danny Topping. He is survived by his brother and sister-in-law, Lex and Janie Cannon of Colcord, Oklahoma; his children, Hal and Tim Cannon of Colcord, Oklahoma, Mariesa Cannon Estes of Kansas City, Missouri, Donald Topping and his wife Ally of Grandview, Missouri, and Susie Topping Murrell and her husband Jeff of Lee’s Summit, Missouri; grandchildren, great-grandchildren, and many family and friends.

Mr C was a true treasure. His quiet listening and gentle guidance is something that will be missed by many. His laugh was contagious and has lightened my heart on many occasions. Congratulations on a life well lived and Rest In Peace now. You will be missed here, but loved ones have been waiting patiently for you on the other side. I’m good with that.

Mr. C was the best he was always there for whoever needed him. He would walk every day and we would watch for him. I still look for him every morning but he does not show up now he is with his beautiful wife in heaven. You will be deeply missed by all of us in the neighborhood. Go rest high on that mountain Mr. C

May he Rest In Peace, he will be missed.

Mr Cannon was a extraordinary man.I was blessed by knowing him from church at South Pointe in KC Mo for the last nine months.