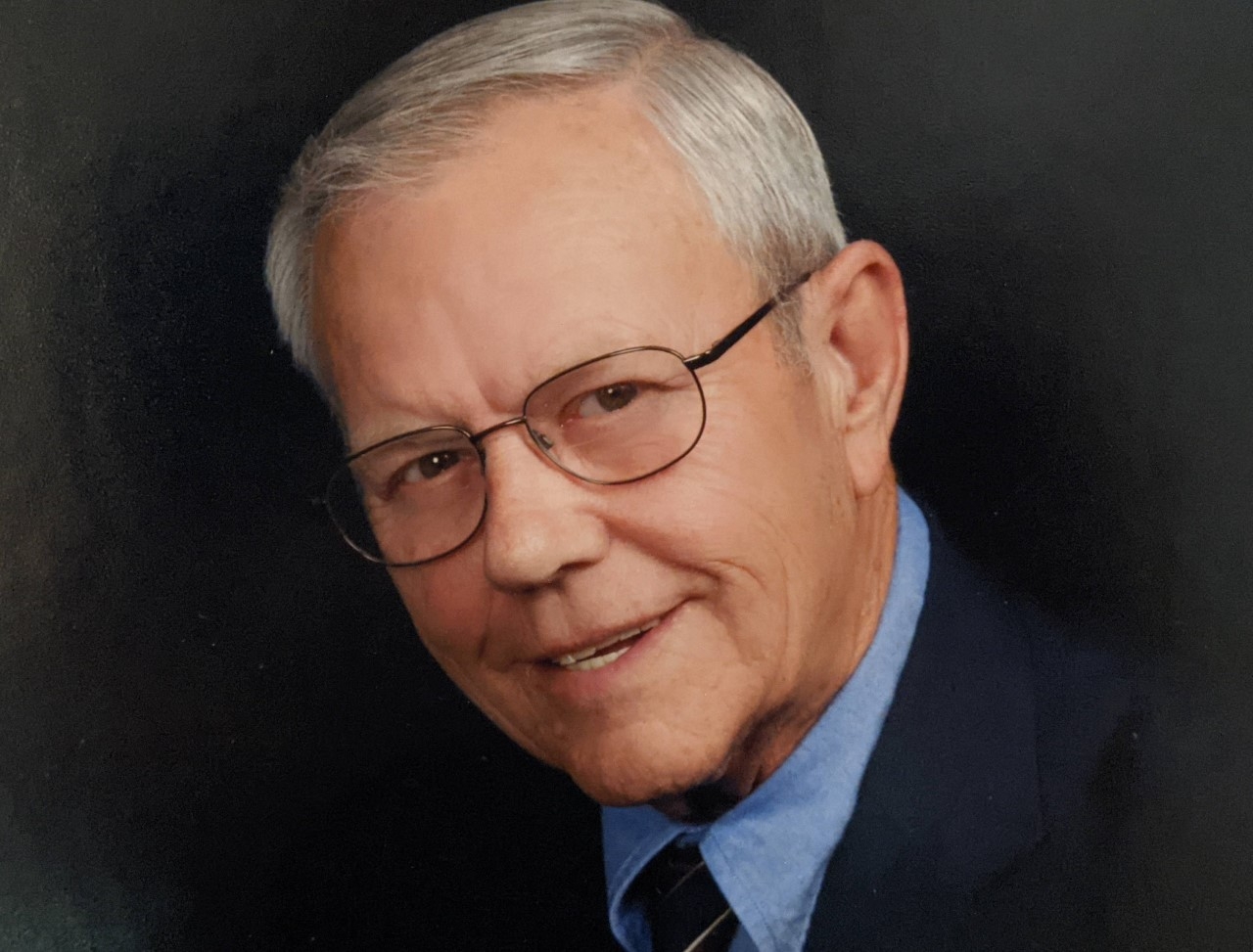 Dean Bernard Heimes, age 81, of Lee’s Summit, Missouri, died at home on July 12, 2021.  Funeral services will be held on July 23, 2021 at Our Lady of the Presentation Catholic Church, 130 NW Murray Road, Lee’s Summit, Missouri 64081.  A rosary will be prayed at 10:00am, followed by visitation and a funeral mass at 11:00am.  Graveside services will follow with military honors at Mount Olivet Cemetery, 7601 Blue Ridge Boulevard, Kansas City, Missouri 64138 at the Carrying of the Cross Columbarium.

Dean was born January 8, 1940 in Omaha, Nebraska.  He was gratefully adopted at age 8 by Ignatius and Jeanette Heimes, where he grew up on the family farm in Wynot, Nebraska with his four siblings.  After graduating high school, he served from 1958-1960 in the United States Army, where he was stationed at Fort Belvoir, Virginia.  He then moved to Lincoln, Nebraska to attend the University of Nebraska, and soon met his beloved wife, Bonnie, whom he married on July 25, 1964.  Their only daughter, Barbara, was born a year later.  While in Lincoln, he began his long career with Sears and Roebuck, working his way up to executive management through positions in several states in the Midwest.  Following his retirement, Dean and Bonnie owned and operated Hoover Auto Parts in Topeka, Kansas until 1998.  They then moved to Lee’s Summit, Missouri, where Dean returned to Sears as a consultant for several years.  His final career was in tax preparation, working for the Franklin Group, which he enjoyed and continued annually through the 2021 tax season.

Dean was a loving husband and father and was devoted to his family.  He loved the outdoors where he was an avid golfer, hunter, and fisherman.  He had a kind heart and a generous spirit, often helping family, friends, and neighbors.  He loved to volunteer through the church and the Knights of Columbus, where he was a member of the 4th Degree and the Honor Guard.  But his favorite role by far was being Grandpa to his grandson, Jack.

Deepest condolences for your loss. Praying for comfort for the entire family and all who loved him.

Dear Bonnie, Barbara and Jack,
I was truly sad to hear of Dean’s passing. He was the kindest man and always had a smile on his face. Every time I saw him at church he was so friendly to everyone he met. I especially liked seeing him and the other gentlemen when they were in their Knights of Columbus attire with the swords for special Holy Days. He gave it such grace and dignity. He will be greatly missed. May you find comfort in your memories. God bless and keep you always.
Jennifer

We are sure sorry to hear about Dean’s passing and we hope Bonnie and Barb are doing ok over their great loss. We miss seeing you guys at the beauty shop but things just happen beyond our control. We have known you guys for several years and really had some good times watching you and Ann grow up to be Mothers.

Barb & family,
I am so sorry to hear about the passing of your father. I remember his “dance moves”at Stacy’s wedding. I will be praying for you, Jack and your mom. May God surround you with tons of love and support.
Pat Richardson

I will miss you, my friend.

You all continue to be in our thoughts and prayers…Navigating life without this special man will be difficult…some days more difficult than others…the great memories you have will hopefully ease some of your sadness and pain.

Love to you all!

He was a very good man I got to know him in The Knights of Columbus Honor Guard . Rest in Peace.Dean God Bless
John Polito and Family

We are sorry to hear of Dean’s passing. We celebrate his full life and send condolences. We will miss his smiling face at our golf tournament. Our prayers go out to the family.