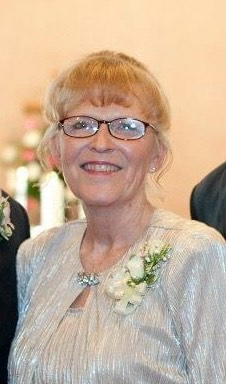 Deborah “Deb” Gail Langsdale, 69, of Lee’s Summit, MO passed away unexpectedly on October 5, 2022. Deb was born on July 28, 1953, to Carl & Flora Tisthammer in Lincoln, NE. She attended and graduated from West Covina High School in California.

While working in Pasadena, CA, she met her future husband, Mark Langsdale, and has been married for over 41 years. They eventually moved to Missouri in 1990. She began working as an Administrative Assistant at Park Lane Medical Center in Kansas City, MO. and transferred to St. Luke’s East Hospital in Lee’s Summit, MO in 2006, when the hospital first opened. She’s worked as the Executive Administrative Assistant since that time in the hospital’s front office.

Deb enjoyed being around her family and grandchildren the most, as well as numerous pets along the way. She was the current Directress of the Altar Guild at St. Matthew Lutheran Church where she provided many services to the weekly operations of the church and attended regularly. She was an incredibly selfless person, always taking care of the people around her. Her impact was felt by many people and she will be deeply missed.

She is preceded in death by her parents. She is survived by her husband Mark Langsdale, two sons, Jake (Rachel) Langsdale and Nick (Ashley) Langsdale, and 5 grandchildren, Bennett, Blakely, Emerson, Callum, and expected Aurelia Langsdale.

Mark, Dennis and I were so sorry to hear of the loss of your wife Deb. Prayers for you and your sons during this difficult time. I will always remember her smiling, friendly face. Linda and Dennis Denker

I met Deb in 1999 when we worked at Research Medical Center. In 2010 I transferred to Saint Luke’s East Hospital where our friendship connected again. She was such a great friend. She was kind, caring, and lovable. I will miss my dear friend. I take joy in knowing that she knew the Lord. To the Langsdale family, I pray God will comfort your hearts and give you strength in the days to follow.
Sonia Thomas