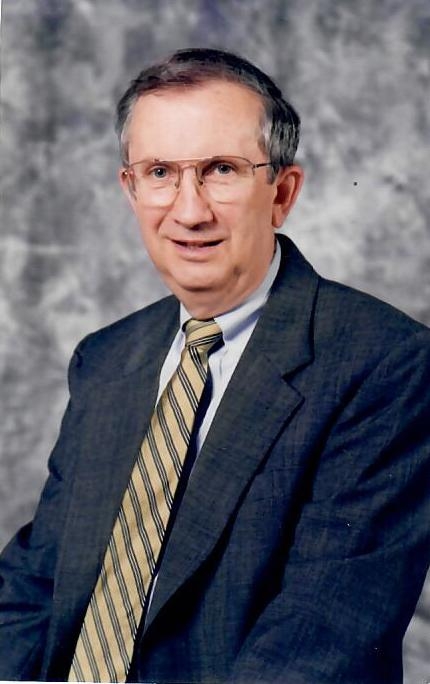 Dennis V. Mitchell, 77, passed away on April 6, 2022. Dennis was born on July 27, 1944, in Hutchison, KS, the son of Edward and Irene (Zimmerman) Mitchell. He was proud to call Hutchinson his home and lived there until he left for college. Among other jobs his father was a baker in the Dillons Bakery. Dennis would work in the very same bakery in high school and while attending Hutchinson Community College. He was married to Alice Mitchell from 1992 until her death following a difficult battle with cancer in 2015. Dennis loved her dearly and diligently cared for her during her illness. He was a graduate of Hutchinson High School, Hutchinson Community College and Washburn University. He received a Masters in Public Administration from the University of Kansas where he would begin his affection for the Kansas Jayhawks. He never forgot that he was also a grateful Ichabod.

Upon graduating from KU he began his career in city government by first working at the Kansas League of Municipalities and later as the City Administrator of Garnett, Kansas and then City Manager of Fort Scott, Kansas. He also served as the Public Works Director in Hutchinson.

Dennis left city management in 1977 to join the municipal investment banking division of Shearson Hayden & Stone, that firm would eventually be purchased by American Express and renamed Shearson/American Express. Although he was an up-and-coming talent as a city manager, he would find his calling in investment banking. Dennis enjoyed serving Kansas and Missouri communities big and small. His clients included communities such as St. Joseph, Independence and Blue Springs to name a few. He retired in 2017 finishing his career as a Managing Director with Piper Jaffray. He felt a special bond with many of his co-workers at Piper Jaffray.

He had a number of interests outside of his family and investment banking. One of those was hybridizing daylilies. He carefully nurtured varieties and won a state award for a new variety called “Kayla’s Song,” named after his granddaughter. A variety that is still available for purchase. He was also known for being a voracious reader of newspapers, periodicals and books. He forwarded thousands of articles to his friends and co-workers. These forwards weren’t random blasts, but were (at least most of the time) carefully curated based on the interests the recipient. Alice joined him in his love for reading and sharing books.

He was an avid follower of KU Basketball and the Royals. He was thrilled that KU Basketball won another National Championship. He had a particular affinity for the golfer Gary Woodland due to his attending both Washburn and KU. He followed his career with great interest and would email or text friends with Gary’s start time on Thursdays.

Dennis was a devoted Christian who held a deep belief in the life of Jesus Christ, both as an example and Savior. Prior to moving to John Knox Village he was the church librarian at Raintree Community Church, where he enjoyed many years of fellowship.

He was deeply loyal. He valued and maintained friendships with many of his childhood friends. He was proud to tell anyone who would listen that Hutchinson was his hometown. He felt strongly that a person shouldn’t forget their roots. Several friends from his days in grade school, Jim King and Dick Grove, were frequent visitors in the last months of his life, bringing him newspapers and keeping him up to date. He shared lunches with these men and other Hutchinson classmates on a regular basis.

He enjoyed a special bond with his son Tad. Dennis’ loved dogs, especially small dogs, but he also took a keen interest in Tad’s bigger dogs. They shared his love KU Basketball and enjoyed texting and talking about KU’s recent run up to the Final Four and finally winning the National Championship.

He was preceded in death by his wife Alice, and his son Trent. Survivors include: his son Tad Mitchell, granddaughter Kayla Mitchell and great grandson Kenji, Alice’s children and grandchildren. He enjoyed a special connection with Grace, Paige and Claire (children of Troy and Jamie Medley) and Brooklyn and Caroline (children of Jason and Heather Medley). He found great joy supporting Brooklyn and Caroline’s interest in dancing and would proudly show visitors pictures of them in their dance outfits. In the last years of his life Paco and Molly, both rescue dogs, were great companions. He was also grateful for his many friends at John Knox Village.

He was preceded in death by brothers Edward and Doug and his sister Marilyn (Wyatt), and is survived by his brother Jim who lives in Hutchinson.

In lieu of flowers, memorial contributions are suggested to SalvationArmy.org or your favorite animal shelter that promotes the adoption of rescue dogs. A memorial service will be held at 10:00 a.m. on Saturday, April 16th at the Langsford Funeral Home, 115 SW 3rd St., Lee’s Summit, MO 64063 (816)524-3700.

To his children and grandchildren…I am so sorry for your loss…we will miss seeing him at our 60th Class Reunion of 1962 this coming September.

Rest In Peace my friend.

Rip my Uncle Denny. I’ve always had fond memories of you. You are gone from this earth but never forgotten. Sending my sympathies to Tad and family members. Sincerely, Karen Cline Hutchinson, Ks.

I am sorry for the passing of Dennis & pray for comfort for his family & friends. I was a HS classmate-and grade school-of Dennis’s.

So sorry of the loss of an old friend from school . I grew up in Hutch too. I remember Mitchel to being a very quite reserved person. Thank you for telling me. Rip

My condolences to the Medley families, Tad and Kayla.
Evelyn Harned