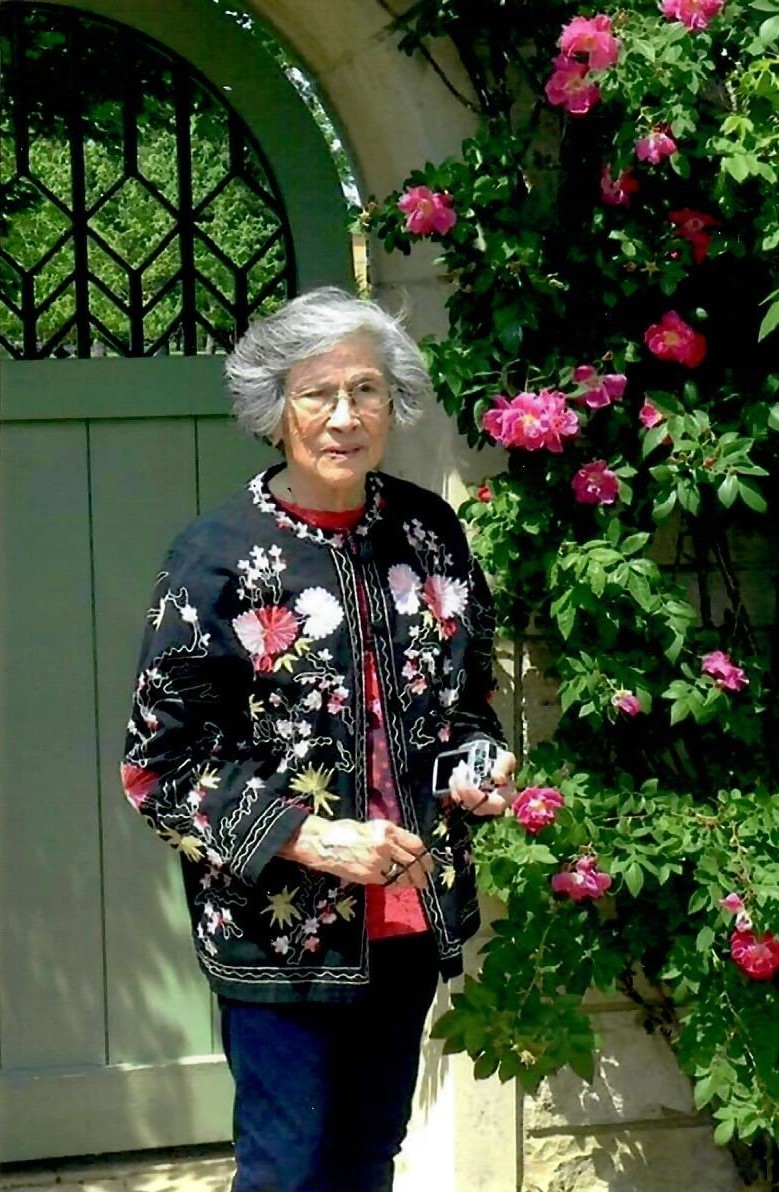 Dolores was born in Caridad La Piedad, Michoacán, Mexico in December 1933. Years later she became a proud citizen of the United States.

Whether you knew her by Mom, Sis, Grandma, Aunt Lola or Dee, Dolores always had time for you. She was a caregiver not only to her siblings and family but to neighbors who became friends and friends who shared family status. She was a hair stylist all her life and eventually she and her longtime friend and co-worker, Carolyn Weeks, became an owner of Carol Dee’s in Raytown, Missouri. Dolores found it hard to refuse any request for help. She would make house calls, most times with a grandchild in tow, to do someone’s hair after she had worked all day. Weekends were never off limits to someone who needed her care and style abilities. Many of her customers became life-long friends and you could find them traveling together, having dinner, playing the ponies and racing the dogs.  Evenings at “the Boats” were great fun, stretching $20.00 into several hours, sometimes multi-hundred dollar wins and new friends.

Throughout her life, Dolores lived by example. She was a woman of great and profound faith. She had an everlasting devotion to the Virgin of Guadalupe praying daily for her intersession directed for her children and all her family. By her example, she impressed on her children the value of hard work, devotion to family and deep faith.

Active through adversity and illness, Dolores kept going. She was not one to sit idly by while the world turned. She walked. Her daughter-in-law recalled that no one else walked the miles that Dolores walked.

Dolores loved to dance. Ballroom dancing became a passion for her so much so, that she entered and won a first-place prize with her instructor partner in a Cha Cha heat at the Heart of America dance competition in August 1985. As a matter of fact, she met her husband, Bob, at a dance at John Knox Village, and they danced together until his death.

Dolores was a traveler. She made many religious pilgrimages to Mexico with her mother and sisters including visiting the Cathedral in Mexico City, Guadalajara, and Taxco. One of her greatest thrills was traveling to Philadelphia to see Pope Francis with Cecilia and her sisters, Hope and Lupe. Notwithstanding, she dipped her toes in the azure waters of the Atlantic around the Bahamas, and Pacific waters in Hawaii. The Grand Canyon, Disneyland, San Francisco, Texas beaches, Mississippi, New York, Washington State and Washington DC also found themselves in the sights of her camera which she always carried.

As an artist, her travels took her to workshops in various locations in Missouri. She most enjoyed her trip to an artist retreat in New Mexico. Her oil, acrylic and watercolor paintings are found in the homes of her family and some friends where they are cherished and proudly displayed.

A woman of many talents, Dolores also knitted and crocheted, sewed and quilted inspiring others to take up the craft. She crocheted doll clothes with her granddaughter and made tablecloths, bedspreads and doilies with her friends. She gifted many projects, some of them heirloom quality to family members and friends. Her winter hats and booties kept many of us warm.

If you feed them, they will come, especially to Dolores’ home for delectable flour tortillas, the best banana bread, fruit pies (the fruit taken from trees in her backyard) and peach cobbler. Pudding was always on the menu along with Sunday roast w/mashed potatoes and all the fixings. Gathering with family during the Christmas holidays was Tamale making time. You would find Dolores with her brothers, sisters, daughter, nieces and nephews elbow deep in masa spooning filling for the most delicious Tamale Christmas eve dinner before midnight Mass. Being surrounded with her family always filled Dolores with joy!

Rose, iris, daisy, any flower, any color made Dolores so happy! Cut flowers from her garden graced her bedroom and many rooms in her home. Her garden gave her such pleasure. Every season brought her a new crop of beauties to love. She shared her knowledge and love of plants, flowers, trees and birds with her daughter, granddaughters and son-in-law. Their gardens are a legacy and tribute to Dolores.

There will always be an empty space at our tables, an unoccupied chair in our living rooms and a deep chasm in our hearts. We love you, Grandma, and we will miss you forever.

In lieu of flowers, please consider a donation to The Little Sisters of the Poor

The Alexander family wish you all comfort and peace during this difficult time. We enjoyed hearing stories about Grandma Lola. She was an amazing woman.

I feel deeply for your loss of this beautiful fine lady of grace. I am a neighbor and friend to Anthony Parra and he has spoken so kindly of his beloved aunt Delores. After reading this beautifully written obituary I felt a need to make a comment of appreciation and sorrow for her many talents and families she touched in so many varied ways and a special sorrow that I never met her. I do know that the face of the Lord is shining upon her right now.

Dolores, Always a smile and a positive word. It was an honor to know her and to be a friend of the family. One of a kind, her kindness will be missed. God bless

My beautiful, humble sister! I cherish all the times we traveled, laughed and joked together. I will forever miss you as you watch over us from heaven. You are with all the guys, cousins, uncles, grandparents and Mom and Dad, Lucky You! Be at peace dear Sister.