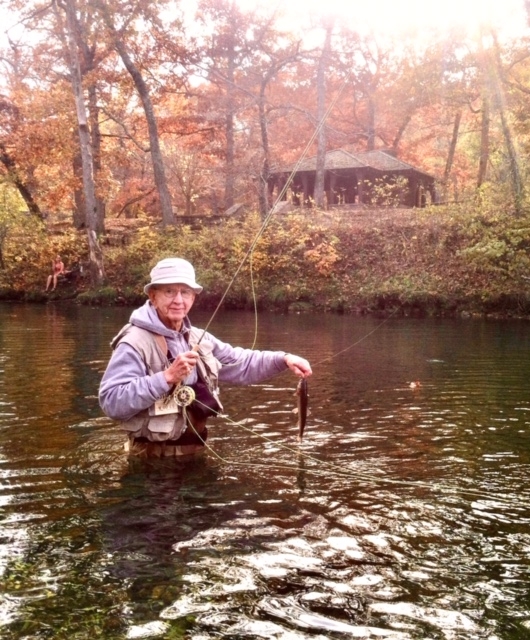 Donald B. Harris, 92 of Lees Summit, MO passed peacefully and joyfully into the arms of Jesus his Savior, and back into the arms of his beloved wife Barbara on September 9, 2020 at the Kansas City Hospice House.

Donald had the most wonderful parents, two loving sisters and a little brother. It was during his childhood that he developed his passion for sports (basketball and track), fishing, hunting and singing.  He was a star athlete and continued playing competitive basketball into his 60’s; and tennis until the age of 90.

Donald served a two year tour in the U.S. Navy in 1947-1949 and was stationed in Washington, DC where he worked in the Department of Naval Personnel and was lead tenor in the distinguished Navy Bluejacket Quartet.  He also played basketball for the Navy team.

After his Navy tour, Donald married Barbara, the love of his life in 1950 and celebrated almost 60 years until Barbara’s passing in 2010. They had four children; Suzanne Reece (husband Richard),  Brent Harris (wife Mary Ann), Bradley Harris (wife Phyllis) and Janelle Carey (husband Patrick), six beloved grandchildren and six great-grandchildren.  Together they were the most loving and wonderful parents and grandparents, not only to their four children but ‘adoptive parents’ to countless others.  Their home was always a safe and loving place for all to gather.

Donald worked 38 years as an Outside Customer Service Representative for the Kansas City Power & Light Company, turning down numerous promotion opportunities because he wanted to spend more time with his family.

Donald’s favorite hobby was fly fishing for rainbow trout.  This lifelong passion was shared by his wife, children and grandchildren. Don, Barbara and their children would spend almost every summer vacation in a trout stream together; and after retirement would spend 5-6 weeks a year in the river and teaching others how to fly fish.

Donald never lost his passion for music and passed on his love for singing to his children and grandchildren.

Above all else, Donald’s greatest love was Jesus, His Lord and Savior. He spent all his life, and especially the last 10 years lovingly sharing Jesus’ love and Life with everyone he could.  Even during his valiant 16 month battle with cancer, he would tell doctors, nurses, and other patients about Jesus’ love for them and the eternal Life that He offers. All the way up until the final day he could speak, he was telling the wonderful nurses at Kansas City Hospice House about his Savior.  This is Donald B. Harris’ greatest legacy.  He passed into Heaven with his four children at his bedside while they sang his favorite hymn ‘How Great Thou Art’.

Donald wanted this promise to be the last words he shared here on Earth:  ‘Jesus said to her, “I am the resurrection and the life; he who believes in Me will live even if he dies, and everyone who lives and believes in Me will never die. Do you believe this?” ‘ John 11:25-26

Burial will be at Newcomer’s Floral Hills in Kansas City in a private service.  A Celebration of Life Service will be announced at a future date.  All of the Harris children want to thank their dear friends and family for their love and prayers.

In lieu of flowers, Donald requests donations to the amazing and wonderful Kansas City Hospice House at kchospice.org/donations

Such a wonderful tribute. Prayers, hugs and love to each of you. I pray, that we all, could have such a love for Jesus!!!!

Mr. Donald Harris was my first Spiritual Dad who with my Spiritual Mom, his wife, who opened their home to young people like me for Bible Study, 2 on 2 and 3 on 3 basketball games in his driveway. I celebrate your life of sharing the love of Jesus Christ with me and others. I am confident that you heard the words from your Lord, “Well done, my good and faithful servant, enter into your rewards.” Thank you.

My love and sympathies to you. My great Uncle Don was a wonderful man and I was so blessed to have had a relationship with him. I find peace knowing he’s with his Savior, his love Barbara, and all our family whose gone before us. What a celebration they are having!!!

This is a beautiful tribute to a beautiful man who was the ultimate witness to our Lord and the Gospel. It is evidenced by the lives of his 4 children. I personally met him once but it left an indelible impression. Godspeed Don, Sing with the angels so those of us on earth can hear. The JOY you must of felt entering into everlasting life. Godspeed to Brad, Brent, Susan and Janelle and families. Just hold close n your hearts your tremendous memories of your folks and God will do the rest. Many love you.

Beautiful tribute! My family will be praying for family and friends! Donald has left a powerful legacy – one we should all seek to emulate! Big shoes to follow but I know, no one will be left behind.
Much Love,
Bob Phillips

We want to express our most sincere condolences to the Harris family at this time for their father’s passing. Even though we didn’t know Donald, we knew Brad. And knowing Brad as knowing Donald, because how else would Brad have become the man he is without his father to guide him. We share in your sorrow but also know he is now in a wonderful place with his wife and friend Jesus.

Oh Brad in such deep sorrow I pray that Jesus will sustain. You and your family during this time. Love all of you and pray that you all remember the good times!!!

Sorry to hear about your Dad. We loved him dearly as all of your family We are all better persons for knowing him and your mom. Love Kent and Kris Wilcoxon

One of the greatest gifts given us during our journey through life in Missouri has been meeting the Harris family, and most especially Don Harris. He, along with Brad, Emily, Phyllis, Janelle, and Suzanne, welcomed us into the fold. It was easy to see that Don nurtured his family into the arms of our Savior, Jesus Christ. It is with great sadness that we say goodbye for a time. All is well with his/our souls.

I had the pleasure of meeting daughter, Suzanne, & have a deep friendship with son, Brent,& Mary Ann & Jeff. I did not have the pleasure of meeting their father, Don, but he & Barbara raised incredible children & I am glad to read & learn about him thru his life story here. Mr. Harris showed such a zeal for living actively here on Earth, & his faith brings him to his heavenly home. Each person is blessed to know him and his family members.

Our condolences to you Brad and to your family from Eva and Walter. Keep focused upon the Lord our Savior knowing that what awaits us, is our great reunion and the communion of the saints and our eternal occupation of the wondrous, glorious worship of our God and Savior Jesus. Our prayers are with you and yours always.

I am so heart broken. He was such a great man, father, friend, guidance counselor, husband. The torch has been handed now from our parents to us. Lead as many as you can to Jesus. As I know you are and will. Love you my friend. I will miss him everyday. I know you know he is with the Lord and your mom. I am so sad though.

I met Mr. Harris at Bennett Springs a few yrs ago.A very sweet kind gentleman.Blessings to his family,I know theres a peaceful feeling knowing you will be together again.Much love to you. Annette♡

My beloved mother loved Barbara and Don, and was a part of the Loma Vista Church family, as were my brothers and myself. What fond memories we have of those days! What a wonderful, rich, full life Don lived! May those happy memories, the warmth of your beautiful family life, and God’s grace comfort you all in your loss. Know that you were truly blessed to have had such a wonderful father.

Our most sincere condolences to the family & friends. May you find peace in knowing where your your father resides. Although we know the emotional pain you are going through, we know it’s Heavens gain. Peace unto you all.

I am so sorry for your loss. Don was such a sweet man! He always had a smile on his face and made me feel special every time I saw him. I first became acquainted with him at KC Power & Light. He knew my Aunt Katy and Uncle Don and would always share stories with me about the good times they had! He would always talk with such pride and joy about his beautiful wife and kids. He loved you all SO much! What impressed me the most was his love for Jesus and how he was never too shy about sharing what Jesus meant to him with everyone he met! I am praying for all of you!

So sorry to hear of Don’s passing. Such a great man of God! Always enjoyed being at the Harris home, and having him as a Sunday School teacher. I know he will be sorely missed by his family, though I rejoice in knowing he is with Christ and Barbara again for all eternity! My list of friends in heaven has grown again, along with my great anticipation of joining them one day. Glory to God!

A lovely tribute to your father, Suzanne, Brent, Brad, and Janelle. My love is with you and your families as you celebrate your father’s life and as you grieve his loss in your own. I know your faith will comfort you. The four of you and your mother and father have been a gracious blessing in my life and I thank you. With all my love, Eric Pankey

What a wonderful tribute! I never met Donald, but wish I had. He was obviously a loving Christian man and an inspiration for his family and all who knew him. I pray for his family and friends; for their peace, strength, and courage in this difficult time. Donald will be missed, but the good news is that Donald is at peace with his Lord and Savior and is reunited with his loving wife, Barbara.

Our condolences with much love and fond memories of Don.
Bettye Gault & The Tom family

Bradley, I am soooo sorry to hear your Dad passed! FAMILIES ARE FOREVER and I know you will be with him again, and your Mom! My love and prayers are with you and your families for Comfort, Strength and Peace! I love you, Cousin!

God Bless all of the Harris family.

My condolences from a Raintree resident. My husband and I moved to Raintree a little over 10 years ago (on Duck Pond) and ran into Don almost immediately as a result of his love of fishing. It was apparent from the first meeting that he was a very caring person and always wanted to know how Frank, myself, and Penny (our dog) were getting along. Didn’t realize he had passed until I saw his family this morning at his house. Take comfort in knowing he was very special and is fishing all he wants now in heaven.

Don and I spent many hours on lake Jacomo in my boat catching crappie. The first time he caught 30 and I caught 1 but he taught me to use light tackle so I could feel the little “peck”. We shared lots of laughs and good times and our faith. I’m gonna miss him!

I just heard of dear Donald’s passing. He and Barb were great neighbors of mine for many years. I will miss him. I am so happy that he and his love Barb are together again. He missed her so much.