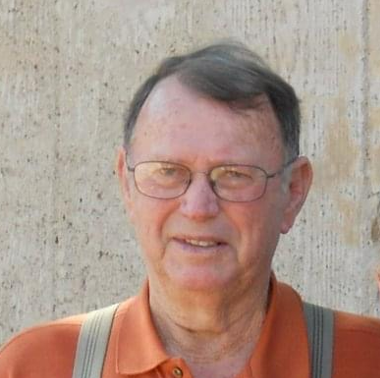 Don was born January 23, 1939 to Keith and Irene (Devereaux) Branick in Newton County, Missouri. He grew up on the family farm, Branick Dairy, in Neosho, Missouri. He graduated from Neosho High School in 1957 and worked for Rocketdyne, building rocket engines. He married Carolyn Townsend and they had two children, James and Deborah, before divorcing. Don was active in the Lee’s Summit community for many years, participating in the Jaycees, Fair Board, Ararat Shrine, and Elks.

Don owned a construction company, Branick Construction, and built many commercial buildings in the midwest. In 1979, while building Indian Creek Nursing Center of Missouri, he met and later married, Sandra Moret. Together over 40 years, they enjoyed spending time with friends and family at Table Rock Lake, boating, fishing, playing cards and grilling. He loved his sports including Kansas City Chiefs, Royals and racing.

In the early 90’s, Don joined his son working for Burdg Dunham & Associates, where he worked until his retirement, building out retail stores across the US including many Yankee Candles & Maurices. Don will be remembered for his faith, devotion to family and friends, and strong work ethic.

My Prayers for those whom you loved and loved you. I know you will truly be missed and forever live on in their memories. God Speed.