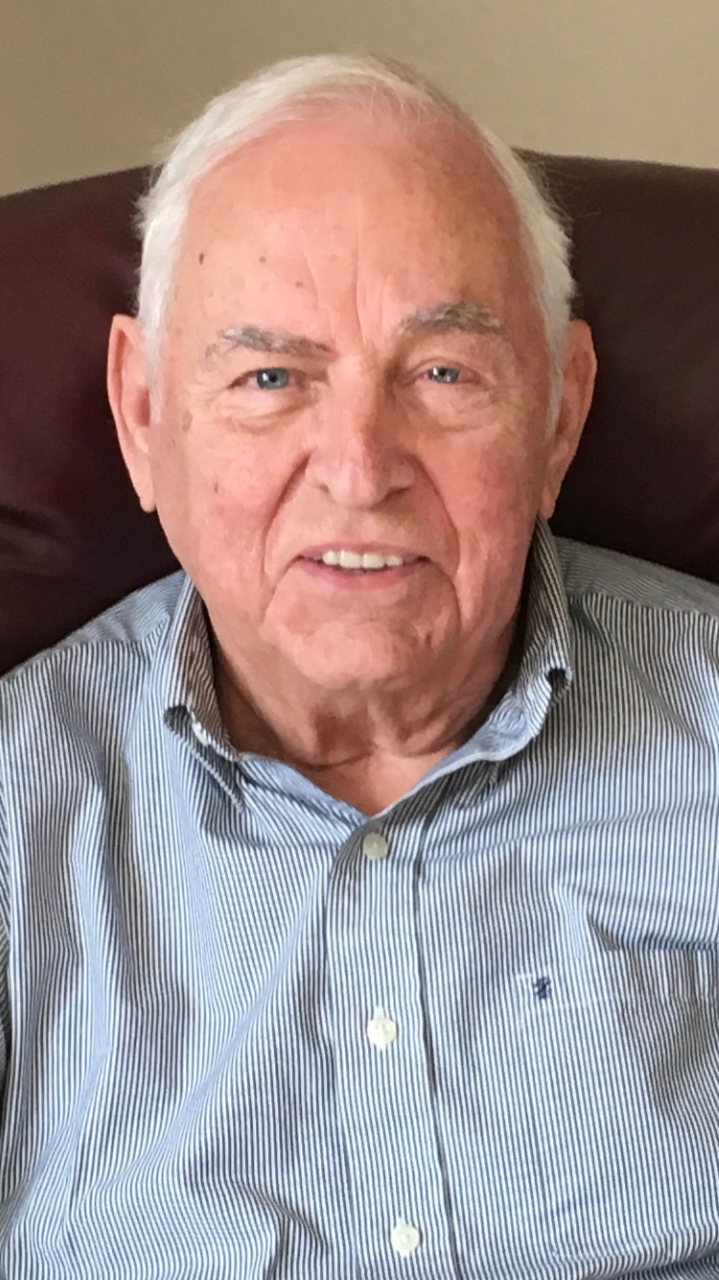 Donald Lee Bree was born June 3, 1935 in Lincoln, Illinois, the son of Paul O. Bree and Mildred L. (Klug) Bree. On July 3, 1960 he married Barbara J. McCullough. After having two daughters, Lisa and Laura, Don became a young widower. He was married to Donna J. Vanarsdall January 30, 1975 and the family was later blessed with a son, Brian. Both Don and Donna treasured each other and every day of their over 46 year loving and happy marriage.

Don grew up in Lincoln, Illinois, working from a young age tending and selling garden produce and later steeple jacking. After graduating from Lincoln Community High School he was the first in his family to go to college, initially at Springfield (Illinois) Junior College and then graduating with a degree in Industrial Engineering from the University of Illinois in 1957. His professional career in manufacturing engineering and management included being named Factory Management Magazine’s “Man of the Year” in 1976 and culminated in establishing Owatonna Tool Company’s Searcy, Arkansas manufacturing plant and serving as its Plant Manager. He was respected by his colleagues and coworkers as a man of integrity who treated everyone with respect and fairness.

After retirement Don enjoyed planning trips and experiencing extensive travel with his wife, Donna. His favorite destinations were Kauai, Hawaii and the Berner Oberland region of Switzerland. He enjoyed simple pleasures and quiet moments—a hillside picnic, a scenic hike, an oceanside spot, a beautiful sunset, a latte in the hot tub, a glass of wine, spending time with his loving family. He had played basketball in Junior College and remained an Illini fan, following NCAA tournaments closely each year. He was an organizer, planner, manager, do-it-yourselfer whenever possible, and a trusted advisor to his extended family when it was sought.

He was preceded in death by his parents, his wife Barbara, and his sister Lorraine E. Martinie.

A celebration of Don’s life is scheduled for 11 a.m. on June 1, 2021 at Grace United Methodist Church in Lee’s Summit, with a visitation at the same location preceding the service at 10 a.m. Langsford Funeral Home of Lee’s Summit is handling arrangements. In lieu of flowers, the family suggests memorial contributions be made to Grace United Methodist Church, 2400 E 50 Hwy, Lee’s Summit, MO 64063, or the Pulmonary Fibrosis Foundation, 230 E Ohio St., Suite 500, Chicago, IL 60611.

We extend our sincere condolences to Donna, Lisa. Laura, Brian and the entire family and will send prayers of comfort now and in the days to come.

Donna,
Travis and I send our love and prayers. We loved Don, he was a wonderful friend. Just wish we could have spent more time with him. Donna we have such wonderful memories of all our special times together. When the two of you visited us in Montana; we visited you and Don in Minnesota; Arkansas and Missouri. Especially when the four of us met in Florida. We are so blessed to have such wonderful memories.
Our memories of Don will always be a treasure we will hold in our hearts.

Lisa, Laura and Brian,
Your Dad was such a wonderful man. You were blessed to have had such a loving father.
Love to all of you, Travis and Cheryl

I always appreciated the opportunity to see him and receive his greeting; a gift to my mornings.

Donna and Brian,
My sincere condolences to you and all of your family in the loss of Donald. I remember the time you lived in Searcy and were all such a part of our church family. May God Bless you during this time of grief and changes.
Irene Gray