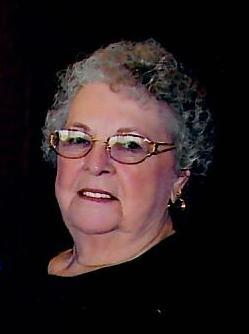 Donna Belle (Hooton) Loveall, 90, of Lee’s Summit Missouri, passed from her earthly life on April 29, 2022, after a long struggle with many health issues. She was born on March 17, 1932, in Sheldon, Missouri, the second of two daughters born to Robert Leslie and Hattie Viola (Russell) Hooton, both of whom preceded her in death.

Donna enjoyed a very carefree childhood growing up on family farms where the cows, horses and other family pets were her best friends and playmates. She first attended a one room school house called “Little Brick School” in Strasburg MO before her family moved to Wingate MO where she completed her elementary years. Her 7th and 8th grade years she attended school at Pleasant Hill MO before the family moved to Kingsville MO. There she completed her high school education by earning her GED.

In March of 1948 she married Robby Loveall. From that union, on October 29, 1949, a son, Kenneth Allen Loveall was born. He preceded her in death as did her older sister, Alice Lou (Hooton) Beattie.

In choosing her career, Donna tried her hand at many jobs from weekend work at Wonder Bread to clerical positions at Emery, Bird, and Thayer Department Store and Katz Drug Company. In 1962, after raising her son, she took a position with Western Electric, retiring in 1988 from a supervisory position. However, retirement was short lived because she drove a school bus for the LSR7 School District from 1989-1996. When the small children became too much, she turned to the Senior Generation and provided home care for several nice ladies until she took her final, final retirement.

She was an avid traveler and enjoyed seeing the sights of the US by car with family and friends. She also was right at home on the large cruise ships, sailing to the Caribbean, Mexico, Alaska and down the St Lawrence Seaway to the ports on the Northeastern Coast of Canada and the US. One of her most favorite adventures took her to the Hawaiian Islands, Australia and New Zealand. She talked about and relived that trip often!

Besides traveling, she enjoyed knitting, crocheting and quilting. Many families and friends were given gifts of the lovely items she created. She loved reading mystery novels, working jigsaw and crossword puzzles as well as tending to her beloved dogs and cats. Her last cat Molly (who was very spoiled) would sit contently on her lap, in the rocker, waiting to be groomed or watching TV with her, usually something about cooking, shopping on QVC or the nightly news. Yes, cooking was something else she did and did well! In her young married life, she would fix large family Sunday dinners as well as many large family holiday dinners. Everyone enjoyed her dishes especially rice pudding, chocolate pie, apple dumplings and homemade vegetable soup to name only a few.

Donna lived her life well and along the way gathered many friends. Those friends who survive will miss her dearly. She will also be missed by her surviving nephews, nieces and cousins, but all know their life was better because of her presence. She was kind, generous, witty and never hesitated to give you her opinion on almost any subject. She has certainly left a void here on earth, but we know she now walks among the angels in heaven.

In lieu of flowers, memorial contributions can be made to the American Heart Association or HELP Humane, 17122 Bel-Ray Pl, Belton, MO 64012

So happy that she is at peace and is with Kenny and her sister. A wonderful woman, smart, funny and so much fun. I wish I could have visited one more time.