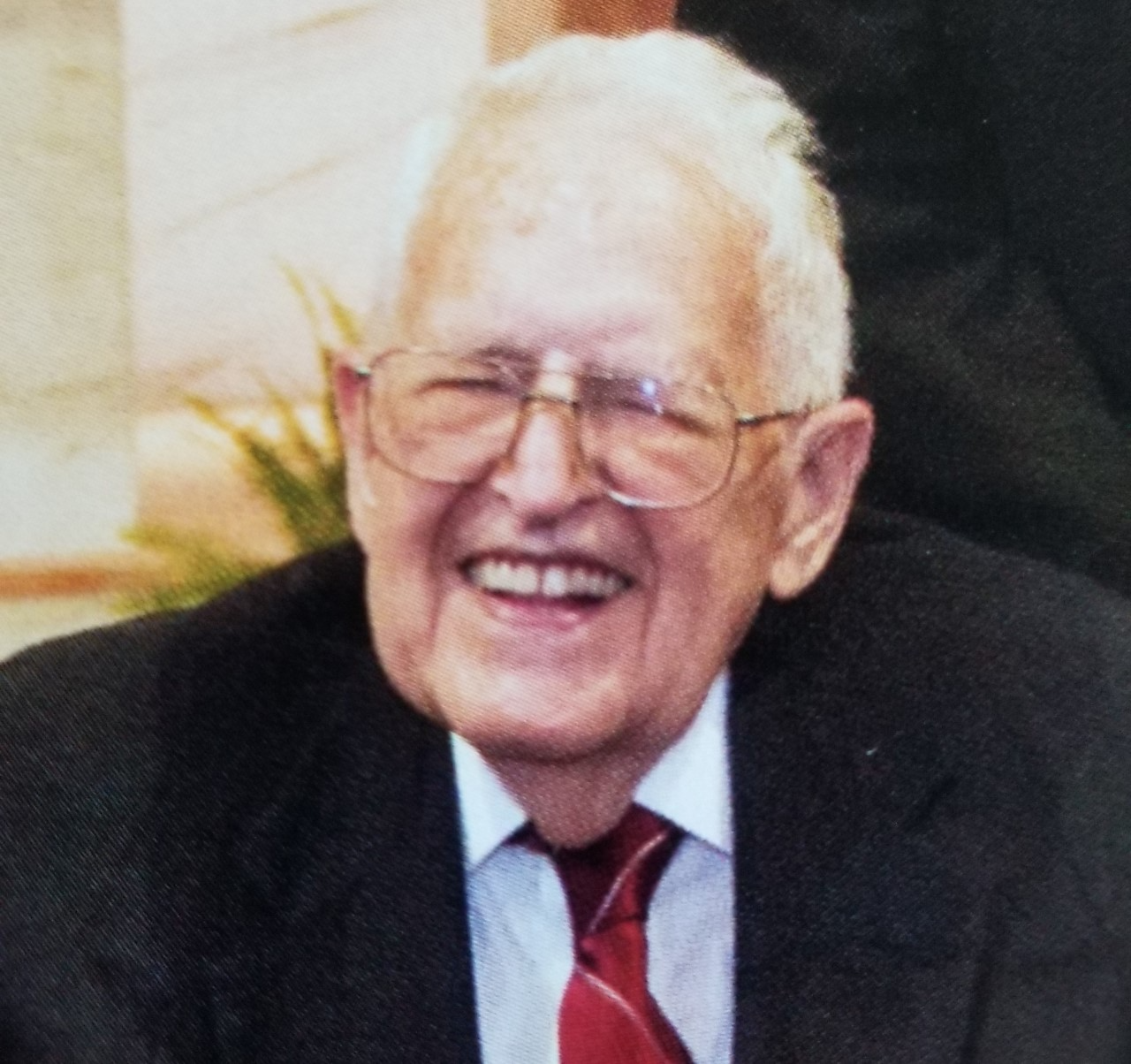 Dwight was born in Fort Scott, Kansas, and lived in Chicago and Detroit before his parents moved to Kansas City, Missouri when he was about ten years of age. Following high school graduation he attended William Jewel College then moved to Omaha, Nebraska, to manage a wallpaper store.

It was in Omaha that Dwight met and married Ardis Spain when mutual friends set them up on a blind date. Together they raised four children, David, Doug, Janet & Laura. After Laura graduated from high school they moved to Kansas City, Missouri. Dwight and Ardis had a total of 11 grandkids; seven grandsons and four granddaughters.
Dwight was active in the church throughout life. He taught a couples class for several years and was consistent in church attendance and Bible Study until his death.
As a career salesman he sold wallpaper, pharmaceuticals, and served as a manufacture’s representative traveling a region for a variety of giftware lines. He began doing taxes for Jackson Hewitt annually after retirement.
Dwight and Ardis enjoyed bowling with the church league for many years. He liked planting and caring for roses, tomatoes and a variety of potted plants during the spring and summer months. He loved to read and could often be found with a book in his lap or on a nearby table. He also enjoyed attending gospel concerts, watching the 700 club, televised sports, and talk radio, much to the chagrin of his children. His two indulgences were ice cream and Dr. Pepper.
Dwight was a principled, determined and tenacious man. He was preceded in death by his parents, his wife of 48 years, two infant grandsons and two granddaughters.  He is survived by one sister and brother-in-law, four children, one daughter-in-law, two son-in-laws, seven grandchildren and ten nieces and nephews.

I met Mr. Coon when I was Janet’s roommate in college and came home to spend a weekend. Both Mr. and Mrs. Coon were easy to visit with and I felt very comfortable visiting with Janet other weekends. Truly such nice people. Mrs. Coon made Janet’s special breakfast and always had a smile on her face. Mr. Coon was interesting to talk to and I got to visit with him on other occasions also. We know you will all miss him and you are in our prayers. Steve and Karol Hoehns

Dwight would ride to church with a couple of us church members and after service we would go for a drive and, of course, find a nice little ice cream place and enjoy good conversation. He is missed. Thank you for sharing your Dad with us.

Bob,
Sorry to hear your father passed away. He was a very kind and welcoming gentleman.
Sorry we are unable to attend his funeral.