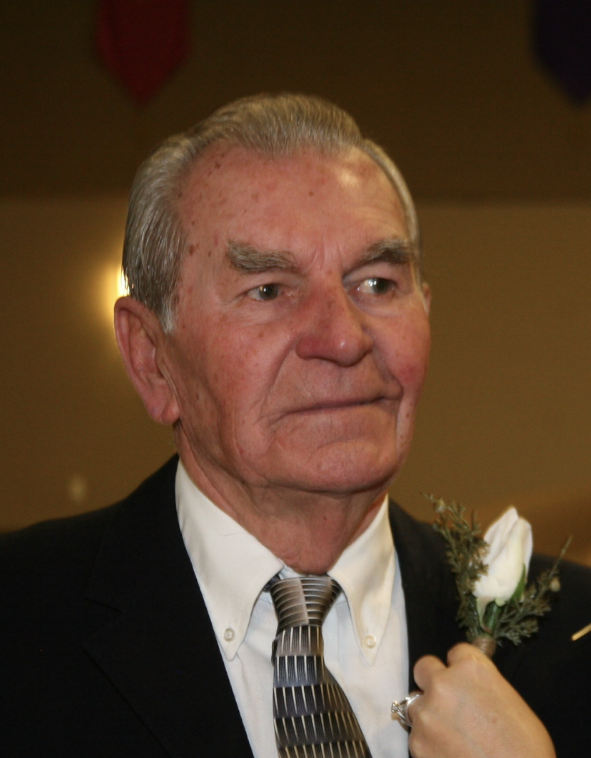 The Lord called our loving Dad home on August 24th, 2022. He passed away at the Rosewood Health Center of the Groves in Independence, Missouri, where he resided the last 8 months of his life. He was 89 years old.

Dad was born September 8th, 1932, in Kadonen, Lithuania the sixth of eight children born to his parents, Richard, and Monika Neumann. He was preceded in death by his parents and siblings: Trudy, Richard, Henry, Carl, Yenny, and Monika, and is survived by his brother Helmut Neumann of Arroyo Grande, Ca. Dad grew up during World War II and living conditions were very hard. He told us one of many stories where he shined up a pair of boots and traded them to a farmer for food. Money was scarce and what money you had, wasn’t worth much.

Dad graduated from the 8th grade and went into an apprenticeship for 3 years learning how to become a mechanic. He worked long and hard for no money through those years.

Dad moved to the states and lived with his sister Trudy until he joined the Navy. He was then sent back to Germany where he served from March 30th, 1956-November 25th, 1957. His last duty assignment was on the US Navy Rhine River Patrol.

There he met and fell in love with our mom, Kathryn Bork. On their first date, he asked her if she’d like to get married and move to the states and she said yes. They were married in 1957. They were together for 25 years. He is survived by all 3 of his adult children: Christine Lysinger (Jeffrey), of Kansas City, KS; Virginia Gibbons (Mike) of Bonner Springs, KS; and Edward Neumann of Ratcliff, Kentucky. His grandchildren: Brandon Bledsoe of Independence, Missouri; Jacob Bledsoe (Melissa) of Independence, Missouri; and Michael Bledsoe who was waiting to welcome him to Heaven. He also has 6 great grandchildren.

Dad was a loving, hardworking man. His work ethics were impeccable. He would always say, “I’m doing this for you guys. I want you to have a better life than I had growing up.”

When dad came to the states the second time after serving in the Navy, he built his own auto repair shop called “Eddy’s Transmission Shop”. He had to sell that business due to health issues and he opened another business on 24 HWY selling used cars. He would go to car dealers and car auctions to buy cars to sell.

He struggled with the English language, but he worked hard to get his U.S. citizenship and he was very proud of that.

He was a 32 Degree Mason and belonged to the Provost Shriners. He was a member of the Shriner’s motorcycle club. He volunteered helping at the Shriners Circus yearly and supported the Shriner’s Hospital.

Dad will be missed not only by his family, but by all those who met him. He left a lasting impression on them. Rick Danner, (Uncle Rick to us) Curly Reedus, (Mr. Curly to us) Bob Johnson, his account, and Fabian, the owner of The Little BBQ Joint were very special friends to our dad. We appreciate all that you did for him. You always made time for our dad even when you were busy. Thank you!

To Pastor Steve and Jill Hermann with One Community Hospice and Palliative Care thank you for being there for our dad and our family. From the first time we met you, you made us feel like we were part of your family. It’s never easy losing a loved one and you both were with us on this journey from beginning to the end.

Dad we love you, we will miss you, and we will meet up again one day with you.

In lieu of flowers Memorial Contributions can be made to:
One Community Hospice and Palliative Care
15600 Woods Chapel Road
Suite A
K.C.MO. 64139

Chrissy and family may God give you all peace and comfort during this difficult season.

With greatest sympathy,
Shominica and Ryan

Well my friend, I will miss you tremendously. We had a lot of good times and great conversations together. Having breakfast at Denny’s or coffee at Starbucks won’t be the same without you. You have some wonderful kids that I know are sad that they had to say goodbye. I pray for them to always remember the happy times with you.
Love, Rick Danner