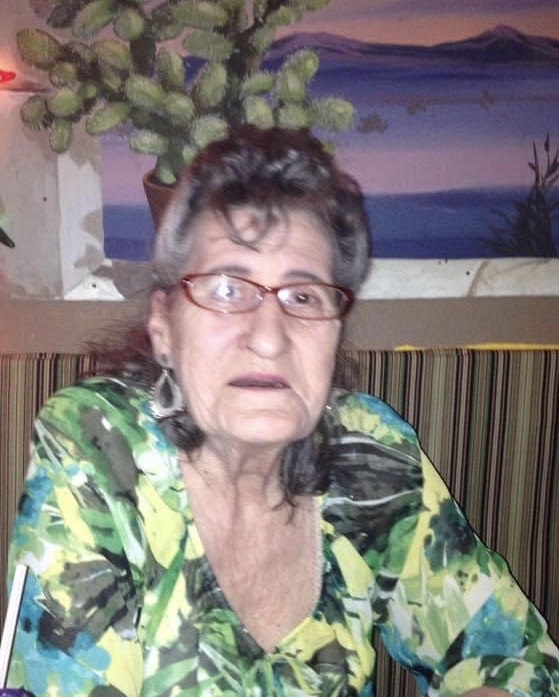 Evelyn “Gretchen” Tomblinson, 87 of Stover, Formerly of Versailles left us on Sunday September 20th, 2020, at home surrounded by her family. Gretchen was born July 15th 1933 in Gerster MO, the daughter of Grace “Lou” and Clyde Brown. She graduated from high school in 1951 and attended evening classes to learn bookkeeping and business. She was a military wife for most of the next 13 years, moving with her husband Emmett Scott and children all across the U.S.A. as an Airforce Family. In 1965 moving to Versailles and becoming manager then owner for over 20 years of the Standard Café in Barnette MO. After retiring she became a care giver to her friend and neighbor for many years. Her compassion for people was amazing.

She enjoyed listening to country music, gardening, canning and cooking and baking for her family and neighbors.

In addition to her husband, she was preceded in death by her parents and brother, Marvin Kimball Brown.

The family is planning a celebration of life for a later date.

I want to let you all know that you’re in my prayers. My memories of your mom was that she was always nice and kind. My deepest sympathy to you all.

Thinking of your family. I know you all were very close with your momma. You are in my thoughts and prayers. ❤️

All my love to the family of this wonderful friend of mine. She was the one in a million intelligent kind and a champion for her family as well as friends. I will miss her so very greatly all my love and blessings to the family! ❤️

Much love to you all. I wish I could’ve known your mom personally. She sounds like an amazing woman. Her legacy will live on in you and through you. Remembering you in my prayers. ❤️

To all of the family; I loved your Mom she was a wonderful person. She asked me once to watch over all of you. I’m so sorry I was not there but please know that all of you are in my thoughts and prayers. I pray that God will wrap His wings around you and carry you through this difficult time. Evelyn will be greatly missed. I miss all of you too.

Keep in touch if you can.
Holly Martin

My Dear Glenda and Family:
I am so sorry for your loss. Your Mom was an awesome lady with a very strong will and tons of sass. She could definitely make you smile and was never beyond letting you know what her thoughts were. I remember many conversations where she would listen and give me advice on everything from gardening, child rearing and not tolerating a lot of sass. She will be forever remembered fondly!!!

She was one of my favourite people loved her and her family peace be with you.

So many thoughts and prayers are being sent your way with many hugs and much love to all.

Joyce & to your family, we send our deepest sympathy to & may memories ease the during this time of loss.

Good on most afternoon. I wanted to let you know im still praying for protection over you and your family. Thinking about u and just know you are as strong and beautiful as your mother and remember u got this. Love Annie

Joyce and family,
I am so sorry for your loss. Losing our moms is so difficult. I’ll keep you in my prayers.

Joyce and family, so sorry for your loss. Her picture and the reading of her obituary are beautiful. Thoughts and prayers during this difficult time. My heartfelt sympathy to you all ❤️??

You and Kent is in my prayers ?.. your mother was a lot of fun to talk to. She always gave me a hug and kiss when I would leave. Mom always said God gives us no more than we can bear. You definitely have had your share. Hugs and kisses. If you need me for anything, im only a phone call away. I love you Glenda.