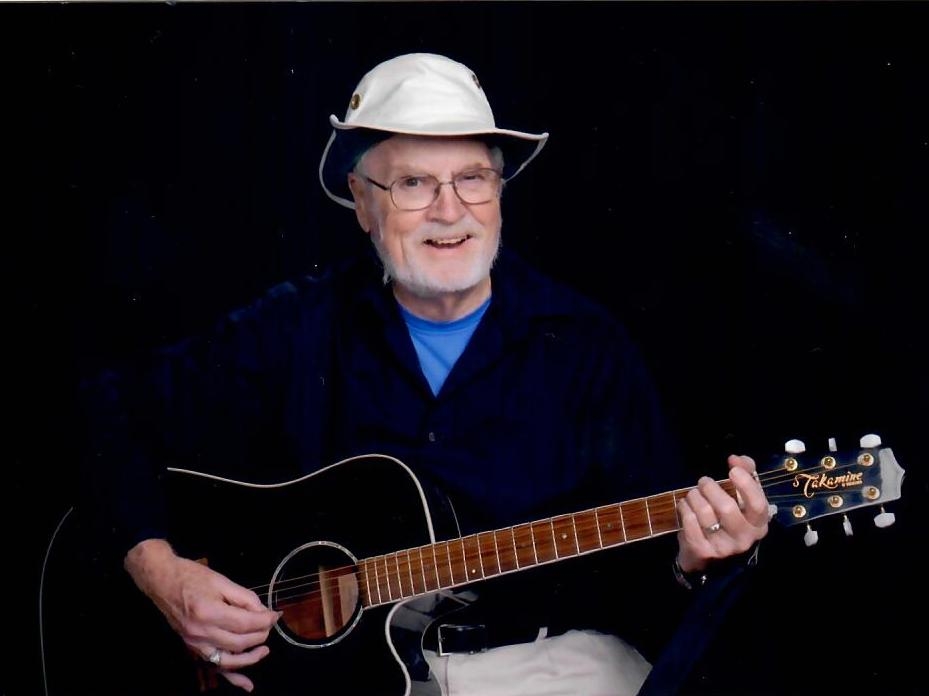 He was born on August 24, 1936 to Mary Ruth and Earl Van at Elmo, Mo. They moved to St. Joseph, Mo. in 1940. Farrell graduated from Mo. Western Junior College, then he finished his degree at Northwest Mo. State University at Maryville, Mo. in 1959. He married Nancy Carol Waegele, from Fillmore, MO. on August 17, 1957. He and his wife moved to Butler, Mo. in 1959, where he taught Industrial Arts, Jr. and Sr. High for 34 years. To this union two children were born, Kathy Lenor Eckert and Kyle Farrell Adkins.

He was very active in the Methodist Church, community clubs, the Gospel Quartet “The Overtones” and at many weddings and funerals.

He was affectionally called “Mr. A” as a teacher and was loved by all. He went back to school at Warrensburg, Mo. and received his Masters Degree on August 12, 1977 from Central Mo. State University. He was past Mater of Butler Masonic Lodge. He served on Butler City Counsel.

In 1999 he and his wife moved to Harrisonville, MO. to be closer to their two grandchildren, Ethan Tyler Eckert and Brenne Ann Adkins.

After retirement he and his wife enjoyed traveling and hosted Elderhostels, where they continued to learn and enjoyed music in many States.

He loved God, his wife, playing with his children and grandchildren, his guitar, singing, bicycling, motorcycling and traveling, later with trailers when they hosted State Parks.

He could fix anything, (get me the glue), loved working on his vehicles and his pride and joy was his restored 79 jeep. He loved movies, old and silent movies. He had a great sense of humor (don’t get serious on me) and was a friend to everyone.

In 2010 they bought a camper in Deming, NM, “The Land of Enchantment” where he found his, next to best friend,(after Nancy), Cecelia Carlsbad Rider (or CiCi), the sweetest chihuahua you have ever met. They purchased her in Carlsbad NM on a trip.

They moved to JKV in Lee’s Summit, Mo. in 20214, where they again shared their music and acting talent with the Fun Band, BD’s at Care Center, the theater group, Gospelaires, and music groups. Farrell and Nancy performed on the Pavilion stage, “Me and My Guitars with the help of Ethan Eckert and his recording talent and 200 some JKV friends attended.

He was preceded in death by his mother, Mary Ruth; father, Earl; brother, Charles Adkins and brother-in-law, Wes Lile.

He will be missed so much by his wife, Nancy; his daughter, Kathy and son-in-law, David of Harrisonville; Son Kyle and daughter-in-law Sheila of Harrisonville; grandson, Ethan Eckert and friend Abbie; granddaughter, Brenna Adkins and friend Gage: of Harrisonville. His sister Pat Lile of Florida and her wonderful family; his brother-in -laws; Terry Waegele and Donald Waegele of Savannah and Bolckow, Mo.

His prid and joy was his family, they became good parents, good citizens, good people who also shared their talents with Joy.

He and his beautiful voice and guitar playing will be missed by many.

A Celebration of his life will be held in the Spring.

Kathy and family my thoughts and prayers are with you at this time. So sorry for your loss

Mr. Adkins was my Drafting teacher at Butler High School. When I got out of the Navy (4 years) in 1969 I went to work as a Draftsman at Black & Veatch Consulting Engineers. In later years we went to Autocad (Computer Aided Drafting). I stayed there for 38 years.

Our prayers and thoughts are with Mr. A’s family. My favorite instructor. I learned how to repair guitar amplifiers Mr. A and working at Martin TV & Appliance in Butler. He made learning fun. He played guitar at our house at some of our basement jam sessions. He’ll be missed by so many folk. Thank you Mr. A. for everything.

Such a sweet sweet man not just a teacher to his students but a friend in the classroom and out. Heaven has a new member in the band/choir.

Nancy, Kathy, Kyle and all the family, my heart goes out to you in this time. I don’t even have to tell you what Farrell meant to me. You already know.

God Bless you all.

Farrell was a great guy to know. He had a wonderful sense of humor and was always fun to talk to. I enjoyed listening to him sing and play one of his guitars, and I had a really good time performing with him at John Knox Village.

His wife Nancy is also a special person, and I hope she will stay involved at John Knox. I’m glad she has a wonderful family to give her support.

My heart and prayers are with you all. God bless and keep you Nancy. I know how hard it is. Take care of yourself. I know Kathy and Kyle will be there for you. Love, Pat

Aunt Nancy, Kathy, and Kyle. My thoughts and prayers are with you now and always.
I am very very sorry about Uncle Farrell.
I have tons and tons of memories about all the
fun we had as I was growing up. He was the
most creative, I can make anything, and awesome person. He had a million dollar smile and could light up any room with a song or a quick joke. I am sorry he is gone from us but now he goes and sings up with God. Aunt Nancy God Bless and please let mom and I about the date of his spring celebration. Love Greg Lile

Farrell was such a force of nature I know you will miss him tremendously. I feel privileged to have had a cool guy like him as a big part of my childhood. Your home was full of so much love, music, joy and fun, I cherish the hours and hours I spent playing there. So many trips in the VW bus pop into mind when I think of my good fortune in knowing you all.
Your music and dedication to the church made you an integral support to my parents, who loved you all as dearly as we kids did. Your service to your community was exemplary, and Farrell’s guitar and singing brightened more occasions than I can count (as did your keyboards and lovely voice).
I’m grateful beyond measure for the entire Adkins family, with Farrell as the laughing patriarch. Please accept my condolences on this most profound loss.
May fond memories comfort you as you grieve.
Love to you all,
Susan Thornton

Mr. A was always a great teacher and I shall always remember him. When we were back in January for my dads service I was showing the family around and houses and people. My prayers and thoughts are with the family in this time.