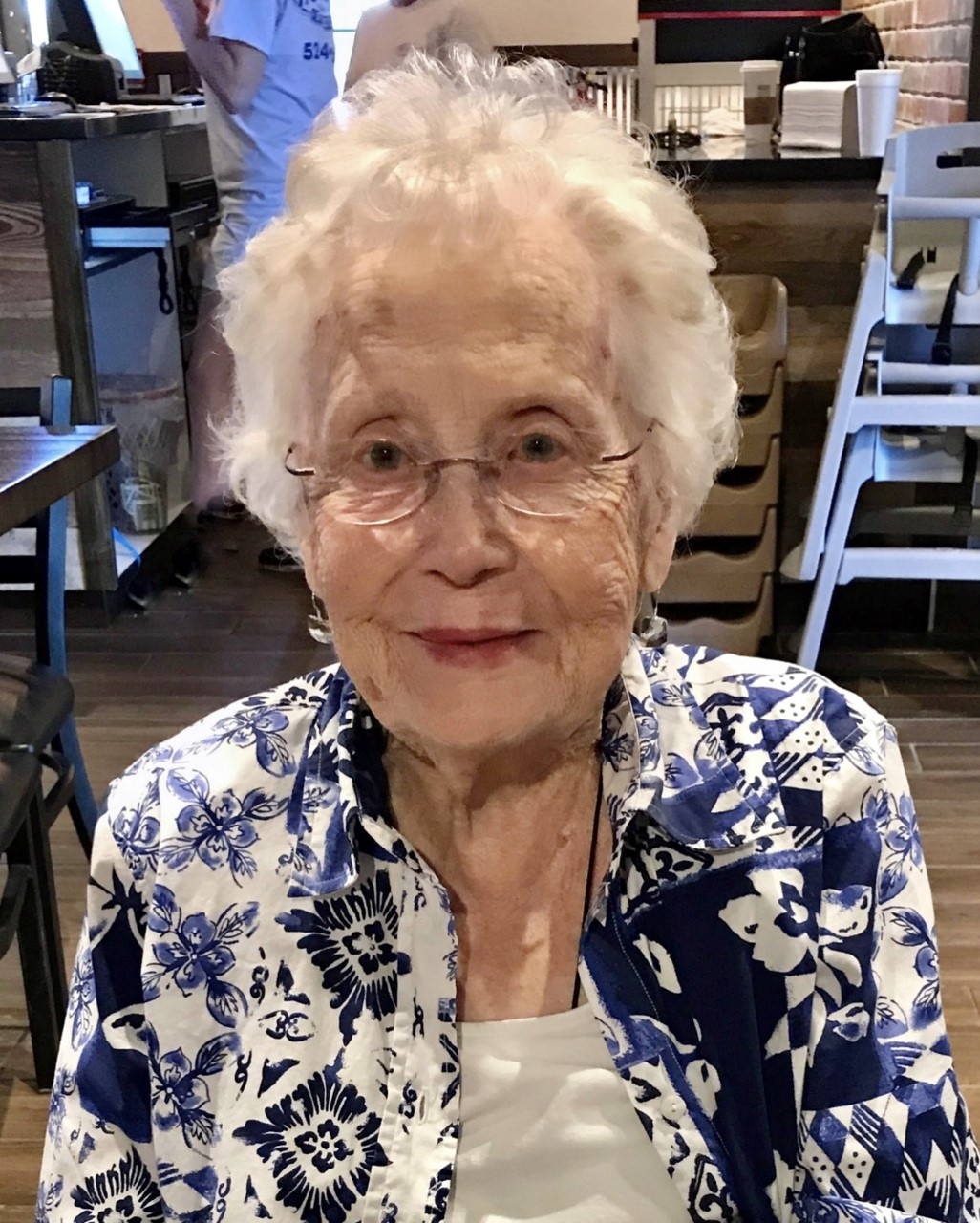 Frances Lucille Wehmeir, Lee’s Summit, age 94, passed away at John Knox Village Assisted Living on January 2nd, 2022. She was born on May 12, 1927, along with her twin brother, Charlies Herbert, to John and Bess McMillin in Fulton, Callaway County, MO.

Lucille attended Russellville schools through her junior year of high school, and then graduated from Jefferson City High School in 1945. She started her career as a secretary at the Missouri State Highway Patrol, Jefferson City. After getting married she worked at the FBI in Kansas City until she left to start a family. She taught herself to reupholster furniture, and had an in-home business in Lee’s Summit for several years. Later she returned to Longview College to refresh her secretarial skills, and was hired as an executive secretary by Missouri Public Service in Raytown. She retired from there in 1991.

Lucille had an aunt and uncle that lived near Tipton, Missouri. Wesley Wehmeir was their neighbor and he saw Lucille’s graduation photo at her aunt’s house, and he said “I’m going to marry that girl!” Wesley and Lucille then met and dated several years, and were married on September 9, 1956. They made their home in Kansas City, and then in Lee’s Summit, during their 57 years together.

She is survived by her children, daughter Lisa Smith (Richard) of Lee’s Summit, and son Mike Wehmeir (Brenda) of Gilbert, Arizona; and her grandchildren Logan, Caleb, Christian, and Alex (Tony), and great granddaughter Rosalie. She leaves behind many friends and family members who will miss her dearly.

Lucille was preceded in death by her husband, Wesley Wehmeir, parents, John and Bess McMillin, and her twin brother, Charles Herbert McMillin.

Lucille enjoyed Scrabble, Uno, puzzles, dominoes, and board games. She was an excellent seamstress and made clothing, curtains, pillows, and much more. Lucille was a former member of the Lee’s Summit Quilt Guild. She made numerous beautiful quilts and wall hangings. She was an excellent cook and known for her pies, deviled eggs, lemonade and homemade bread.

Lucille was also a former member of the Fellowship Church in Greenwood, the FBI Alumni, and the Senior Advisory Committee for Saint Luke’s Hospital East.

A private family graveside service will be held at the Enloe Cemetery, Russellville, MO, on Friday, January 7th. A celebration of her life will be held at a later date at a Wehmeir family reunion, which she organized for years. Langsford Funeral Home is not accepting flowers since a service will not be held at that location. The Family suggests contributions to the American Heart Association at www.heart.org or at PO Box 840692, Dallas, TX 75284-0692.

We are sorry to hear of your mom’s death. But you have to remember she had a good long life. More than alot of people. Take care.

Our thoughts and prayers are with you. May God’s embrace and memories of Lucille comfort you always.

I loved Lucille like a second mother. She was such a close friend with my mom who died last year. We all had such fund together over the years, and I will miss her terribly. I asked her to give my mom a big hug, after meeting Jesus and reuniting again with Wesley! Thoughts and prayers for her family–as this is a HUGE loss and will be felt for quite a while. My deepest condolences.