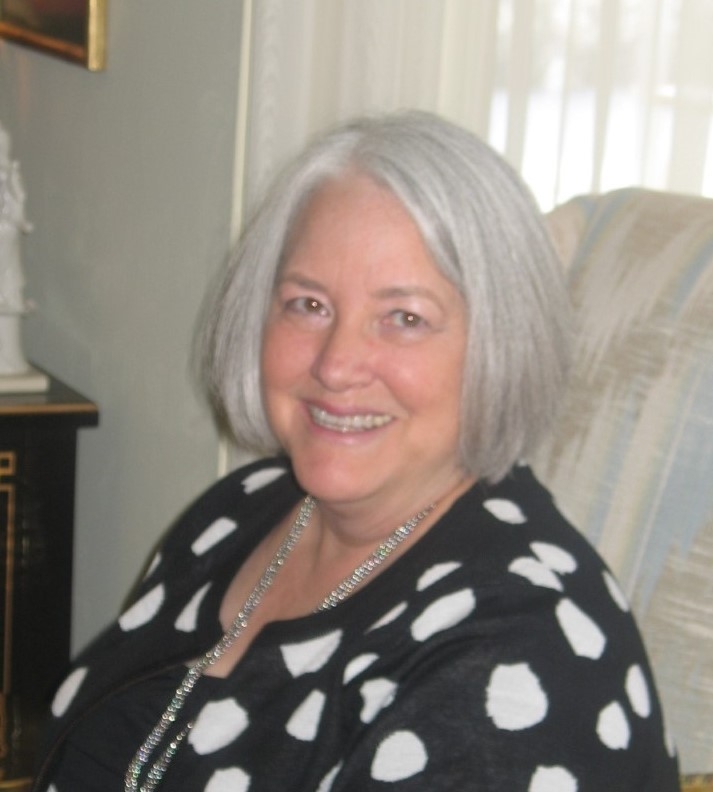 Frances Maureen Gish Wissel of Lee’s Summit, MO, passed away on January 2, 2021 at the age of 67. She was born on June 30, 1953 at the Base Hospital, Hamilton AFB, California where her father was stationed. At the early age of two months, she made a fast trip by car across the mountains, desert and plains and got to Kansas City as quick as she could. She has been the best daughter, mother to Brian, and friend anybody could have asked for. She was truly an “Unsinkable Molly Brown”. No matter what life would throw at her, she always rose to the top, regrouped and found a way to overcome anything. At times she would be juggling three jobs at a time in order to take care of her son.

Maureen attended Warford Elementary School in Hickman Mills and graduated from Ruskin High School in 1971. She attended CMSU in Warrensburg and graduated in 1974 with a teaching degree in Physical Education and High School Math. After substitute teaching dried up, she got practical and went to work for Mercantile Stores both in Kansas City and Cincinnati, Ohio for 20 years. She then took a job at Best Buy’s Headquarters in Minneapolis, MN where she worked for 18 years with the company’s internal computer systems. She was an expert in the universal bar code system and had been involved with it since its early beginnings. She loved the cold weather and snowstorms in Minnesota. She moved back to Lee’s Summit in 2015 and quickly found her old friends and made a lot of new ones. She worked for One World, a company out of New Jersey, for three years after she returned home to Missouri. She was a volunteer guide at the Nelson Art Gallery. She loved art, reading, eating out with old friends, Broadway shows, all her cats, traveling the world, her home, her garden and especially Chihuly’s art glass and traveling the country to see his shows.

She is survived by her son SSG Brian Christopher Wissel USA Fort Roberts, California and his wife Tennille. She is also survived by her mother Mary Frances Gish Penechar and her stepfather S. Joseph Penechar of Overland Park, Kansas; her brothers David A. Gish of Griffin GA and Christopher S. Gish (Susan) of Randolph NJ. She leaves two stepsisters, Cathy Bartholow (Martin) of Olathe, KS, and Amy Penechar Boyden (Jon) of Salt Lake City, UT; her aunts Virginia Olson of Adrian MO and Jane Adams Ferril of Sheridan WY; her nieces Kayla Gish Dennis (Greg) of Griffin GA and Sidney Gish and Perri Gish of Randolph NJ; two cousins, Debi Ferril Draland (Duanne) of Clarkson KY, and Victoria Ferril Erbschloe (Don) of Sheridan WY, and so many special friends and neighbors from all over the world. She was a loving and giving person always.

Memorial Contributions can be made to The Nelson-Atkins Museum of Art Educational Scholarship Fund.

Sorry for your loss. She was present and fun lady. Pat and Jim

I am very sorry for your loss. I met Maureen through her service at the Nelson-Atkins Museum of Art, where she will certainly be missed.

I’m so sorry for your family’s loss and the loss of so many who knew and enjoyed the company of Maureen. I got to know and work with her at the Nelson-Atkins Museum as a volunteer. She will be greatly missed.

I was a museum guide with Maureen. I remember taking her home one night because she could not drive due to the surgery on her hand/wrist. We talked about art and life. She was always upbeat and excited to help visitors at the Nelson. I will miss working our museum guide shifts together. She will be missed.

As a Museum Guide I looked forward to Zoom calls that included Maureen! She very recently sent me a personal email commenting very positively on the volunteer bulletin board that I had updated. That was special to me. And very Maureen-like. We will miss her.
Susan

Maureen’s passing is sad for all who knew her. She was a joy to volunteer with at the Nelson-Atkins Museum of Art. She always added value on our Museum Guide zoom trainings and get togethers with insights about the art or positive news about her managing during this unique time. I will miss her, too.

It was so sad to hear of Maureen’s loss. I worked with her at the Nelson-Atkins. It is a loss for us as well as your family.

Maureen was an absolute joy to work with at the Nelson-Atkins Museum of Art. Her warmth, good cheer, and curiosity were boundless and I always looked forward to catching up with her at trainings or during her shifts. She left a lasting impression on the Museum Guides and she will be deeply missed by us here at the Nelson-Atkins. Sending wishes of peace and comfort to her family and those who knew and loved her.

I am so sorry for your loss. I so enjoyed Maureen’s laughter, curiosity, questions and all-round great humor. It has been a pleasure getting to know her as we volunteered together up at the Nelson. She will be missed!

I will miss Maureen. When we had Zoom calls this year she was the first person to appear on the screen, always smiling! Her smile will always be with me.

Thank you so much for these comments about my sister Reenie. It brings a lot of comfort to my family. She was a person who was first and foremost kind, to everyone. She has a great legacy and showed that life is what you make it – if you just keep going and do your best. A great life! Thank you all again for these comments and sentiments.

I am so sorry to hear of Maureen’s passing. At one point, she was my manager at Best Buy. She was a very generous person with a giving heart. She introduced me to Chihuly, Stamping up, gardening and much more. She will be missed

Hi, I worked with Maureen at Best Buy. She was a beautiful person.
Always had a laugh to share when I talked with her. Maureen kept all she was in contact with in good spirits & had a great outlook in life. She taught by living! God bless to all her family & friends.

I am so saddened to hear of Maureen’s passing. I worked with her at Best Buy and we traveled the world working on standards. She was such a special person, always bringing people together. Seems she passed suddenly as I had received a Christmas card from her. Prayers for her family.

Maureen was a special lady. I had the honor of working with her at Best Buy. We traveled the world working on supply chain standards. I will miss her very much.

I just learned of Maureen’s passing today. I am so saddened by this news. She was a wonderful person and good friend. Always game for a fun day out! We had several adventures together, and alot of good times card making and trading cat tales. She is the reason I have my wonderful cat Buster! We hadn’t kept in touch since she moved back to MO, but I would think of her often. She is missed.