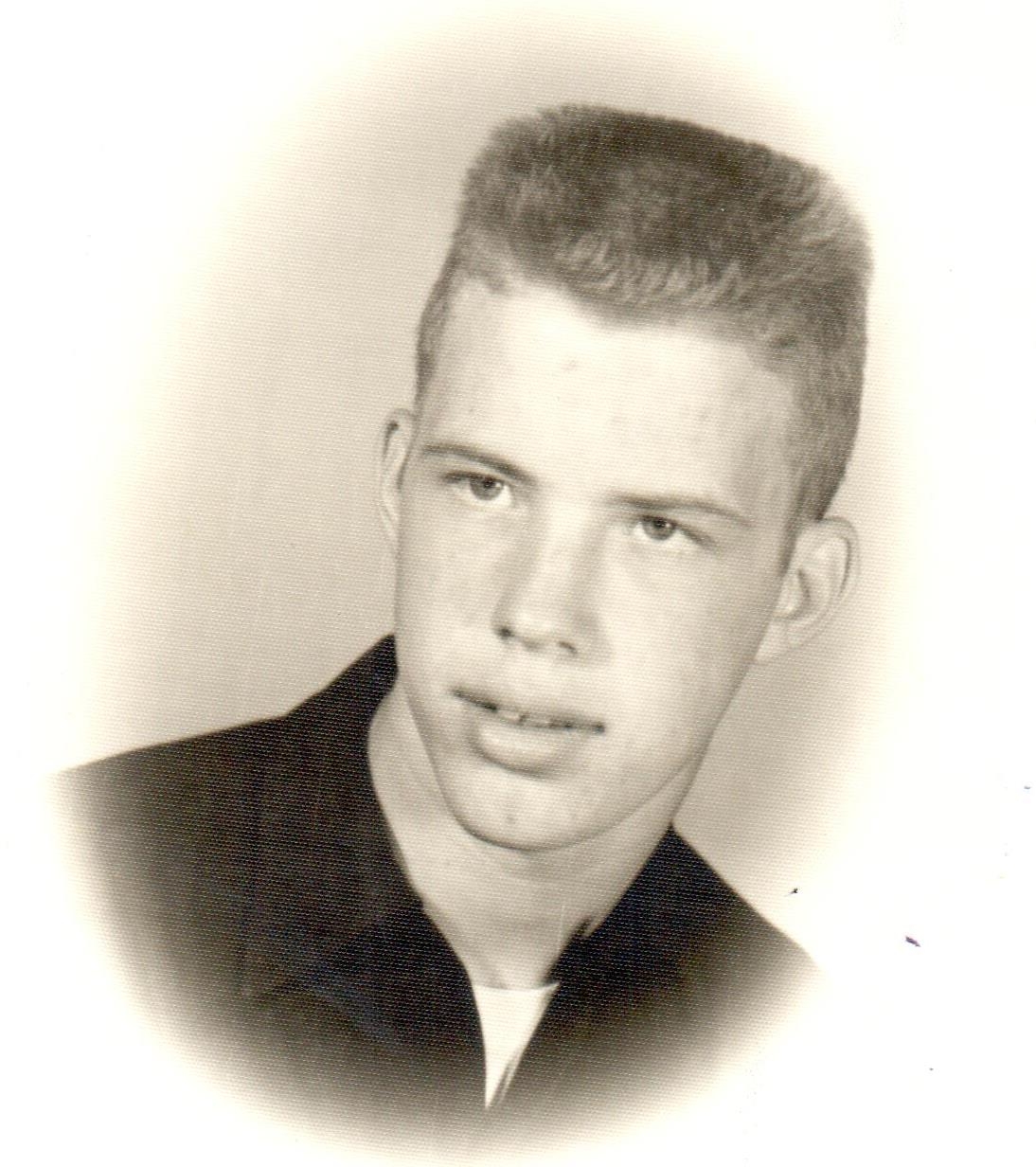 Gary Brown, 79, of Lee’s Summit entered heaven on October 24th at home. Gary Wayne Brown was the second of five children born to Thomas Brown and Darlene (Smith) Brown on October 21, 1939 in Kansas City. As a child, Gary loved to play sports, especially baseball which became a lifelong passion.

When he was 17, he enlisted in the Marine Corps where he was a champion boxer. After basic training, Gary moved back to Kansas City and began courting Darlene Wilkinson whom he had known since they were 8 years-old. Gary and Darlene were married April 4th, 1959. They made their home in Lee’s Summit and quickly welcomed three children: Debbie, Rick, and David. Gary worked in the same building for 42 years although the company changed from Western Electric to AT&T Technologies to FabTech.

In 1975, Gary and Darlene were surprised to learn that they were expecting a fourth child: Daniel, who was named after Gary’s best friend. As his sons grew up, Gary began to coach baseball in Lee’s Summit. Gary coached for 25 years and was a leader of the Lee’s Summit Baseball Association (LSBA). He impacted many young men through his decades of coaching baseball, basketball and soccer. At the age of 55, Gary attended a Promise Keepers conference in Boulder, Colorado with a group of men from the First Baptist Church (FBC) of Greenwood where he accepted Jesus Christ as his personal Lord and Savior. He became an avid student of God’s Word, a gifted Sunday School teacher, a deacon and a leader; first at FBC Greenwood and then at Summit Woods Baptist Church.

After Gary retired from FabTech, he followed his lifelong passion for gardening into a small business doing landscaping. He will be remembered by his family for his innate nurturing ability not only for plants, but also for babies and dogs. Gary was preceded in death by his wife of 58 years, Darlene; his parents; his brother, Errol Brown; his sister, Elsie Campbell; and his beloved puppy dogs. He is survived by his four children: Debbie Sylvester of Mt. Airy, MD; Rick and David Brown, both of Lee’s Summit; and Dan (Jennifer) Brown of Ankeny, IA. He will also be missed by his sister, Carol Purdom of Blue Springs; his brother, Danny Brown of Lincoln, NE; his seven grandchildren: Mallory, Kyle, Courtney, Madison, Truett, Garrett and Delaney; and his great- grandsons: Jackson and Beckett.

You are finally home in Hallelujah Square
With beloved Darlene Simba, Zander & Jesus! Know you are already asking questions & expect to play some baseball. You can eat anything you want, dessert first of course!YOU were & will be loved always.

Carol so sorry for your loss. It’s hard to lose a sibling. My prayers are with you.

I know the pain you feel at this time but there is joy that your Dad is at peace and with youŕ Mom. Most important he is with his Savior. Praying for you that you find comfort knowing that God is with you in every step you take

I’m so sorry to hear of your brother’s death. I know it’s a great loss for you, but a great joy for Heaven. My prayer for you is for peace and acceptance and the knowledge that you will see him again some day??

Carol, our condolences go out to you in the loss of your brother. We know how much you loved and valued your family and would do anything for them. Our hearts go out to you during this difficult time.
Love and prayers for you and your family. ❤️

Heartfelt sorrow for your family, Gary was one of the most generous bosses anyone could ask for in terms of fairness and understanding. Truly a wonderful husband, father, grandfather,great grandfather.

Gary was the most awesome example of a well-lived life. He led by serving…service to God, service to family and service to country. He blessed so many young men through coaching on and off the field.

We know that He is in Heaven with his darling Darlene now and any pain and suffering is gone. Knowing Gary Brown was a gift to us.

Carol, I am so sorry to hear about the sad news of your brother. I know he’s been sick for some time. And I know he is in a better place and I know in your heart that you know that but that doesn’t make the pain any less at this time I wish you and your family and his family all the prayers and all of the good memories possible. Please know that I’m praying for you